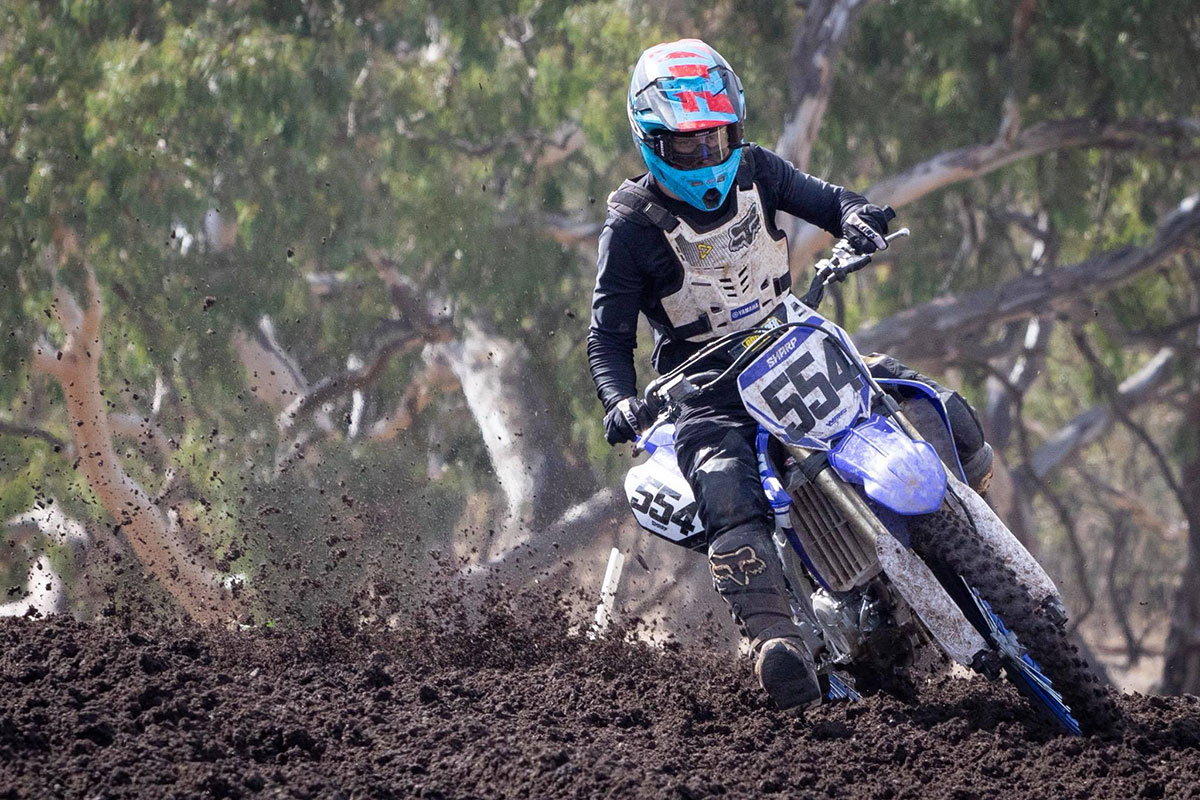 MX1 C Grade winner Robbie Sharp. Photo: Pulse Media
Round one of the Victorian Senior Motorcross Championships have set a benchmark for the rest of the season!

It was a weekend where a lot of riders stood out from the crowd and really made a mark on their categories. Defending champ Callum Norton showed great form by taking out all three races in the MX1 A-grade, an electrical issue during race one of the MX2 A-grade saw Norton end with a DNF, with the bike stopping and not starting again. With the bike fixed Norton was back on track for race two and took out first place, following up in race three with a second.

Morgan Fogarty took out the MXD(under 19 development class) on Saturday, showing great form. Fogarty followed up on Sunday with two wins and a second in the MX2 A-grade class, truly dominating the field.

Mildura rider Ryan Grayling finished the leader in the MX1 B-grade on the Saturday. Grayling returns from a semi-retirement after a few years out of the sport with an exceptional return performance! You would never have known that he had time out!

Micheal Murphy had one heck of a weekend winning, the MXD B-grade and MX2 B-grade. Murphy is fresh out of the juniors and is certainly finding his feet with more confidence and making his mark on his classes.

Nicko Green took out overall for the day in the MXD C-grade class. Green was the consistent performer and finished up front in all races.

In the women‰Ûªs class‰Ûª Madison Bird come away as the leader in the Ladies Expert class ‰ÛÒ Bird really working hard for the lead with Alysha Goullet putting a good challenge! Talking all three hole-shots.

Erica Thompson took out the Clubman Ladies class, with impressive finesse. Cheyenne Hine dominated with a very impressive performance making her mark in the Ladies Clubman, however she came a cropper in the last race which gave her a DNF and also a broken thumb in two places! Due to this injury she may miss the Colac round.

In the Veterans over 40‰Ûªs Class Mike Reefman stamped his domination on the field, demolishing the competition. Julian Carafa was the over 30‰Ûªs champion in 2017. Carafa again smoking over 30‰Ûªs class, at this rate will he take it out again?

Iron man effort goes out to James Graham not only did Graham do the over 40's but also the over 50's. Graham convincingly won the over 50‰Ûªs class and came in second to Mike Reefman in the over 40‰Ûªs. ‰ÛÏA great effort from an old bloke nearing retirement! Every day he is a bit closer to retirement, you know, being such an old fella! But he should certainty not retire from Motorcycling!‰Û