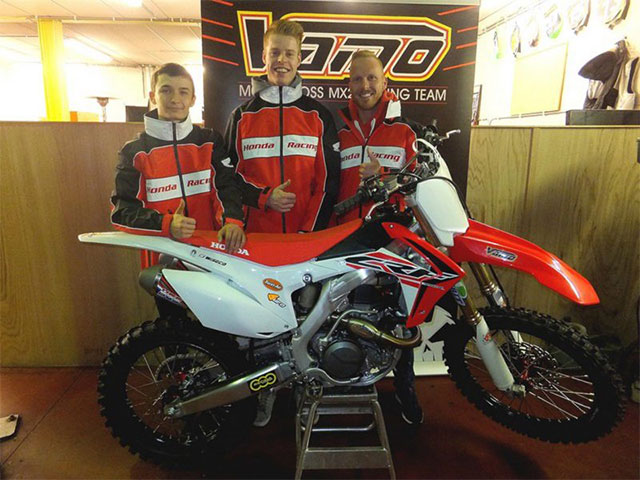 Honda and the Vamo Racing Team have joined forces for a 2017 campaign in the MX2 category of the FIM Motocross World Championship, completing the Honda-supported stable of teams ready for next season.

With riders Michael Ivanov and Lars Van Berkel riding the Honda CRF250R, the team will compete in the MX2 World Championship alongside a programme that will take in the Dutch and Belgian national championships, too.

The 2017 MX2 World Championship season gets underway under the floodlights of Losail, Qatar, on February 25, before the action moves swiftly on to an all-new round in Indonesia the following weekend.

"Both riders and crew are extremely motivated to start working with Honda and the CRF250R, and with two talented riders and another season with great looking bikes we are feeling incredibly positive and excited to represent Honda and get our new challenge started.‰Û