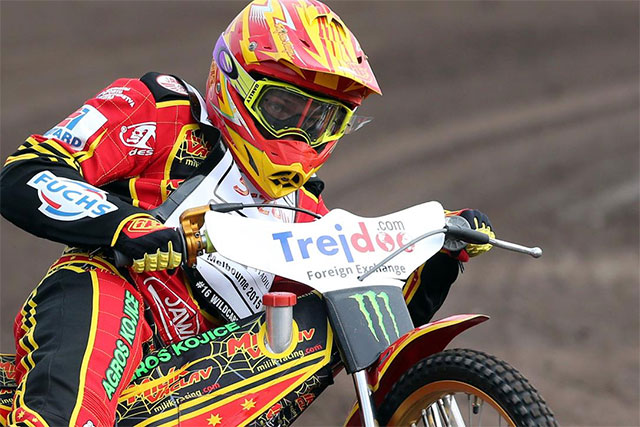 The Pardubice-born star dons the famous No.16 race jacket for the third straight season in what will be the 20th FIM Speedway Grand Prix event staged at Prague‰Ûªs Marketa Stadium.

Since the retirement of national icons Lukas and Ales Dryml, Milik has firmly established himself as Czech speedway‰Ûªs leading light.

He fell just a point short of qualifying for the World Championship at last season‰Ûªs GP Challenge in Rybnik and was named by the SGP Commission as third reserve for this year‰Ûªs series.

A former FIM Speedway Under-21 World Championship finalist, Milik regularly competes for his country in the Monster Energy FIM Speedway World Cup and raced in the 2013 Final in Prague.

He rides for hometown club Pardubice in the Czech league as well as Wroclaw in the Polish Ekstraliga.

Milik is joined in the Czech SGP by track reserves No.17 Josef ‰Û÷Pepe‰Ûª Franc and No.18 Eduard Krcmar. Both men are Czech internationals.

The referee for the Prague event is Jim Lawrence from Great Britain.