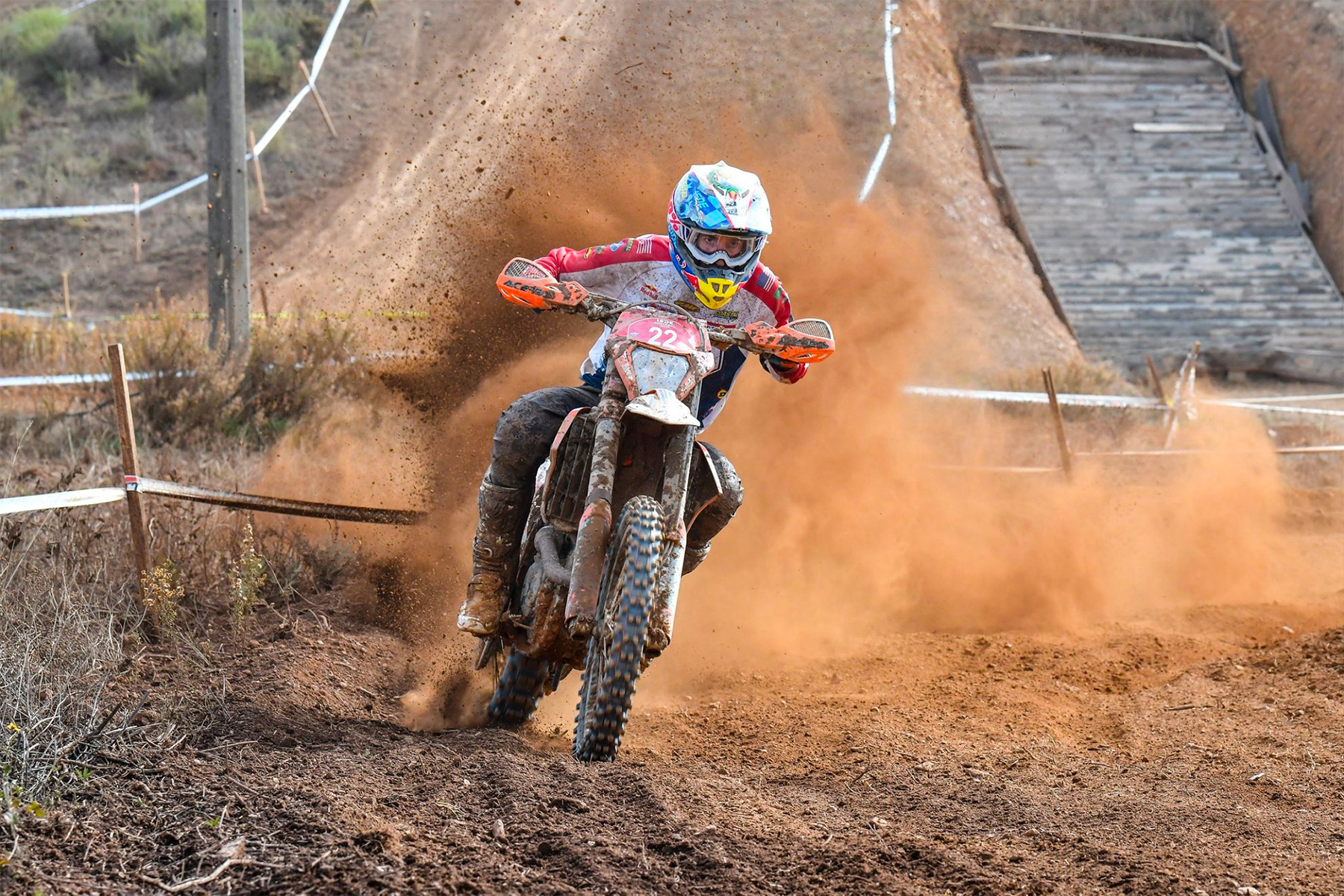 USA's Taylor Robert was once again one of the top three overall and backed up solidly by team-mates Steward Baylor and Kailub Russell to keep the Americans on top after day 4. Photo: Dario Agrati
The United States defend their FIM World Trophy lead on day four of the FIM International Six Days of Enduro (ISDE) in Portugal.

The FIM Enduro Vintage Trophy took to the track with Italy‰Ûªs Mario Rinaldi topping the eighty-one rider entry on the opening day of racing.

The twists and turns of the ninety-fourth FIM ISDE continued on what proved to be a wet, windy and at times blustery fourth day of competition in Portimao. The beaten trails of the technically demanding two hundred and sixty-six-kilometre-long Monchique Route pushed the five hundred plus entry from twenty-six nations to their limits.

Moving another step closer to securing their second FIM World Trophy victory, the United States edged out their closest rivals and defending champions Team Australia for victory on day four. Despite the best efforts of Australian Daniel Sanders who secured his fourth consecutive outright win, collectively the United States proved too strong. Taylor Robert, Steward Baylor and Kailub Russell all finished inside the top seven, extending their lead to one minute and twenty-seven seconds.


It wasn't all plain sailing for Sanders though. "I had one crash in test three and other than that I had no problems, it was another great day for me extending my outright lead. The World Trophy is still within our grasp and we ned a flawless final two days to make it happen!" Sanders said.

Behind the top two, Italy maintain their position of third overall with the third fastest time on the day. Extending their advantage over Spain in fourth, they now hold a sizeable seven-minute lead over the Spaniards. However, while both Italy and Spain are now down to three riders, Finland and France - in fifth and sixth respectively - have all riders intact and are ready to capitalise on any further errors from the teams ahead of them.

Host nation Portugal remain inside the top-ten with ninth. Team leader Diego Ventura is enjoying having the FIM ISDE on his home soil.

‰ÛÏIt‰Ûªs been an amazing week so far having the FIM ISDE here in Portugal,‰Û 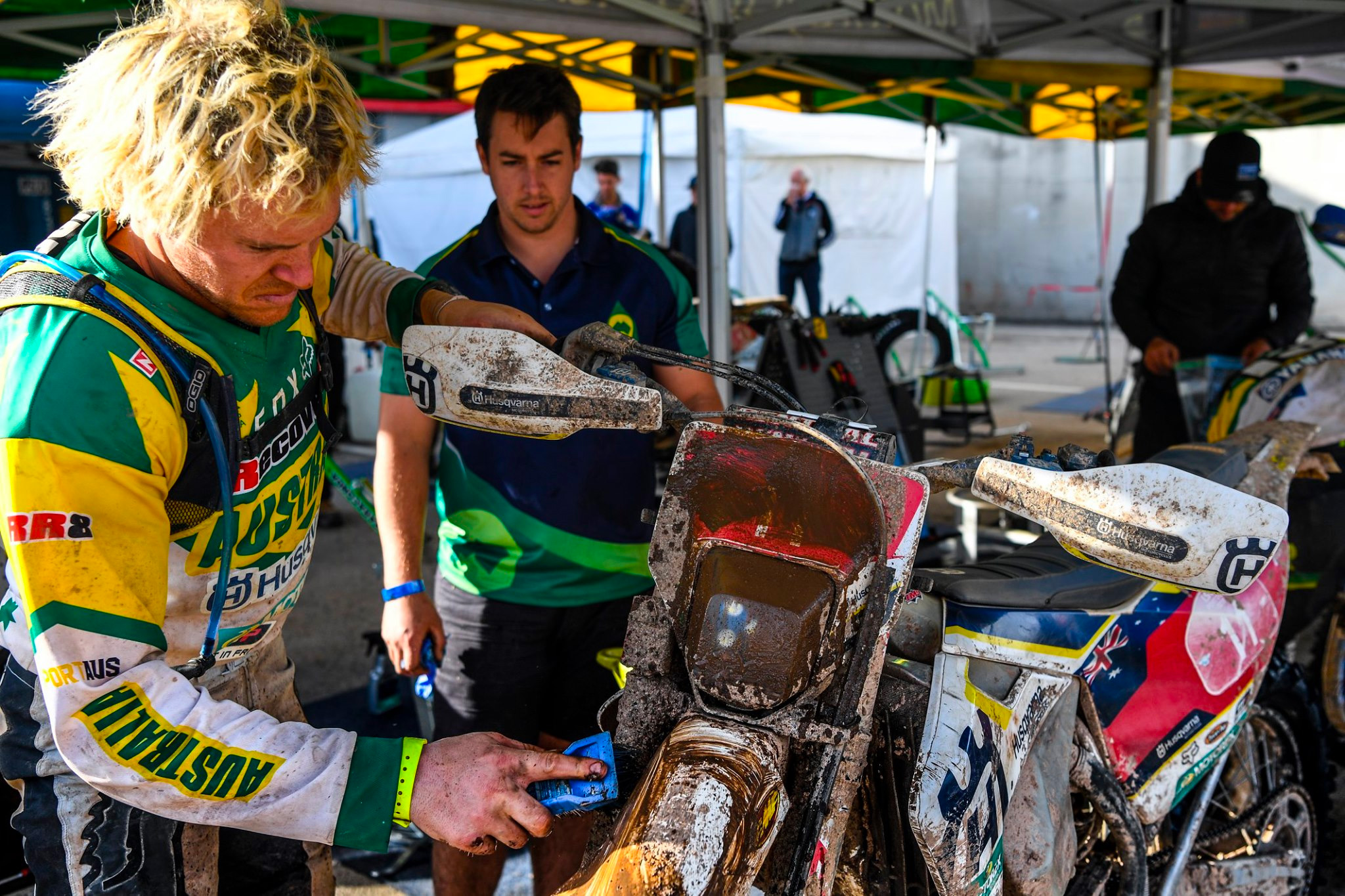 Daniel Sanders won his fourth straight overall on day four to keep the defending champions within a minute and a half from the Americans. Photo: Dario Agrati
The RecoveR8 supported Team Australia put in a definitive charge on day four to cement their position at the head of the FIM Junior World Trophy category. Untouchable today, they claimed a commanding four-minute victory over Italy. That result moves them close to a nine-minute advantage over the United States, who sit in second position, with only two days of competition remaining.

Gaining time on the United States, Italy‰Ûªs second place on day four closes the gap to two minutes and thirty seconds. Spain drop further behind the leading trio, sitting almost fourteen minutes behind Italy in fourth. Host nation Portugal delivered another consistent showing to move inside the top-five - capitalising on the exit of Great Britain. 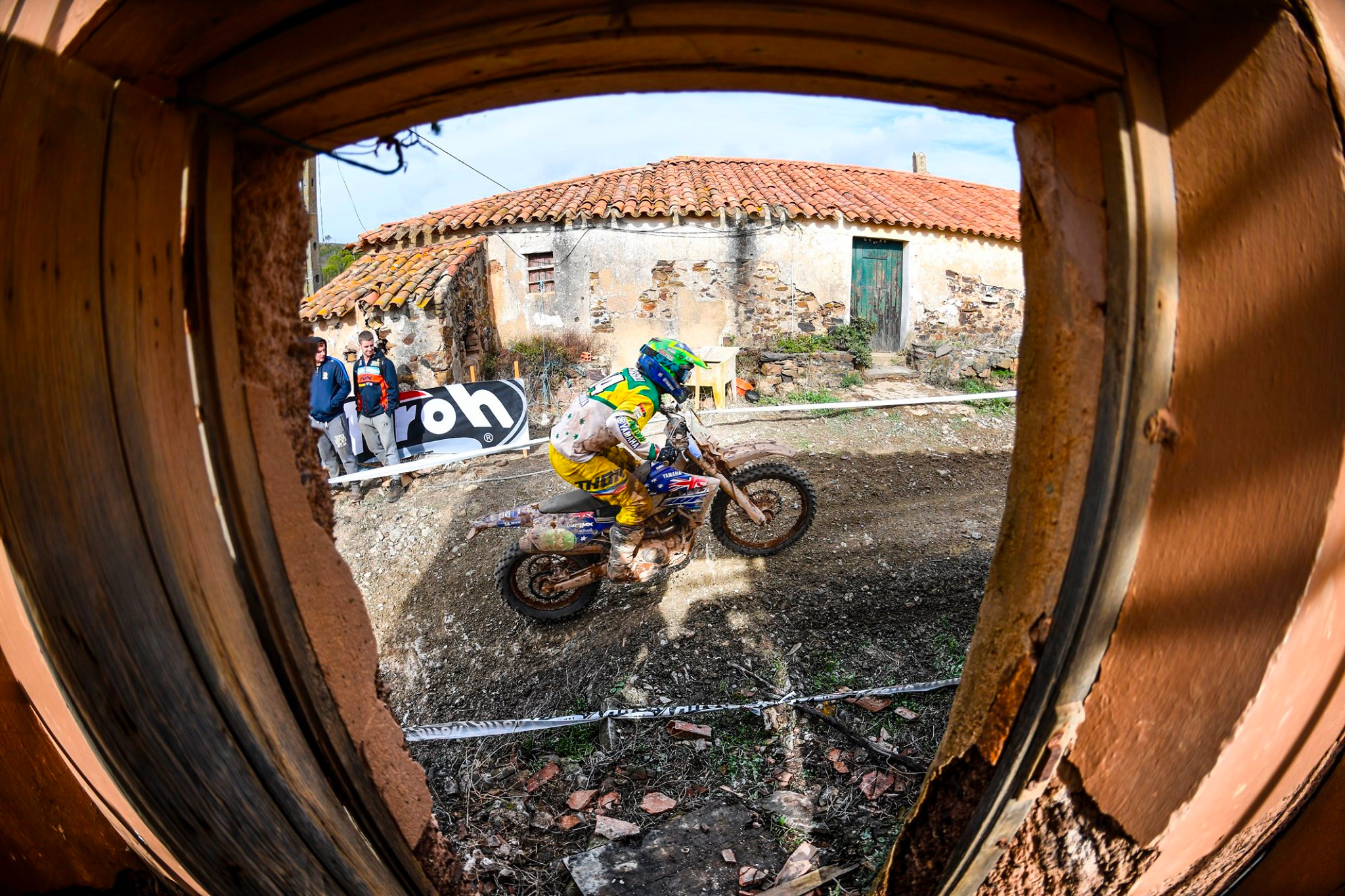 Michael Driscoll helped the Australian Junior Trophy Team to the day four win by four minutes and and eight seconds to maintain their top place in the standings. Photo: Dario Agrati
Great Britain - in what is their debut FIM ISDE - are on course to claim a memorable result. Sitting second overall, they head Germany in third by just over three minutes. Second fastest on day four, Germany will be motivated to bridge that gap to Great Britain and have two more days of racing to do so. Three minutes behind Germany in fourth, Spain are not out of the running for a podium result either, while Sweden complete the top-five.

Spain‰Ûªs Josep Garcia produced another dominant display of riding in Enduro 1 to claim his fourth win of the week. Sweeping all seven special tests, he also ended his day as outright second fastest rider to Sanders. He tops the category by over five minutes from the United States‰Ûª Ryan Sipes, with Italy‰Ûªs Andrea Verona in third and leading Junior. 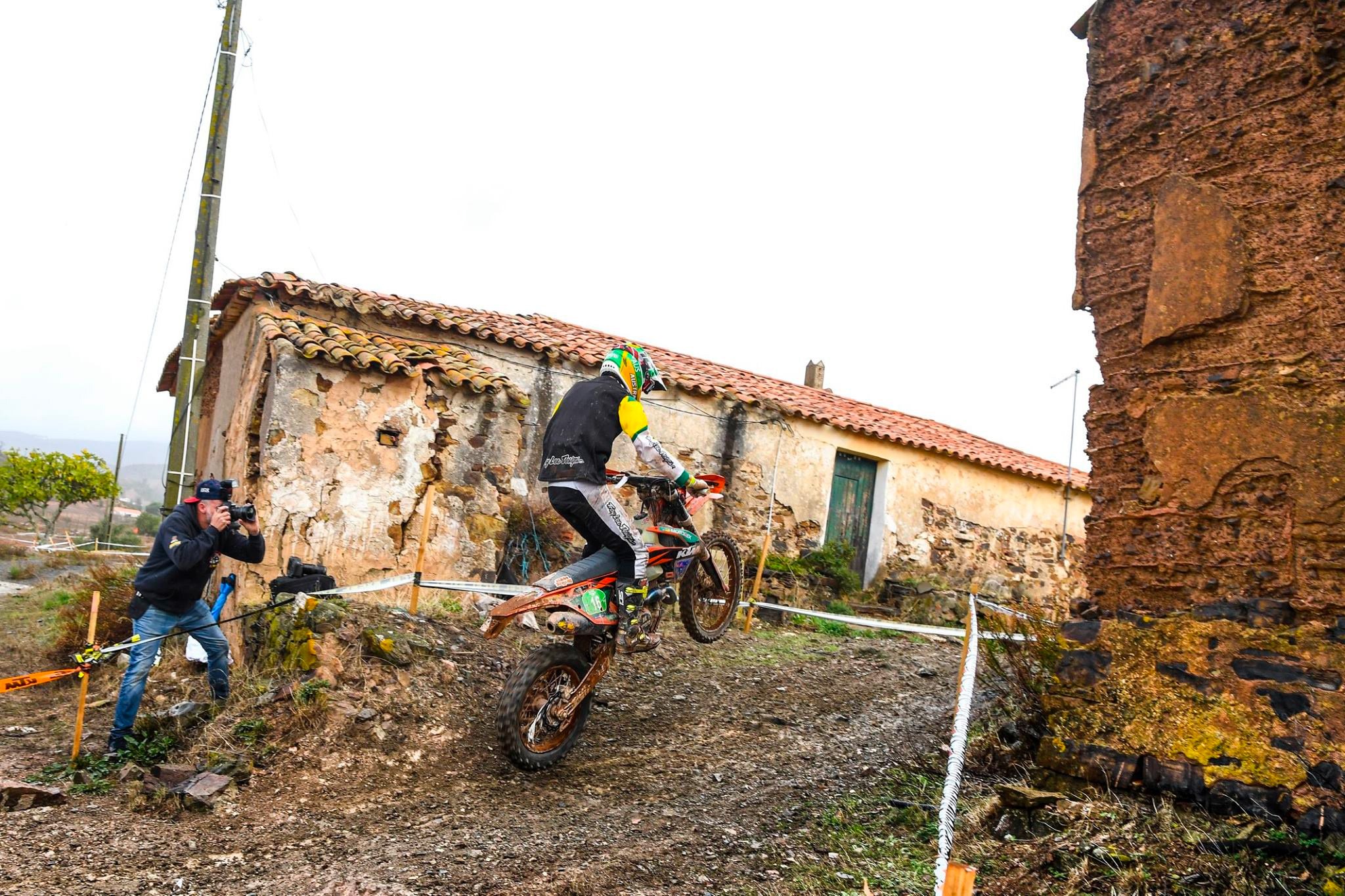 As now expected, Daniel Sanders showed his rivals the way to go for the fourth day running. Untouchable, taking seven test wins from seven, he puts himself six minutes and twenty-five seconds clear of Great Britain‰Ûªs Danny McCanney. Delivering his best result of the week, Steward Baylor moves up to third overall ‰ÛÓ passing Italy‰Ûªs Rudi Moroni thanks to the third fastest time on the day. 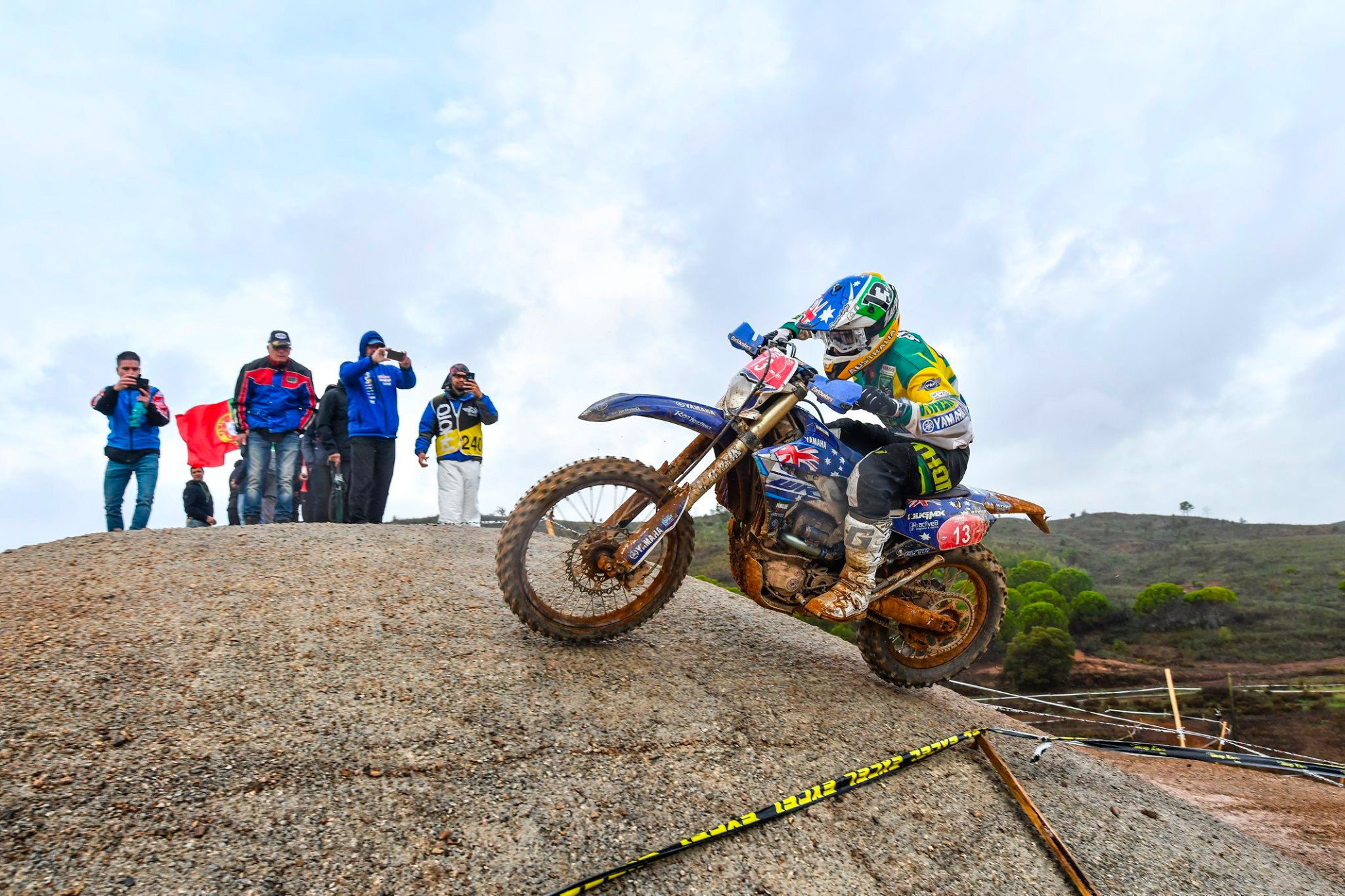 Luke Styke logged a far stronger finish on day four, finishing in 4th position in E1 and landing in the top ten outright with tenth position. Photo: Dario Agrati
The Enduro Women‰Ûªs class witnessed some of the day‰Ûªs biggest developments with the exit of Tayla Jones and Germany‰Ûªs Maria Franke taking over the race lead from United States‰Ûª Brandy Richards. Franke was on flying form, topping five of the day‰Ûªs seven tests to win over Jane Daniels, while overall leader Brandy Richards had a difficult day in third.

"I had a big crash and hit my head pretty bad," a dejected Jones explained "I tried to continue racing but couldn‰Ûªt see properly and it was getting dangerous for me to keep going. It was a really hard decision to pull out as that left Jess as our only rider ruining our chances of regaining the title. The ISDE is a team event and to let the team down sucks. I‰Ûªll be back better than ever and we‰Ûªll have another go at it."

Franke now leads the classification by one minute and twenty-six seconds from Richards, with Daniels close behind in third. Jessica Gardiner is the sole remaining Australian in fourth with Spain‰Ûªs Mireia Badia fifth. Day five, the penultimate day of the FIM ISDE, sees competitors tackle a new course. Crossing the Barocal, which takes place to the south west of the Algarve region and will be characterised by gravel and rocks and will feature two hundred and eighty-five kilometres of riding. 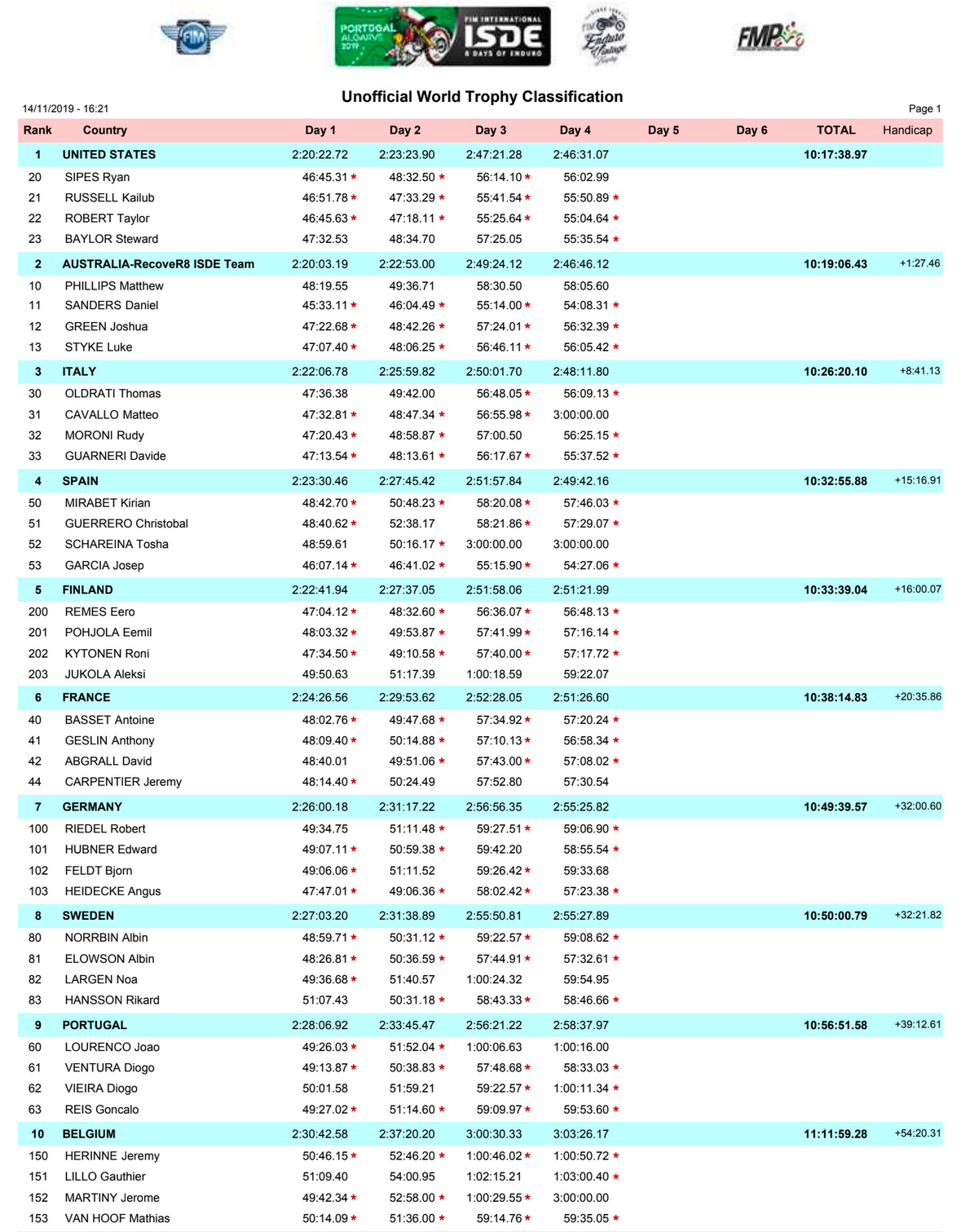 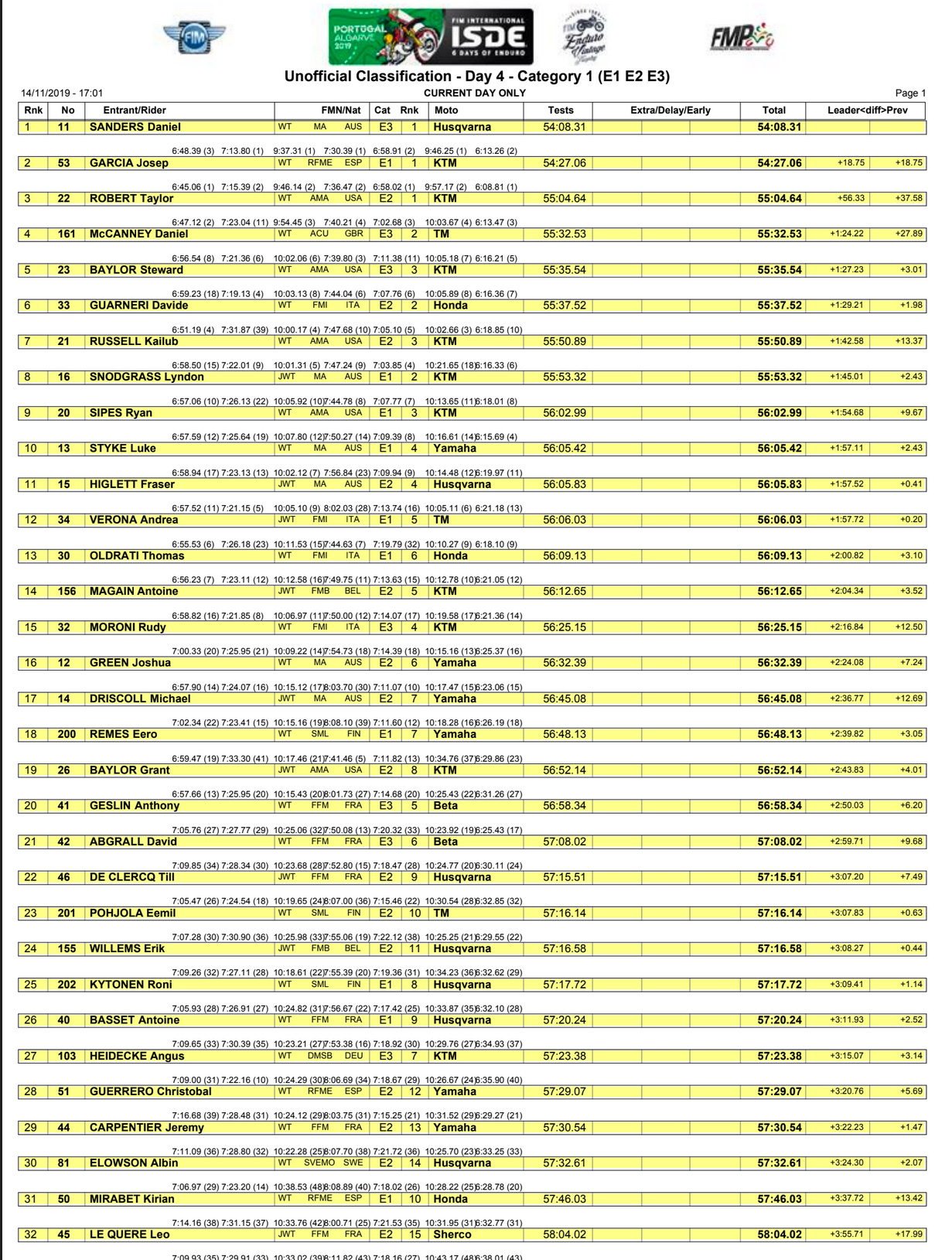 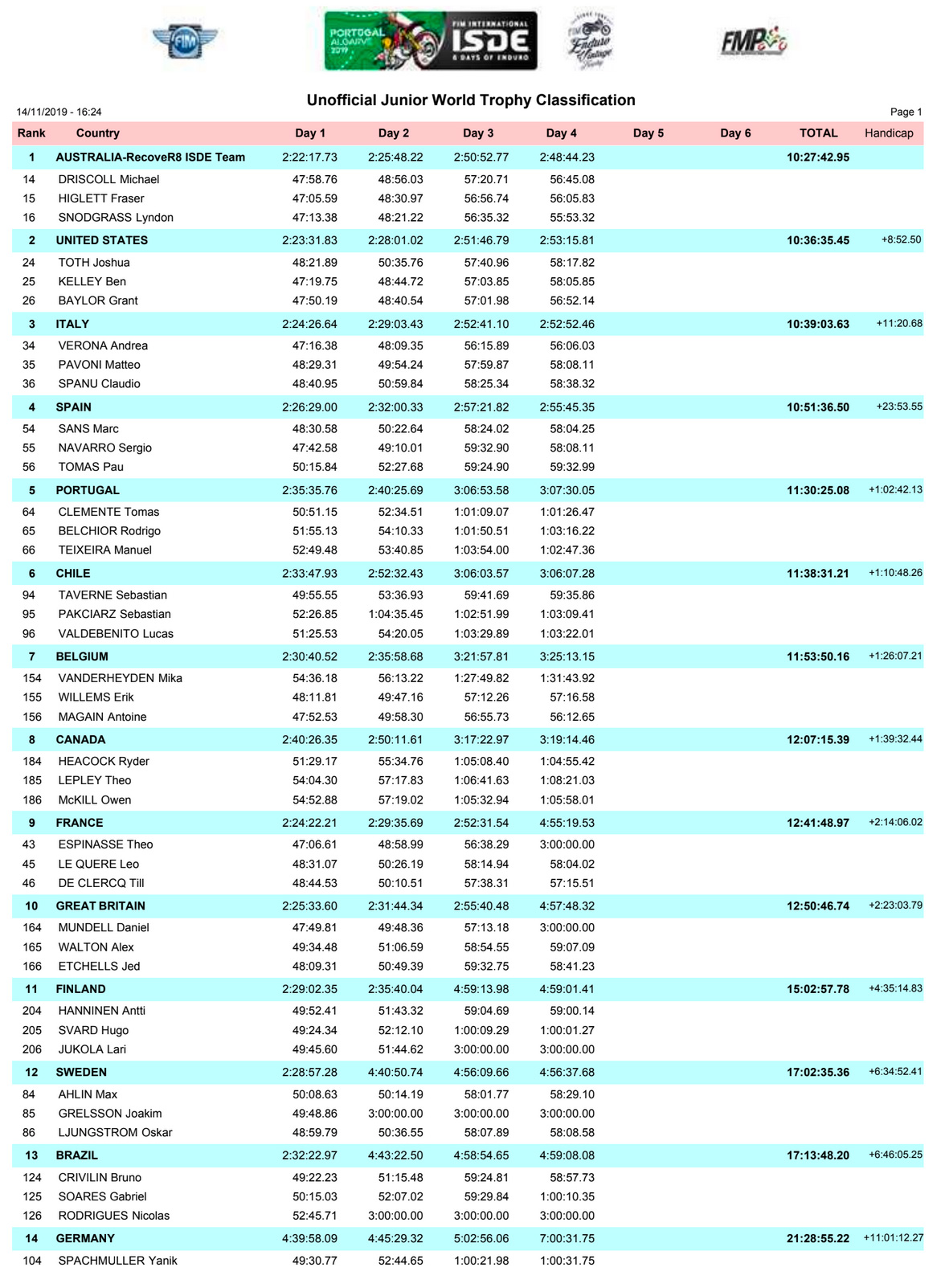 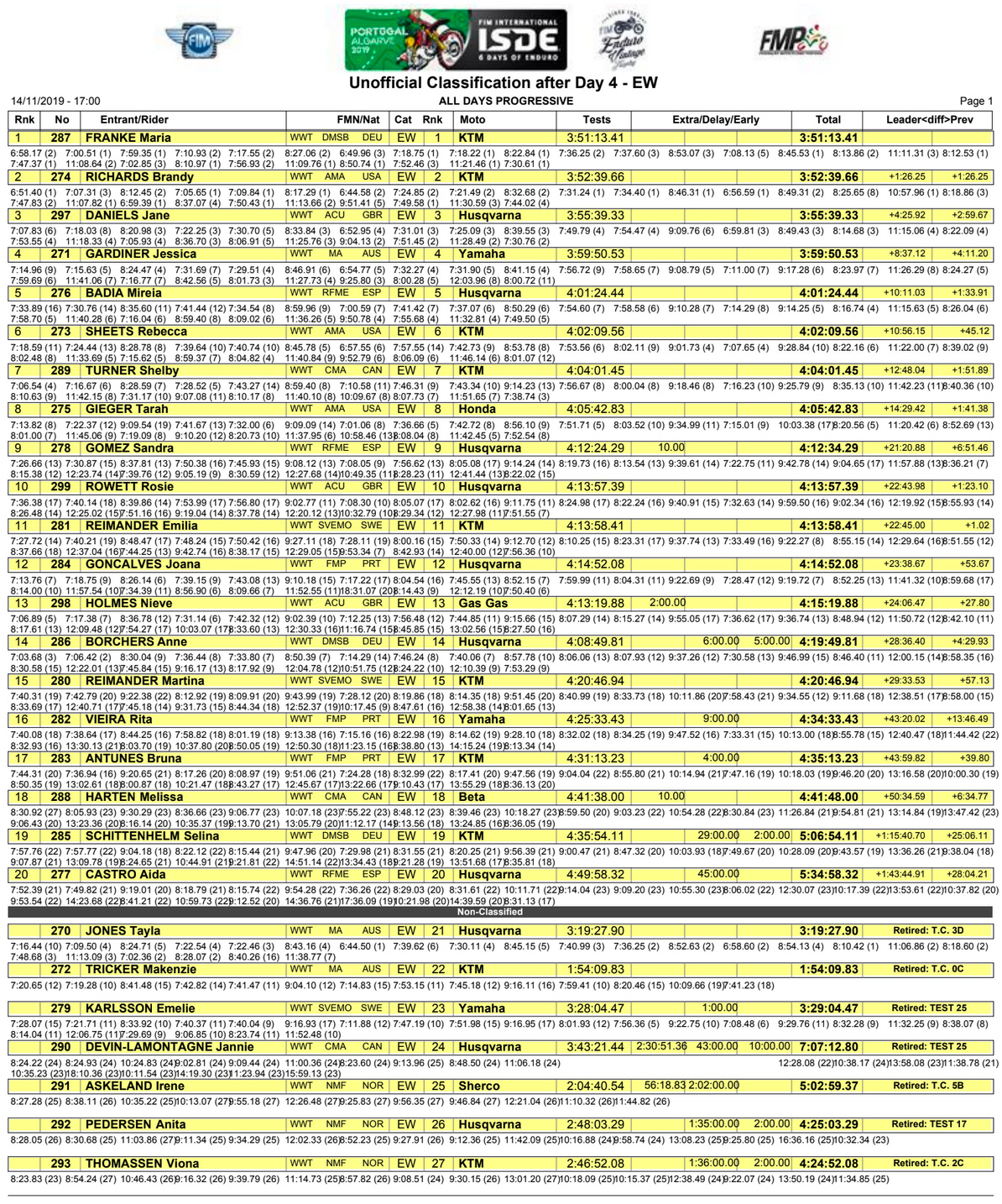