Up and down day for Raceline Pirelli KTM at Shepparton 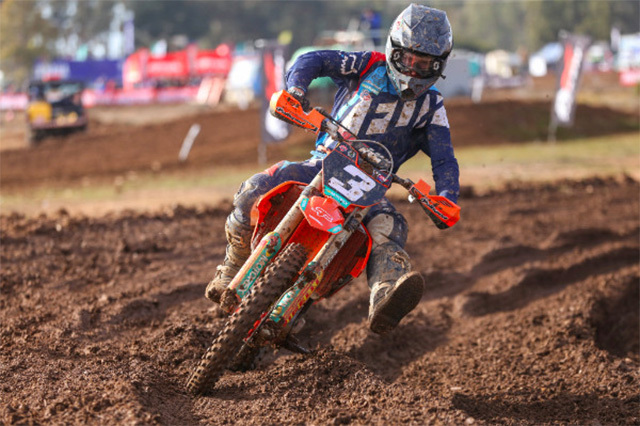 It was a bittersweet day for the Raceline Pirelli KTM racing team at Round 7 of the Motul MX Nationals at Shepparton, with MX2 rider Jayden Rykers recording an impressive top five finish, while Jay Wilson and Morgan Fogarty faced challenges on the Victorian circuit.

With Rykers heading in to the weekend following on from his first podium of the season at Nowra, the team was optimistic that race results were set to improve even further, but with Shepparton forming up to be one of the most difficult tracks on the calendar, it was a day of up and down finishes for the team.

Rykers qualified in an impressive fifth place yesterday, less than a second off the pace with a 1:33.268 lap time, then in moto one, Rykers charged from mid-pack through the talented field of MX2 riders, to finish in fifth position. In race two Rykers was in third for the majority of the 20-minute moto, only slipping back one position to fourth at the conclusion of the race. With 5,4 race results Rykers wrapped up the outing in a consistent fifth overall at Round 7.

‰ÛÏShepparton was a good round in many ways for me. In qualifying we seemed to have a little more speed than usual and that placed us in fifth which gave us a decent gate pick,‰Û 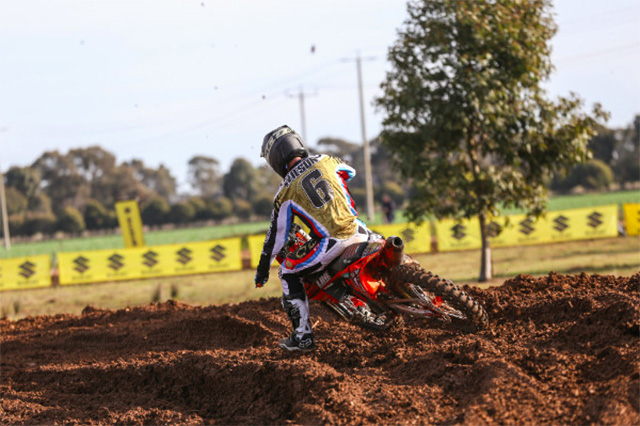 For Jay Wilson, Round 7 at Shepparton delivered some challenges. After qualifying in sixth position behind his team mate Rykers, Wilson raced to 11,9 race results, concluding his second outing for the team this season in ninth overall. Despite not gelling with the technical Shepparton circuit, Wilson brought home a healthy haul of points, and will regroup ahead of Port Macquarie.

‰ÛÏShepparton wasn‰Ûªt the round we were looking for. We qualified in sixth and we got a fairly good gate pick but it was the races that let us down,‰Û 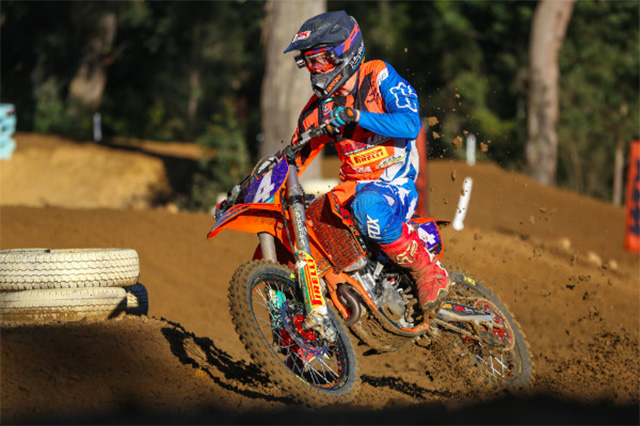 Morgan Fogarty had a round he would rather forget.
The seventh installment of the MX Nationals at Shepparton, was a weekend that Morgan Fogarty would prefer to put behind him. After qualifying in fourth place, Fogarty was leading the opening laps of race one, however a crash saw him drop back to dead last, eventually making his way through the field and back to ninth at the conclusion of the moto. In race two Fogarty quickly moved in to the lead, however a bike malfunction forced the 17-year-old to pull in after one lap, unfortunately suffering at DNF.

‰ÛÏShepparton was definitely not a good one for myself after crashing in the first race and breaking an internal gear spring which meant my bike was stuck in fourth gear for the whole race,‰Û