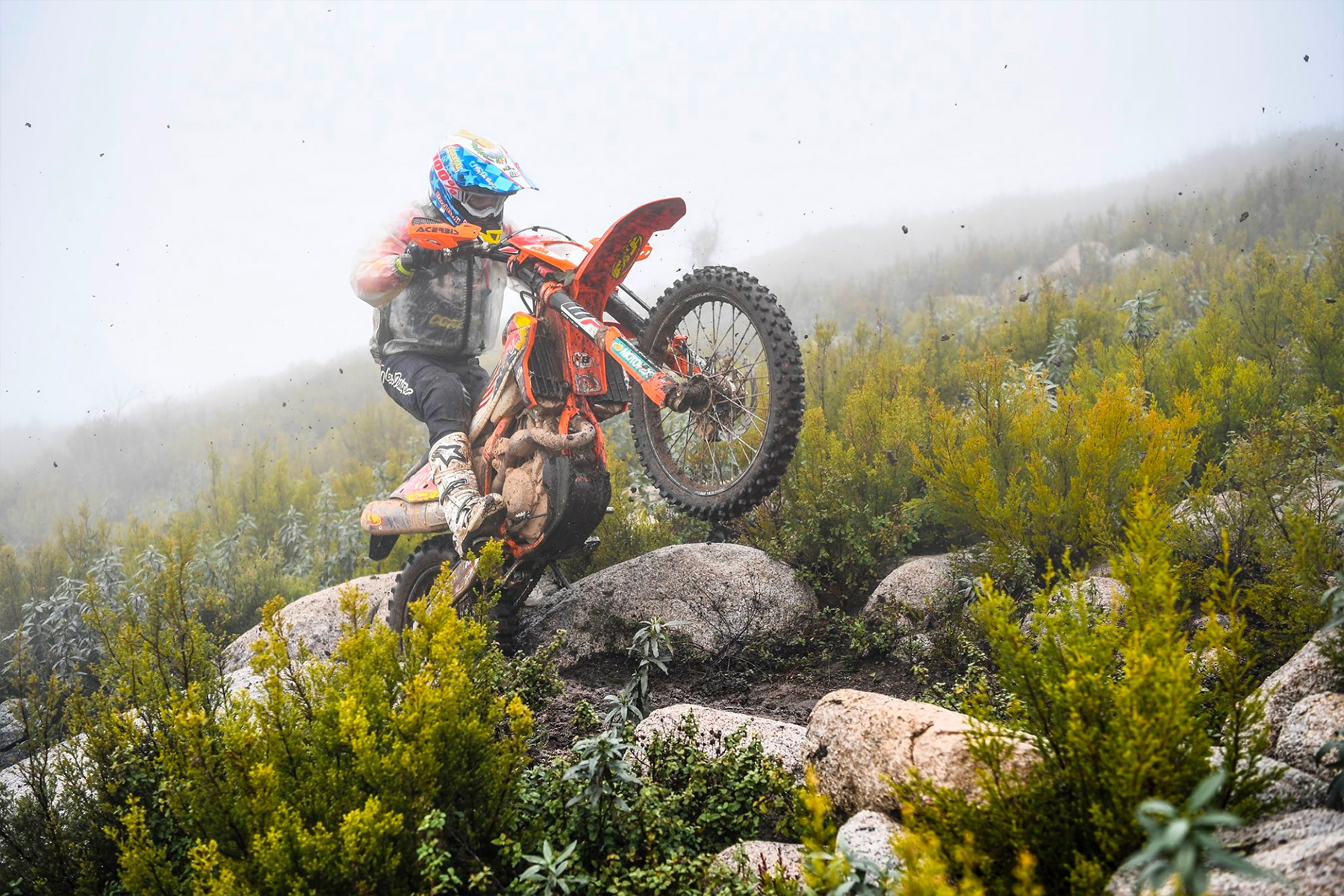 USA's Taylor Robert was second outright and helped his team to a 1.12 lead in the FIM World Trophy class. Photo: Dario Agrati.
Day three of the FIM International Six Days of Enduro (ISDE) saw a major shakeup of the leader board with the United States coming out on top in Portugal.

As the ninety-fourth edition of the FIM ISDE reaches the halfway point in Portimao, the United States capitalised on a trip into the mountains, powering past Team Australia in the FIM World Trophy class.

With day three marking the halfway point in this year‰Ûªs race, the five hundred competitors from twenty-six nations embarked on a new course known as the Monchique Route. Taking them deep into southern Portugal‰Ûªs highest mountain range, added rain ensured demanding conditions and a testing day for all.


The United States came strong on day three as they sought to find a weakness in the RecoveR8 backed Team Australia. After three special tests, they were pressuring their Australian rivals with three riders making up the top-four overall positions. However, at the end of the seventh and final test Australian Daniel Sanders had fought his way back to the top to win the day. But with strength in numbers, the United States‰Ûª Taylor Robert, Kailub Russell and Ryan Sipes all slotted inside the top-six to lead as a team by one-minute and twelve seconds. 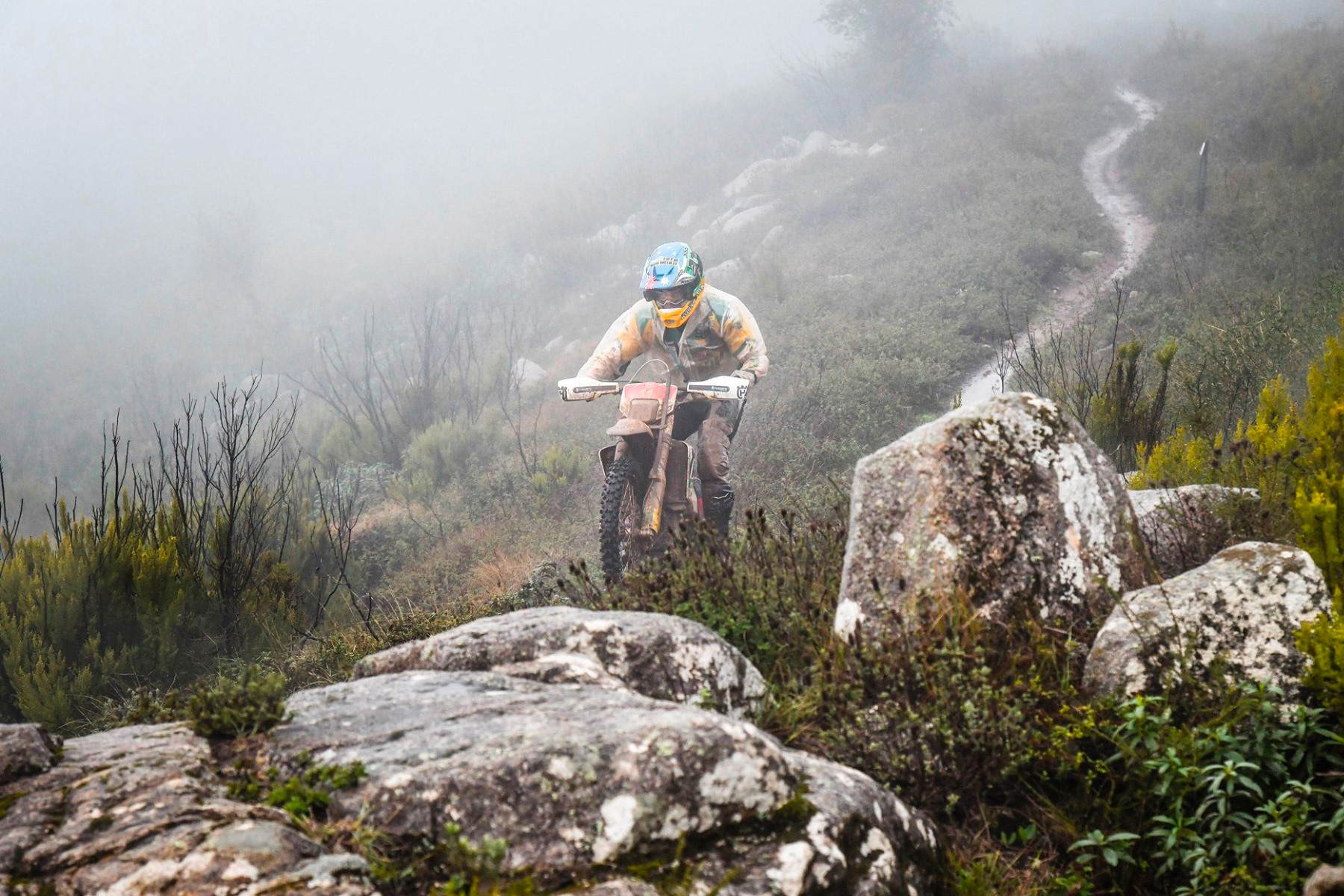 Australian Daniel Sanders was once again the star of the show taking the outright win and the Enduro 3 class once again to keep Australia in second place. Photo: Dario Agrati.
While Australia did not have the best day at the office in the FIM World Trophy category, it also was not the best day for their FIM Junior World Trophy teammates. Although still holding onto the provisional class lead, they lost nearly two minutes to the United States. Taking a confidence-boosting victory on day three, the United States will now look to close the one minute and twenty second deficit to their rivals.

France upped their pace in the difficult conditions to place second on the day, closing in on Italy who hold third overall. With eighteen seconds separating the duo, it is all to play for regards a place on the podium. Great Britain are fifth, while Spain are clear of Portugal in sixth.

The FIM Women‰Ûªs World Trophy saw the leader-board change drastically behind leaders the United States. Closest rivals Germany endured a difficult day dropping from second to fifth in the standings.

Australia took victory on day three by seven seconds over the United States, moving them up to second overall. However, losing team member Makenzie Tricker from the race means any further issues for the defending champions could prove disastrous. Great Britain keep a chasing Spain at bay, but now find themselves in medal contention with third. Sweden complete the top-six. 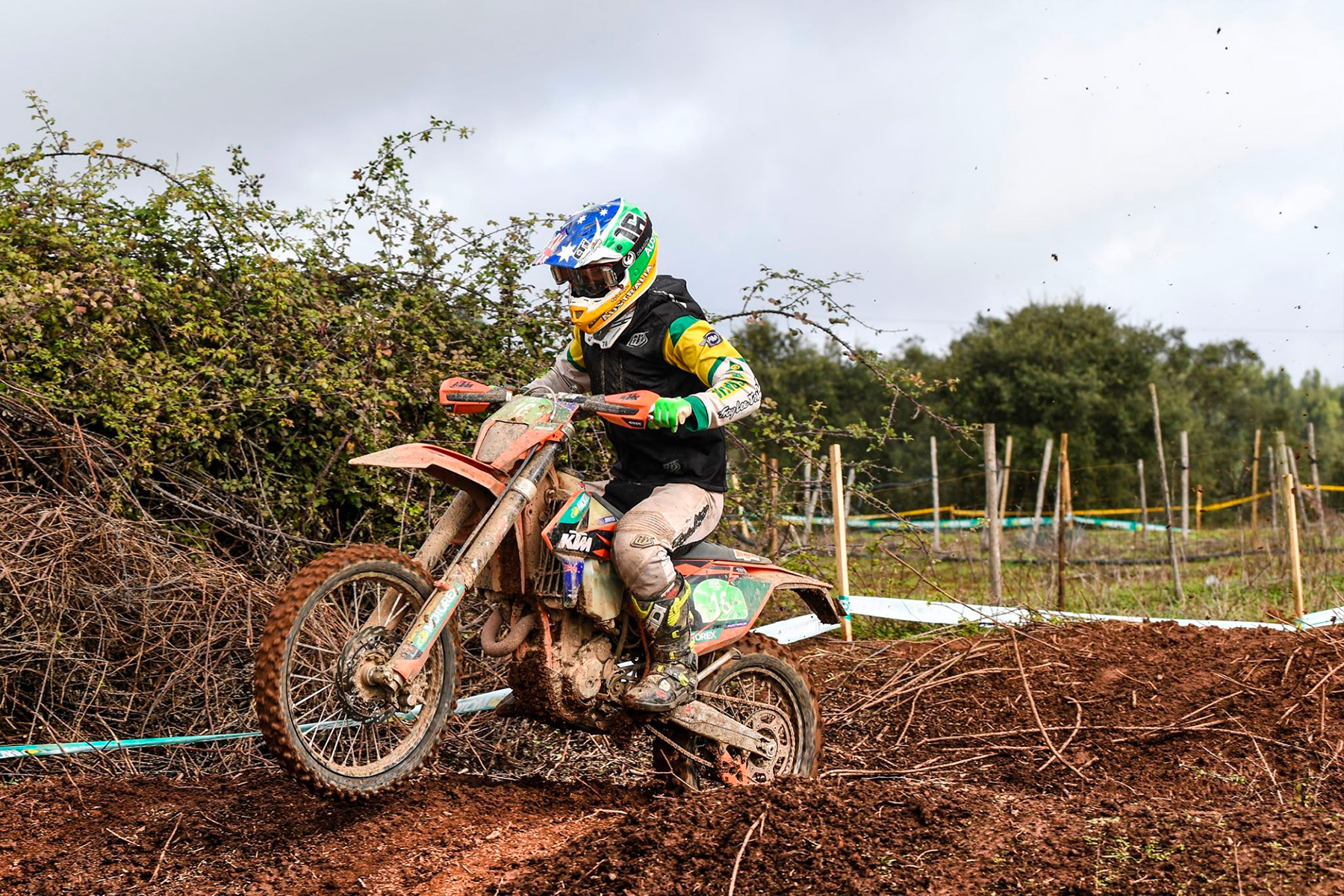 Australia is still holding onto the provisional class lead in the FIM Junior World Trophy with Lyndon Snodgrass coming home ninth overall on day three. Photo: Dario Agrati.
‰ÛÏI‰Ûªve been trying to tough out a finger injury for the last few days,‰Û 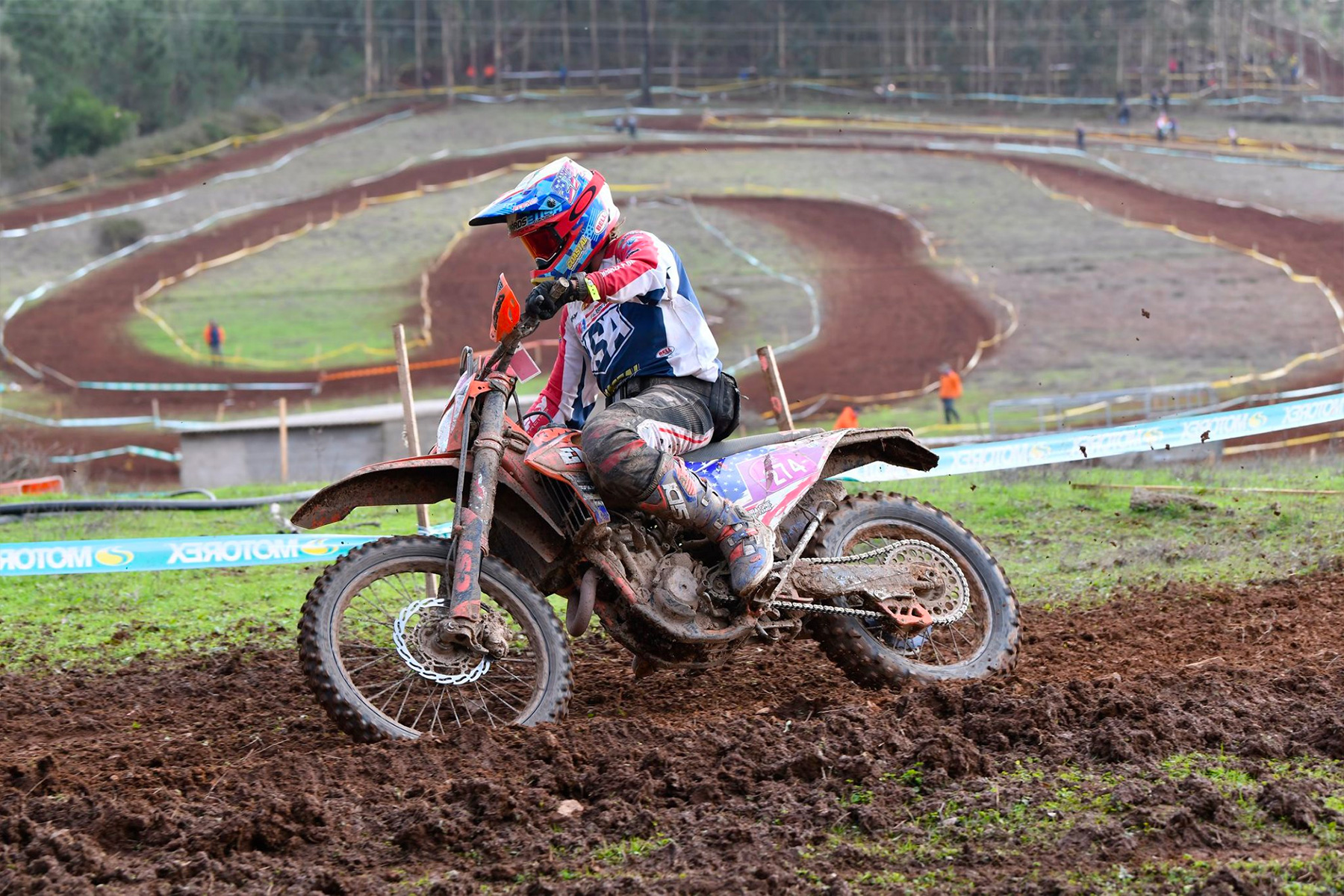 There was no change in the Enduro 3 class with Daniel Sanders securing his third consecutive win. Sanders topped the category by forty-eight seconds over Great Britain‰Ûªs Danny McCanney. Although over five minutes behind Sanders, McCanney holds second in class, building his advantage over Italy‰Ûªs Rudi Moroni ‰ÛÒ KTM to one minute and twenty-seven seconds. With both the United States‰Ûª Steward Baylor and Great Britain‰Ûªs Alex Snow close behind Moroni in fourth and fifth respectively, there‰Ûªs still a lot to be decided in the remaining days. 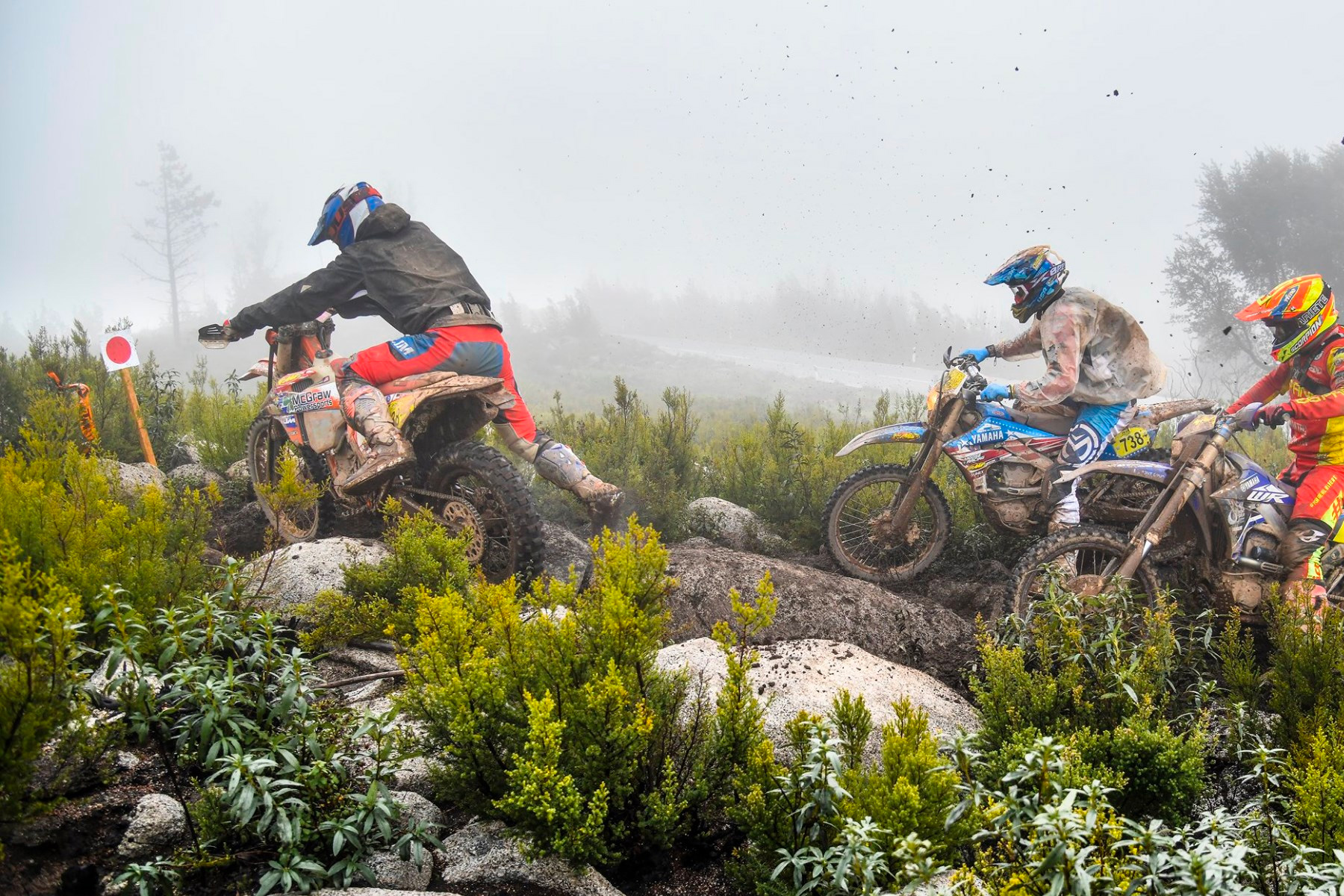 Rocks where the theme of the day!. Photo: Dario Agrati.
While collectively Germany had a day to forget in the FIM Women‰Ûªs World Trophy class, team leader Maria Franke enjoyed a winning result in the Enduro Women‰Ûªs classification. In what was a fierce battle with United States‰Ûª Brandy Richards and Tayla Jones, Franke took the win by just four seconds. That result helps her close the gap to overall leader Richards to seventeen seconds. Jones remains third overall, with Jane Daniels of Great Britain in fourth.

"Today was a better today as we had new tracks," Jones said. "I personally liked the conditions and the tracks being more open I think it suited me. My times were a lot closer to winning and I'm happy about that. Jess had a good day also and we moved up in the standings, so hopefully we can keep pressing forward for the rest of the week."

Day four of the FIM ISDE will see competitors battle another loop of the two hundred and sixty-six-kilometre-long Monchique Route. 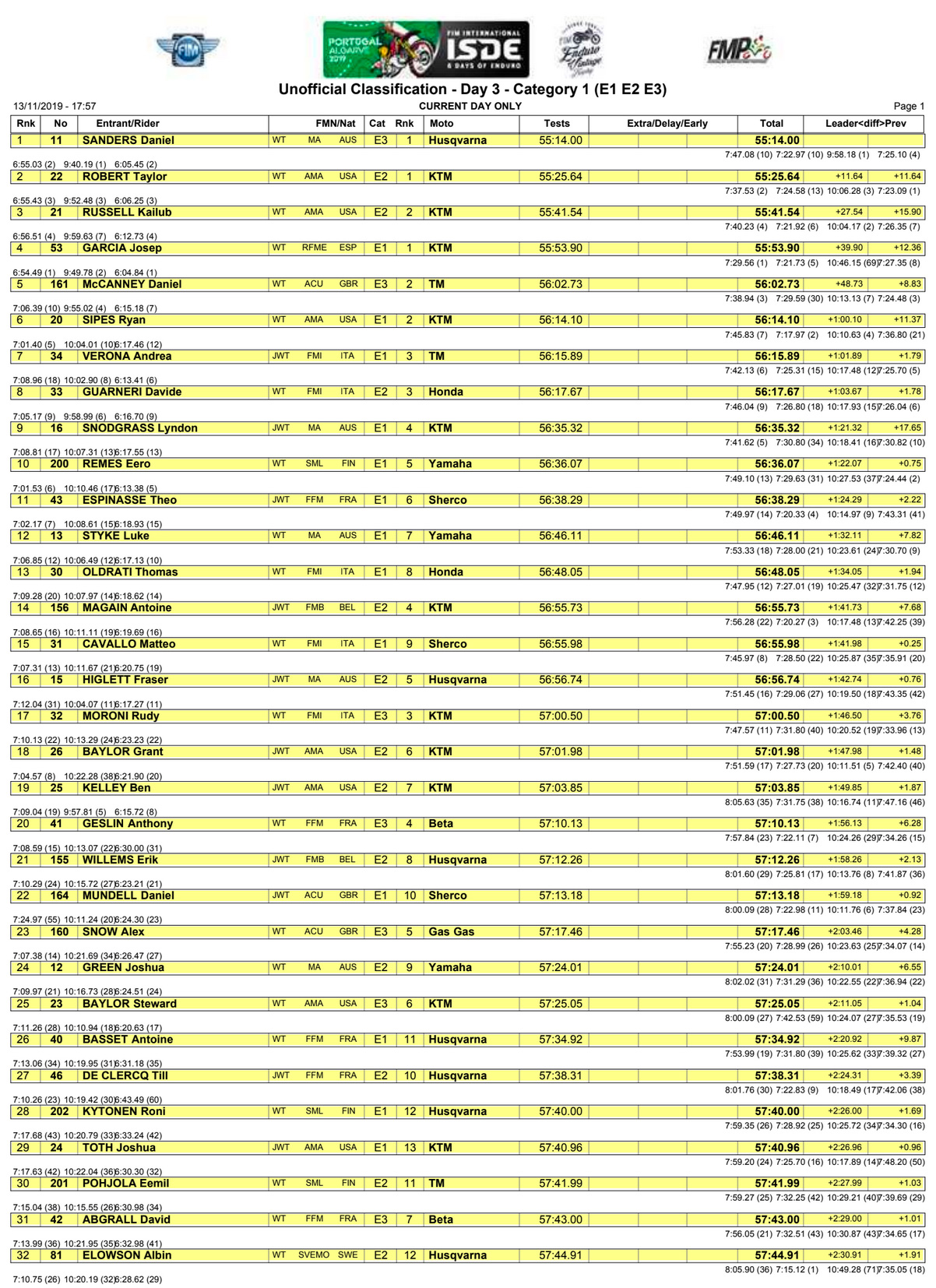 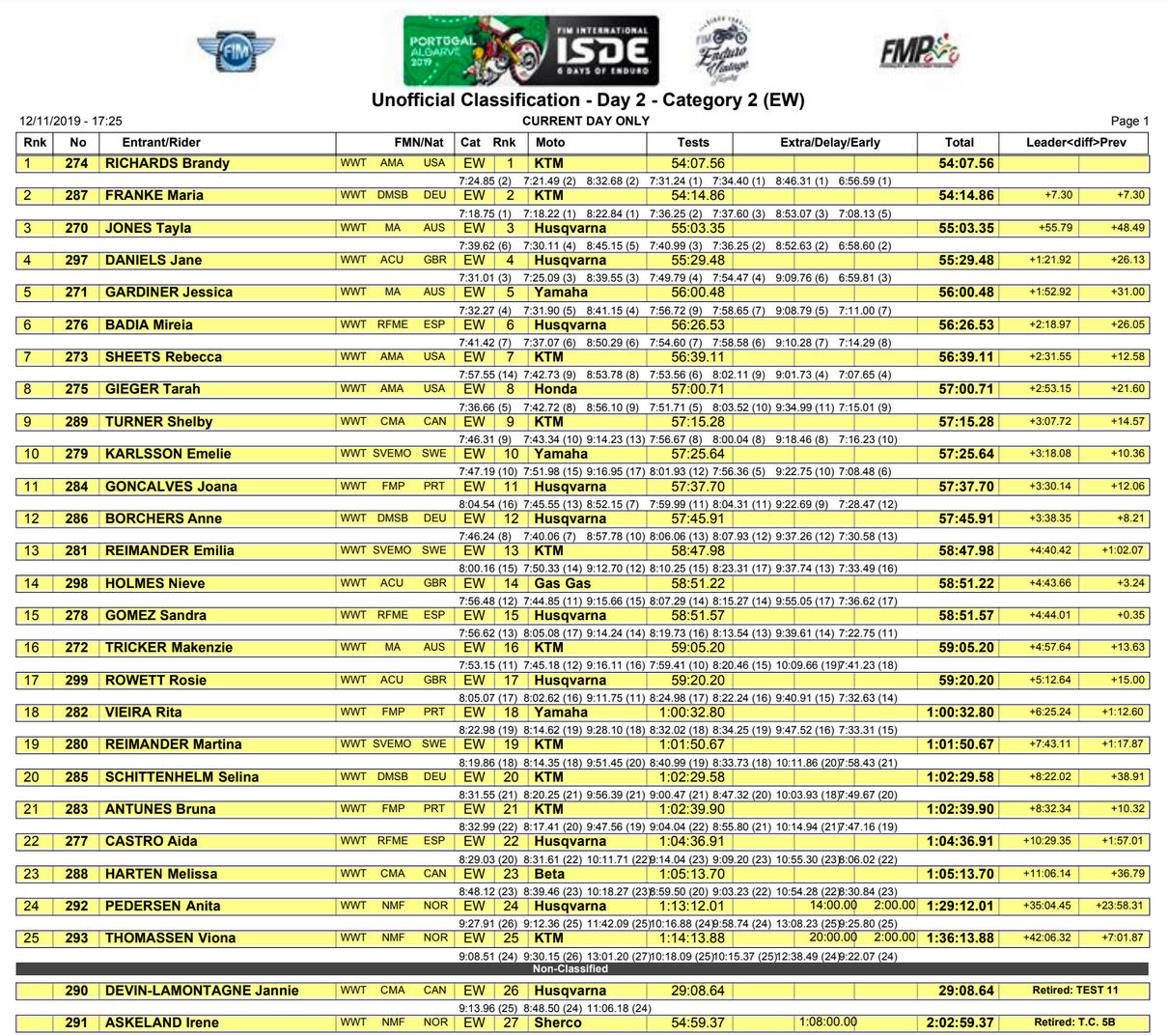 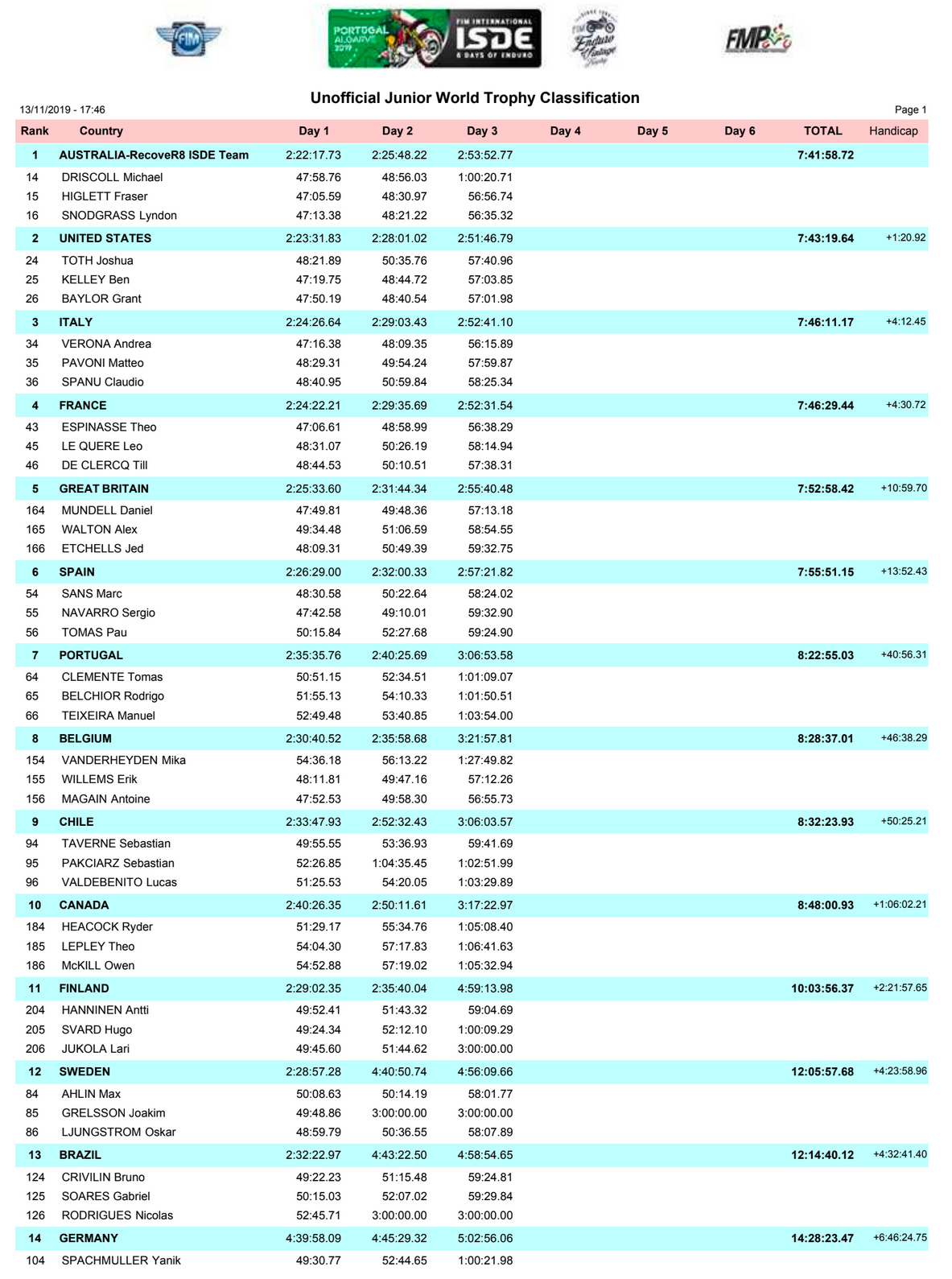