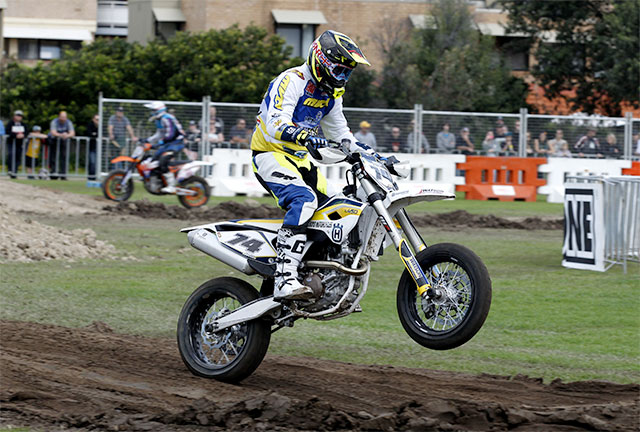 British Supermoto Champion Chris Hodgson and Spaniard Ivan Romero Garcia are the latest international racers to confirm their place in the starting line-up for the opening round of the FIM Asia SuperMoto Championship in Newcastle on September 3-4.

The event, which will run as part of the Graeme Boyd Motorcycles present s the Watson Demolition Newcastle City SuperMoto will see some of the world‰Ûªs best racers converge on Newcastle iconic foreshore for an action packed weekend of racing, entertainment and activities

Hodgson, who is a 10-times British Supermoto Champion, was the winner of the Pro class at the 2015 Watson Demolition Newcastle City SuperMoto.

Returning to defend his Newcastle City SuperMoto title, Hodgson said he is looking forward to lining up against some of the world‰Ûªs best motorcycle racers.

‰ÛÏI am looking forward to returning to Newcastle for the 2016 event,‰Û