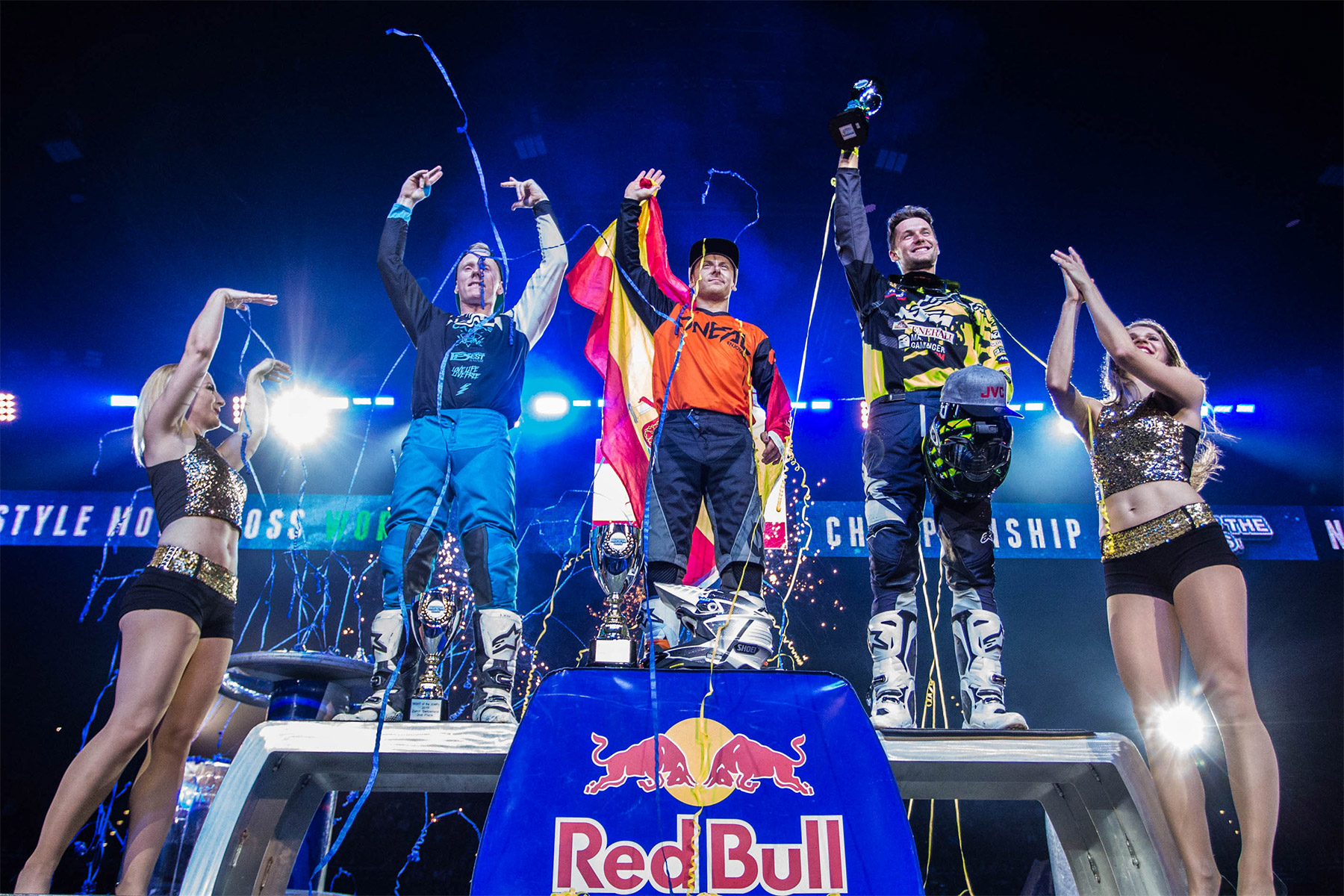 On Saturday night, for the first time ever, Zurich hosted NIGHT of the JUMPs inside the Hallenstadion which provided the playground for the world‰Ûªs longest running Freestyle Motocross competition series.

After more than 10 years in the Swiss city of Basel, NIGHT of the JUMPs moved to Lake Zurich with 10 athletes hailing from 6 different nations to battle for the all-important FIM World Championship points. The first rider to enter the arena almost lifted the lid as the home-town hero and first ever FIM World Champion in 2006, Mat Rebeaud rode out to a rapturous applause from the Swiss crowd.

The applause was possibly even louder because the sound of the crowd for the first time ever wasn‰Ûªt interrupted by the noise of a fossil-fuel burning engine, but the first ever Electric Motorcycle. Mat Rebeaud became the first rider in FMX Competition history to compete on an electric bike and while he didn‰Ûªt make it through to the final, the crowd still celebrated having their favourite son continuing to innovate the sport.


The premieres kept coming, as the second rider to enter qualification was Jeremy Rouanet from France. Jey unleashed the first ever Front Flair at NIGHT of the JUMPs, on a mechanism never before seen in NIGHT of the JUMPs ‰ÛÒ the Mechanised Quarterpipe. With a Front Flip, 540 Flair and 360, Jey surprised everybody when he qualified in 2nd position. Hannes Ackermann who also unleashed a No-Hand Front Flip in the Double Up also made it through to the final.

Petr Pilat who had struggled a little in the past with the Flair, showed no problems in Zurich and easily made it into the Final 6, while Pat Bowden‰Ûªs ‰Û÷look through Double Grab‰Ûª Flip also secured his spot in the final. Maikel Melero put together an impressive qualification run, but still leaving a few extra tricks up his sleeve for the Top 6 final, despite throwing a Front Flip, Flair, Egg Roll and Cali Roll in qualification. 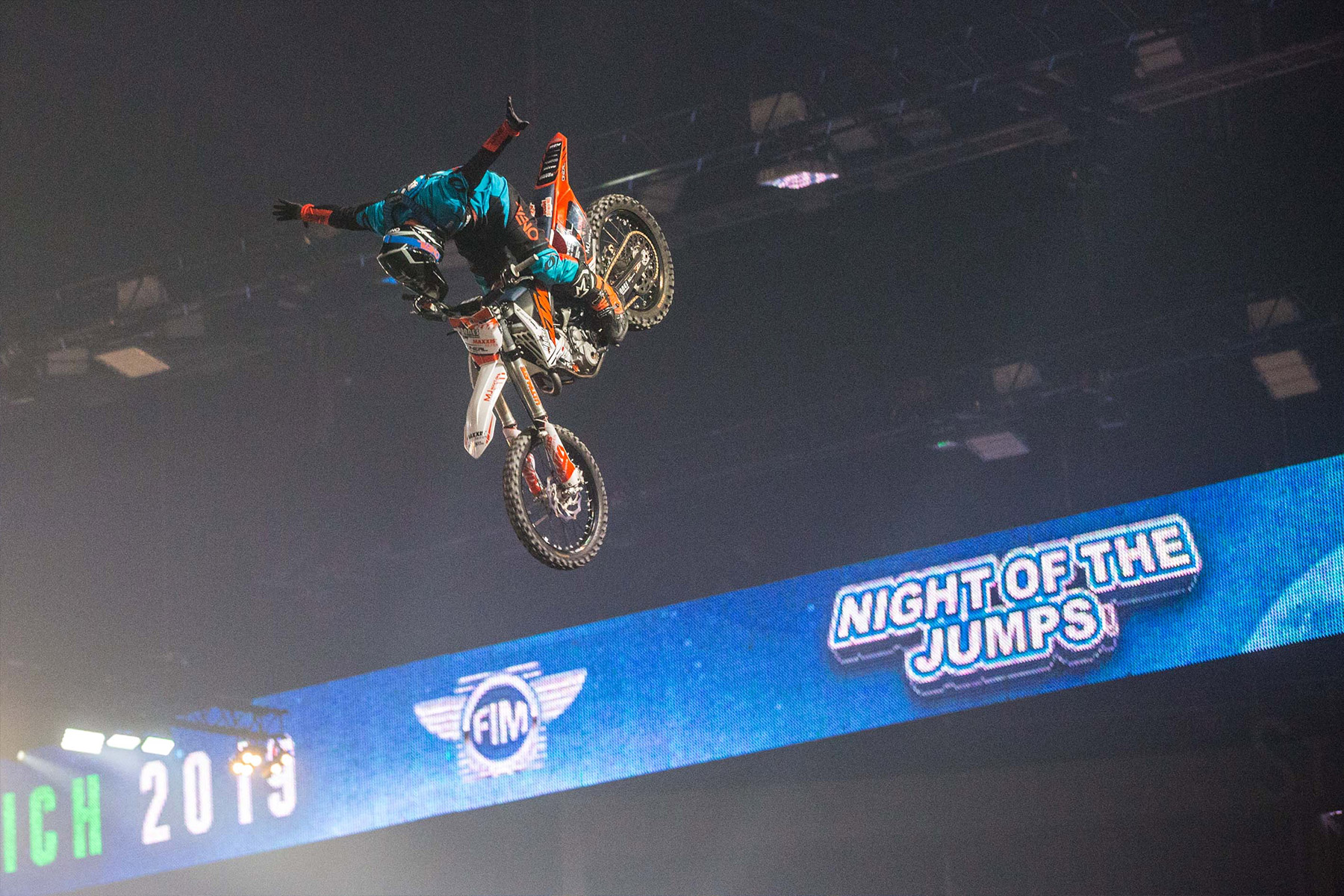 The 2019 series leader, Luc Ackermann was largely expected to make it through to the finals, and after landing his Front Flip, 360 and Egg Roll, it was looking like the perfect run we have seen from him in Berlin and Munich, but on his Surfer Tsunami Flip, Luc ended up pancaking the bike and landing sideways with a heavy crash. As Luc scrambled to recover, he made another mistake on the next backflip with a dead sailor. Luc somehow managed to compose himself to send a Double Backflip in the Double-Up when he wasn‰Ûªt even sure if his bike was straight after the crash. Unfortunately, with the crash and backflip mistake, he was relegated to a disappointing 7th position and narrowly missed out on a finals berth. Which was the result Kai needed to move into the final 6. 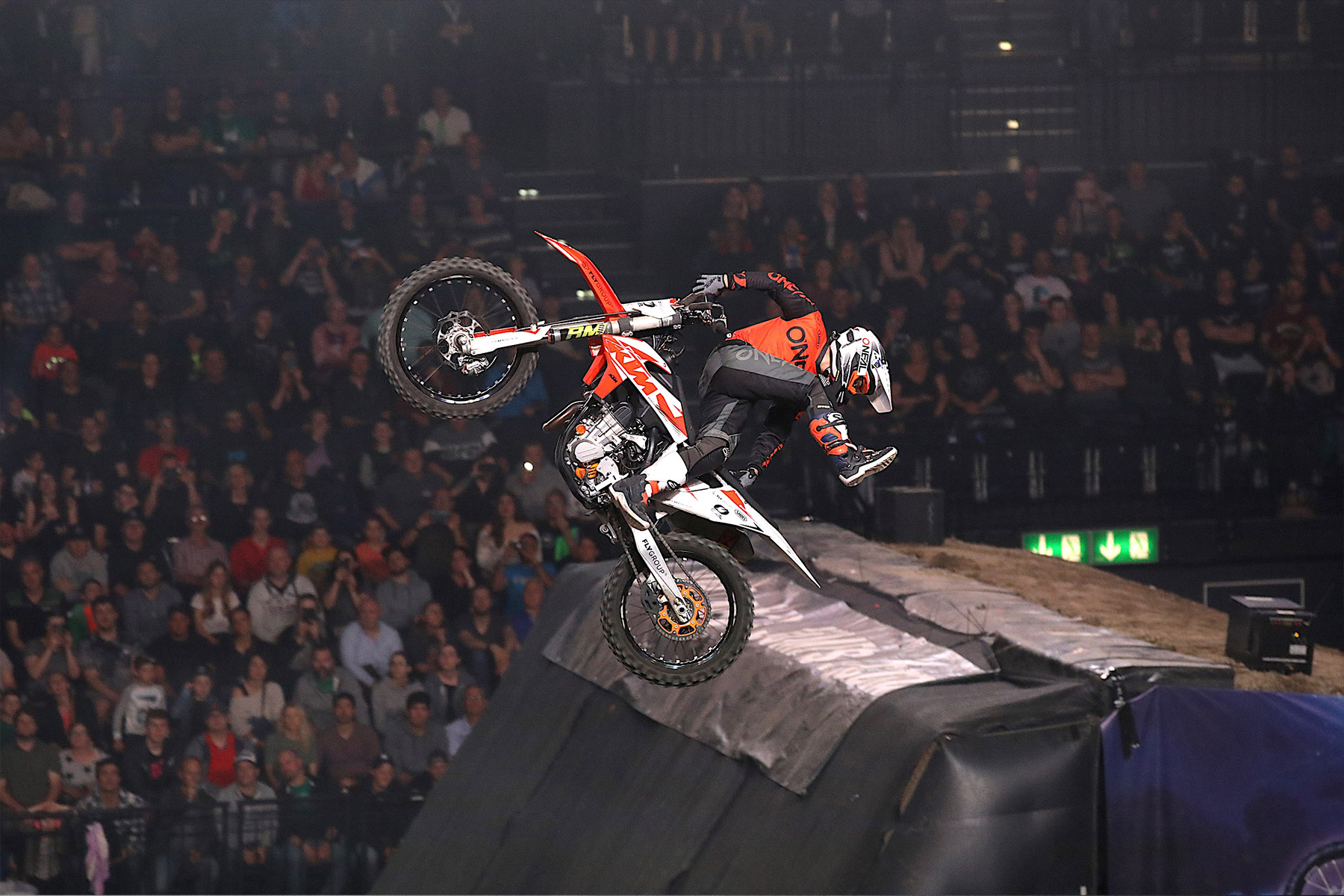 Haase then geared himself up to try take down Pat Bowden in the Whip Contest. The seat-bounce racer whips from Kai were simply not good enough to beat the Australian‰Ûªs almost 180-degree Turndown Whips. Bowden secured his 5th Best Whip trophy for the season. The Synchro contest was one of the best in 2019 so far, and it was the veterans of Freestyle MX who took the win, Brice Izzo with the petrol pumping 4 stroke and Mat Rebeaud on the Electric Motorcycle.

The top 6 final was primed to explode and after Hannes Ackermann had landed his first ever No-Hand Front Flip in qualification, he brought it to the final again and improved on the Front Flip with a Nac in the Double Up. The impressive comeback from the German signalled he was back in action. His strong performance almost certainly earned him a podium finish, except the rider from Prague, Petr Pilat had a couple of tricks up his sleeve as the backflip combo master and landed the Flair on the Double-Up to just edge ahead of Ackermann. 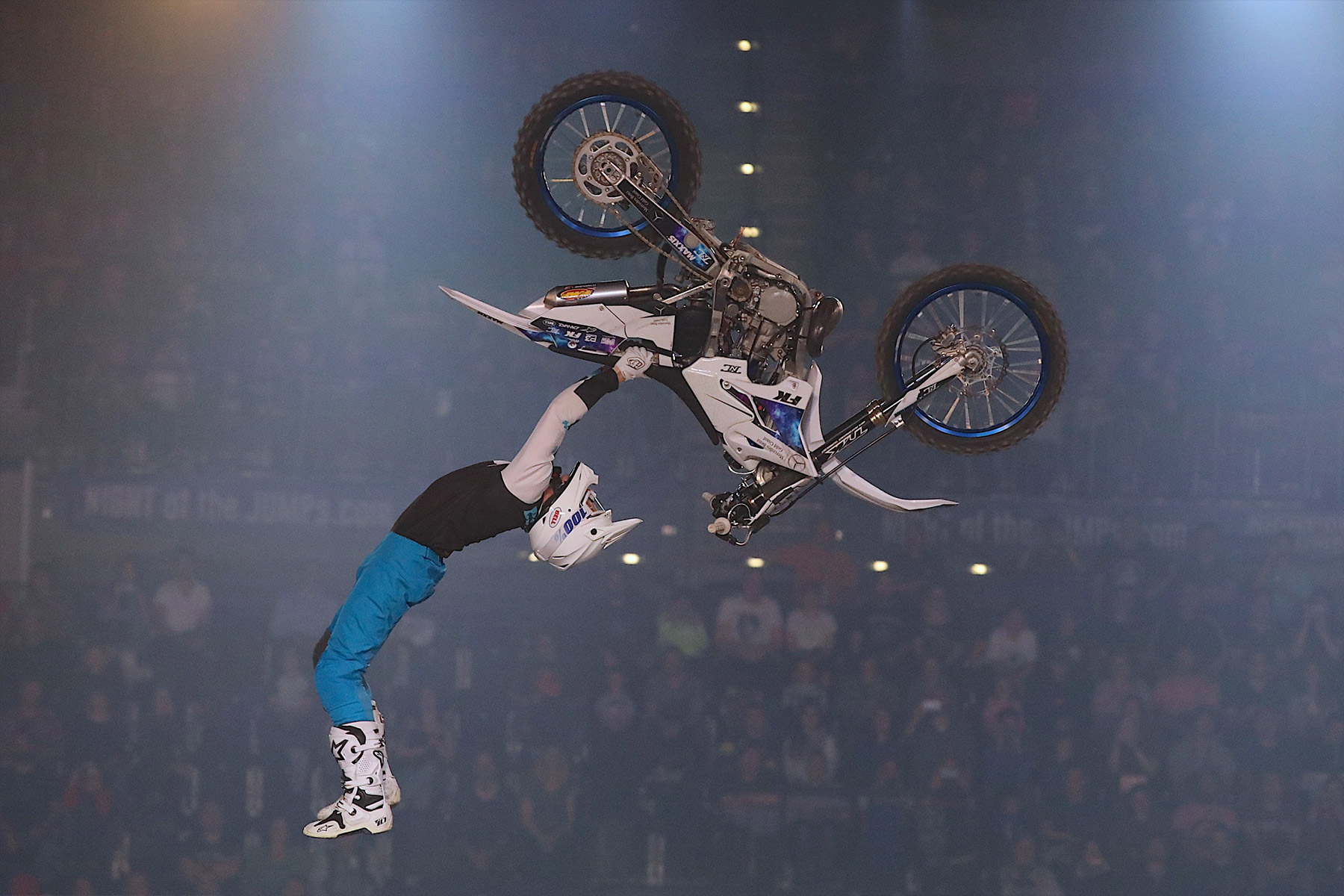 Jeremy Rouanet who stunned the Zurich crowd in qualification then was set for a podium finish with his unique blend of tricks. With the Front Flip, Indy Flip, huge 360, 540 Flair and again that brand new Front Flair, he wanted to step it up again in the final with the Flair Tsunami. Unfortunately, he just couldn‰Ûªt get back on the bike and slid down the landing and fell back to fifth position.

Pat Bowden was now in a position where he could possibly win his first ever World Championship round in Zurich. With perfect style on huge tricks like the Cliffhanger to No-Hand Lander, Cliffhanger Flip, Egg Roll, Ruler Flip and Double Grab Flip, he landed on the hot seat with a huge score. 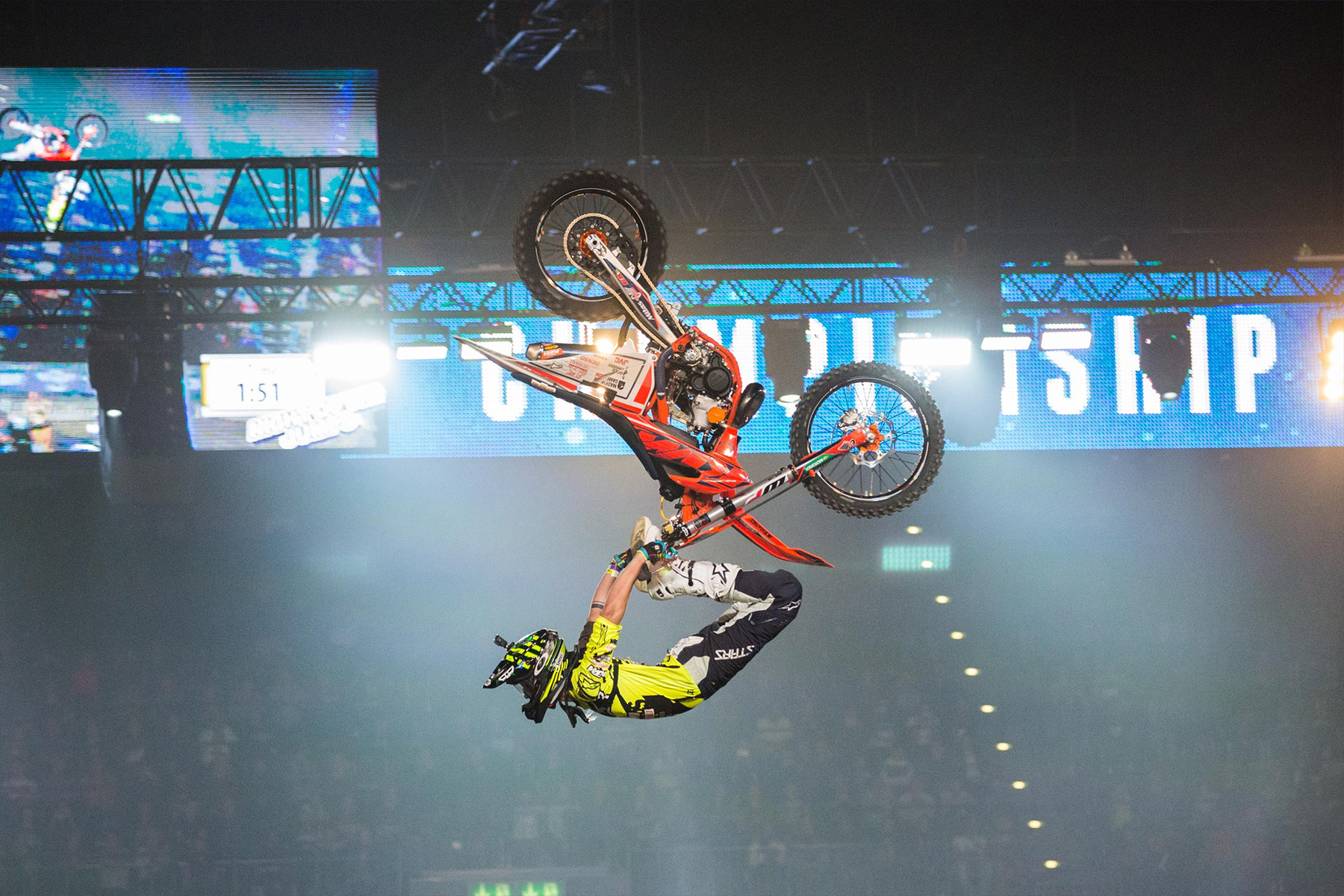 There was only one man left who could prevent Pat‰Ûªs first ever first place trophy and it was the 5-time reigning World Champion, Maikel Melero. Maikel proved that experience was the key and landed the California Roll, Ruler Flip, Egg Roll, No Hand Front Flip perfectly before landing the Nac-Nac Flair. Maikel‰Ûªs run was enough to secure his first win of the 2019 season and Bowden in second position which is his best ranking for the season.

With the victory in Zurich, the Spaniard has overtaken the Championship lead for the first time in 2019. Melero is 3 points ahead of Luc Ackermann.

After the fifth World Championship round, NIGHT of the JUMPs is now going into the summer break. The second half of the FIM Freestyle MX World Championship season starts on the 23/24 of August in Daqing, China. The Swiss FMX fans can already put the 9th of May 2020 in their calendars as NIGHT of the JUMPs return to the St Jakobshalle in Basel with the best riders in Freestyle Motocross. 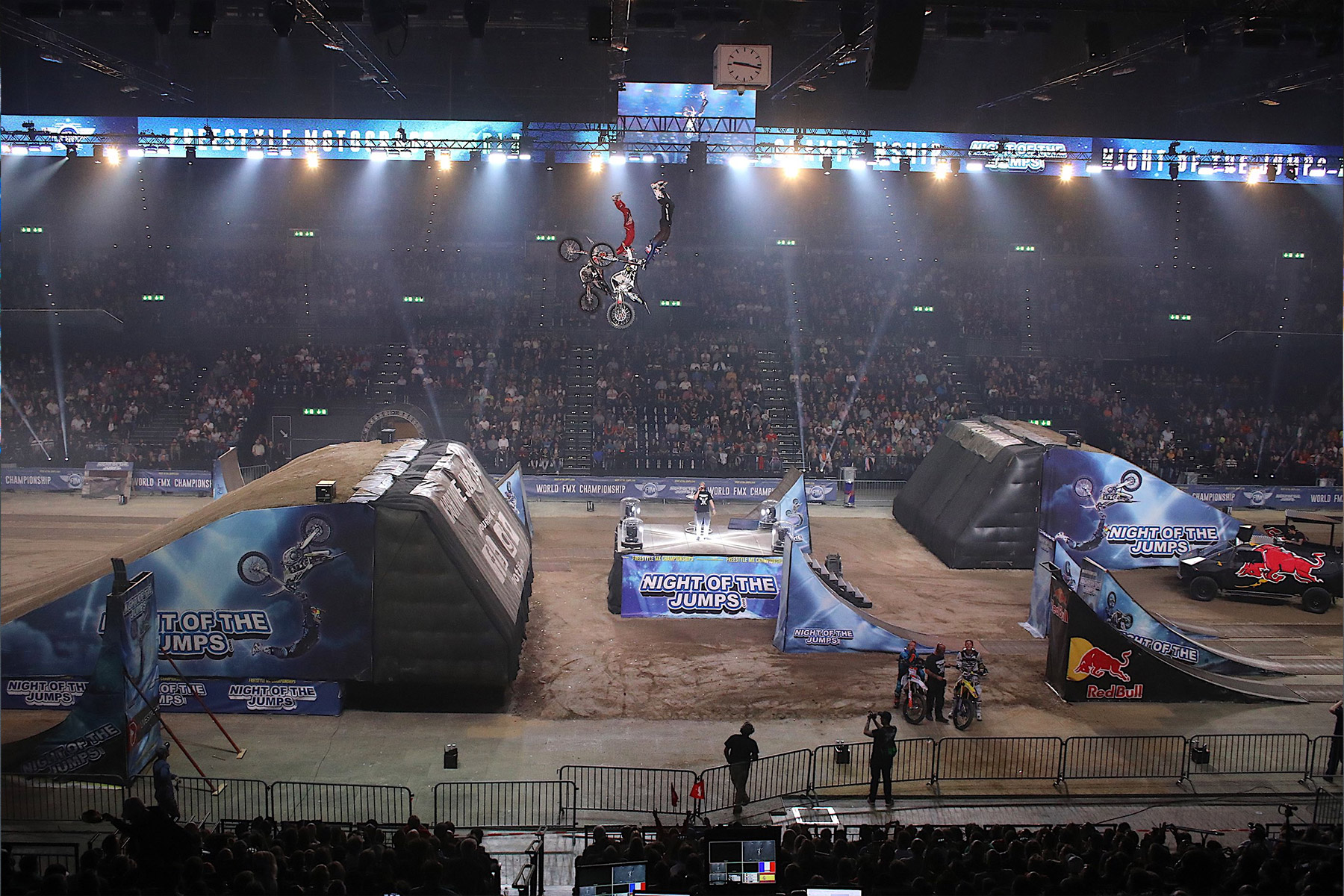