Two Points Separate Russell and Mullins Heading into Round 11 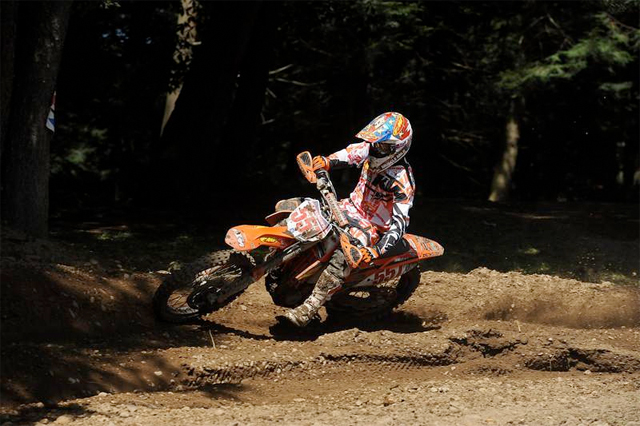 The 2013 AMSOIL Grand National Cross Country Series makes its debut in Northwest Pennsylvania this weekend, September 21 and 22, for the inaugural running of the Car-Mate Gusher GNCC.

Taking place on the property of Foxburg‰Ûªs picturesque RiverStone Estate, Round 11 of the 13-race series will showcase all-new terrain with freshly cut trail alongside the wild and scenic Allegheny and Clarion Rivers.

In addition to the excitement and anticipation of this first time event, all attention will be turned to the racetrack Sunday afternoon as the battle continues to unfold for the coveted 2013 National Championship. Only two points separate Factory FMF/KTM teammates Kailub Russell and Charlie Mullins in the overall standings as the series heads into unexplored territory for the eleventh round of racing.

As the 2011 XC1 Pro Champion, Mullins has experience on his side but the two-time XC2 Pro Lites Champion, Russell, has his sights set on his first career XC1 crown this season. Russell holds the points lead heading into Sunday‰Ûªs race, with an impressive four-race winning streak behind him.

Perhaps the unfamiliar course will provide a more even playing field for additional competition to arise, including Rocky Mountain ATV/MC‰Ûªs Josh Strang. While Strang isn‰Ûªt contesting the title this season, the 2010 XC1 Champion could be a factor in how the final three rounds play out.

Last round, Strang‰Ûªs come-from-behind performance put the Australian native right in the middle of the lead battle between Russell and Mullins on the final lap. After a hard-fought battle to the end, the trio finished within three seconds of one another.

Nytro Handguards/B.R.E KTM‰Ûªs Chris Bach holds the third place position in the overall standings as the only rider to finish inside the top ten overall through each of the first ten rounds of racing. With two podium finishes this season, the Indiana native is looking to finish atop the podium this Sunday in Pennsylvania.

Shenandoah Honda/USWE-Sports.com‰Ûªs Thad DuVall dropped a position in the point standings after running into wheel issues at the last round, finishing 16th overall for the day. DuVall now sits three points behind Strang for fifth place in the overall standings. 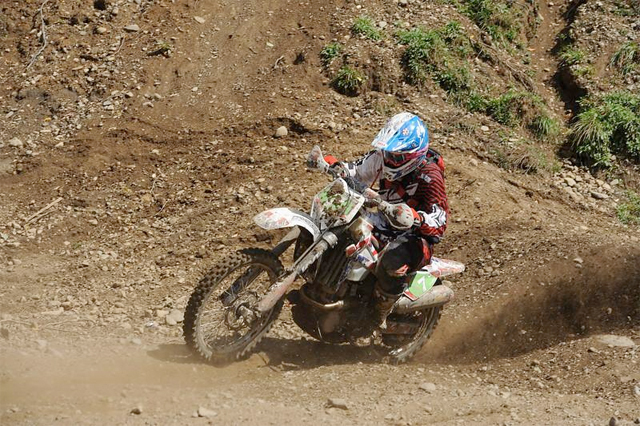 Andrew Delong looks to be fully recovered from injury and back in the XC2 mix - Credit: Ken Hill
In the XC2 Pro Lites class, F.A.R Husqvarna‰Ûªs Andrew Delong made a full return from injury last round as he captured his fourth win, the most of the class, in New York. Delong missed two rounds as a result of injury, thus removing the Pennsylvania native from the championship battle.

However, Delong will be a leading factor in the final three rounds as KTM Support rider Grant Baylor looks to maintain his points lead over reigning XC2 Champion Jason Thomas.

Heading into Round 11, Baylor holds a 37-point lead over Thomas in the championship standings where the championship is his to lose. In his rookie season, the 16-year-old Baylor has captured three XC2 wins through the first ten rounds, while Thomas has just one win. With nine total hours of racing left to go this season, the class championship will come down to the very end.

Top Image: Kailub Russell (557) enters Round 11 with a four-race winning streak behind him.
Credit: Ken Hill