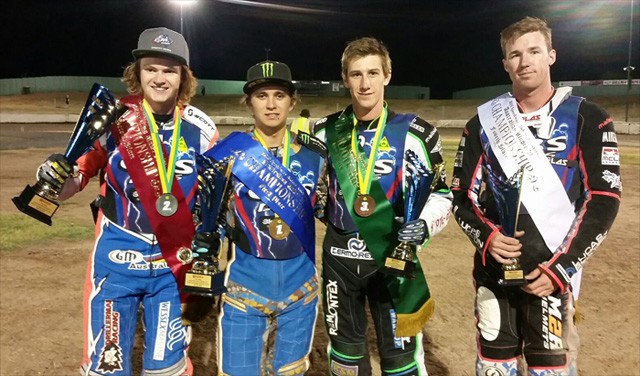 The 250 final was a thriller between Mitchell Cluff and Declan Knowles after hotter than hot favourite Matt Gilmore fell on the opening lap. Cluff led narrowly for most of the race but Knowles got under him on the last lap to win by a couple of bike lengths with Jedd List only a further ten metres behind in third.

Prior to the final Gilmore had continued his unbeaten run from the previous nights 125cc Championship but Knowles had to come through the hard way after a big crash in his fourth ride.

He then ran third to Brody Eves and Cluff in his last heat before winning the last-chance semi-final and the final.