Two champions crowned at AORC round 11 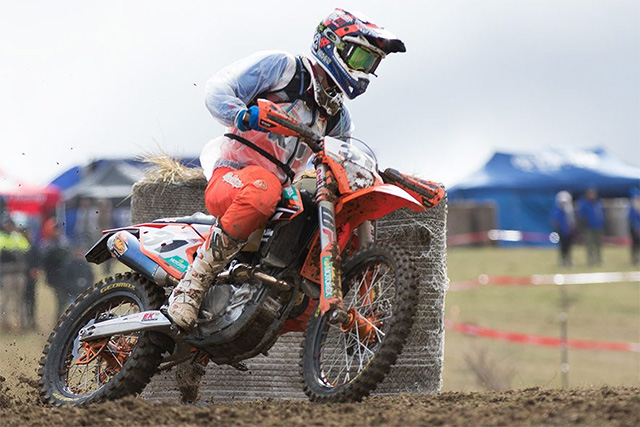 E1, E2, E3 and EJ class competitors wowed the crowds at Round 11 of the 2017 Yamaha Australian Off- Road Championship (AORC).

Round 11 saw two champions crowned for the AORC, with Wil Ruprecht taking the E1 crown and Daniel Milner singing off on the Outright and E2 championship in style!

There were thrills and spills aplenty for the senior classes of AORC, starting early on, with Daniel ‰Û÷Chucky‰Ûª Sanders the first casualty in the first few minutes of the opening lap of the eight lap circulation. Sanders was unable to re-join the pack after suffering a shoulder injury.

E1
On top of his game in E1, was Active8 Yamaha Yamalube Racing Team‰Ûªs unstoppable Wil Ruprecht. Ruprecht completed the three-hour, seven lap, 16 kilometre, cross country race with a total time of 2:48:08.117. KTM mounted rider Jack ‰Û÷Simmering‰Ûª Simpson with his total time of 2:48:19.991 earning him a deserved second place. The difference between Ruprecht and Simpson was only 11 seconds. Rounding out the E1 podium for Round 11 was Snap Fitness Yamaha Team‰Ûªs Scott Keegan. Second place in the championship Keegan, finished with an aggregate time of 2:51:35.095, a further 196 seconds behind Simpson.

Ruprecht shared; ‰ÛÏI‰Ûªm ecstatic to take the E1 class title, with another round to go in the championship. Its been a great battle all year with (Scott) Keegan and he‰Ûªs been a great rival. I‰Ûªd personally like to thank Yamaha and the Active8 Yamaha Yamalube Team for all their support; it wouldn‰Ûªt be possible without them.‰Û 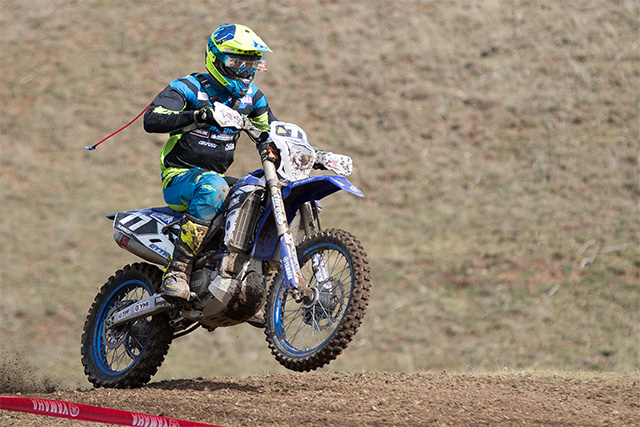 Active8 Yamaha Yamalube Racing Teams Wil Ruprecht was crowned E1 Champion. Photo John Pearson Media
E3:
It was KTM Enduro Team Rider Lyndon Snodgrass who convincingly led the entire E3 pack around the track for most of the three-hour duration. Snodgrass was on point and impressive with a total time of 2:45:40.198. Lachlan Stanford of the Husqvarna Enduro Team, managed a consistent ride throughout the journey, finishing in second with his total time of 2:46:10.234. As it stands, only three points seperate the two heading into the final round! The results could truly go either way in this contest. The difference between Snodgrass and Stanford was 30 seconds. Third place getter was KTM rider Tom Mason, who concluded the day with a 2:51:05.582 time, close to five minutes behind Stanford.

Transmoto EJ:
The Transmoto 19 and Under class saw strong representation, talent and competition. The depth of rising talent within the class is certainly impressive. Pace man Michael Driscoll managed the to bring home the win with a time of 2:50:02.126, while young Fraser Higlett on his Husqvarna managed to finish second position with his total time of 2:50:26:216. 40 seconds separated Driscoll and Higlett. Ben Kearns was the final podium place getter with his final time of 2:51:22.173, 56 seconds behind Higlett. Nic Tomlinson was was relegated to fourth, after receiving a five minute penalty for deviating off the course, giving him a time of 2:55:11.229