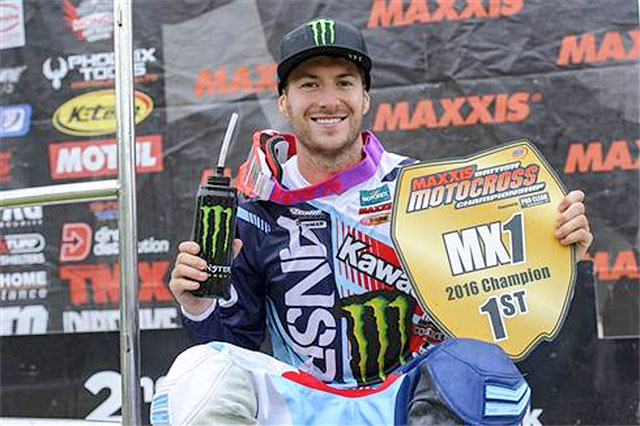 Kawasaki MXGP and current UK MX1 Champion, Tommy Searle has been injured in pre-season training at Glen Helen in the USA recently.

Catching his foot in a rut while riding his 2017 KX450-F, the 26 year old Team Green rider underwent corrective surgery to the muscle tissue in the lateral area of his right knee under the direction of a specialist motorsports surgeon very soon after the accident.

Allowing the greatest time for a full recovery before the start of the 2017 season, it does mean the Monster Energy Dixon racing rider will miss the UK Arenacross series but he hopes to be on a bike soon and is predicting the injury will not affect his prospects in MXGP.

‰ÛÏIt‰Ûªs a harsh fact that motocross practice cannot be half-hearted, it‰Ûªs as demanding and risk prone as racing itself‰Û