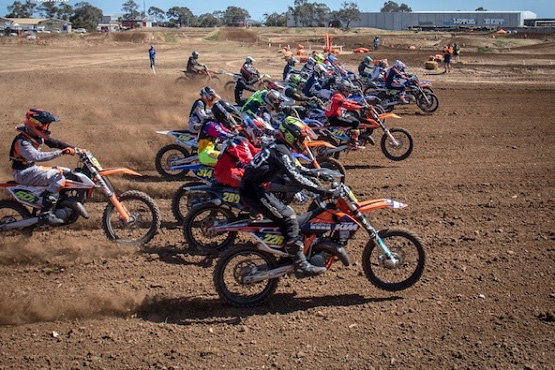 The Championship decider day of the KTM Australian Junior Motocross Championship (AJMX) being held at the Motocross Riders Association in South Australia saw plenty of thrills, battles and celebrations as 12 national titles were decided in what was an incredible day of racing.

The Motocross Riders Association club in Gillman has been blessed with exceptional weather conditions all week and the track has produced top notch racing. It has been a proud week for the sport, as the country‰Ûªs elite junior motocross athletes were crowned!

The Motocross Riders Association, officials and volunteers are to be commended on the professionalism and efficiency in which the week-long event was conducted, and the daily track preparation and maintenance ensured the safety of all competitors.

With what was once again the Banana Bender Show, West charged to victory beating rival and fellow Queenslanders Deegan Mancinelle coming through with a close second and Jackson Camilleri rounding off the top three for the last final for this class.