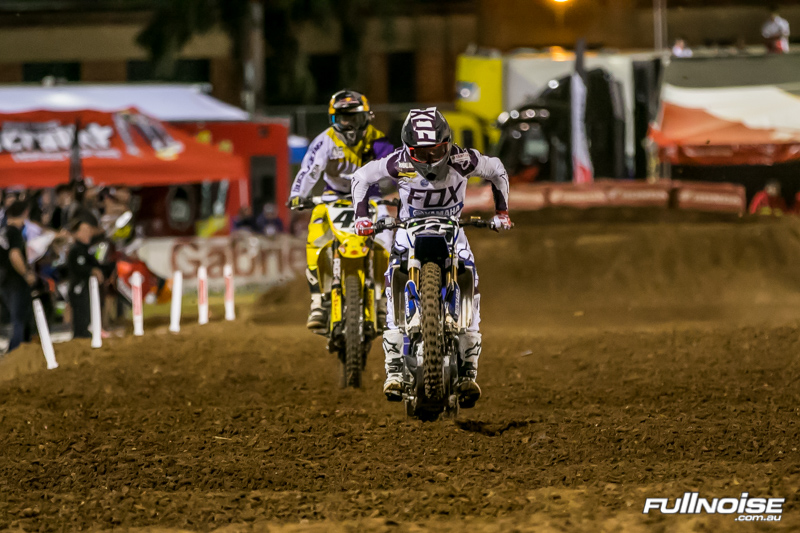 Dean Ferris is still second in the SX1 class of the Australian Supercross Championship following a trying night at round three at Wayville Showgrounds in Adelaide last Saturday night.

Ferris finished in sixth place after an eventful main event. The CDR Yamaha rider fell on the opening lap of the main event and was outside the top 10 with plenty of work ahead of him. But with his trademark ‰Û÷Never say die‰Ûª attitude, Ferris began his charge forward.

He climbed to sixth place in a good fight back and was able to hold onto his second place in the championship.

Ferris started the night well, taking the win in his heat race, but when the 20 rider field blasted into the first turn for the final, he locked bars with the riders around him and went down.

‰ÛÏMy goal is always to get on the podium and tonight I wasn‰Ûªt able to do that,‰Û