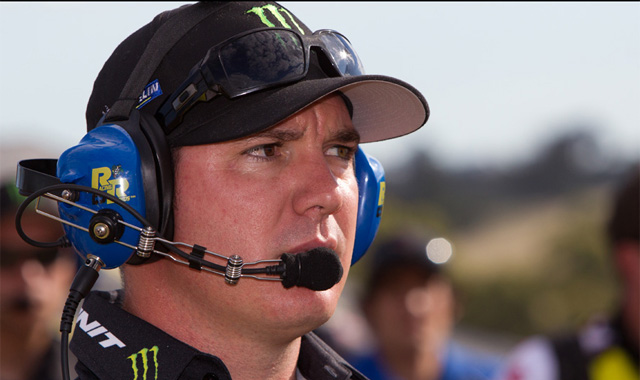 Heading into his second year as team manager of the Monster Energy Kawasaki team, Troy Carroll has more of an understanding of what it takes to have his riders and his team ready to go at round one of the National series. 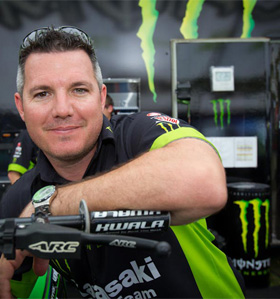 Troy Carroll heads into 2012 with full confidence in his team lineup - Photo Credit: Rice Photography
With two new riders in the team line up for this season in Current MX1 Champion Jay Marmont and MX2 rider Kade Mosig, joining Billy Mackenzie who is back with the team for the third straight season, 32 year old Carroll has been pleased with how the whole team has come together and is confident that all of his riders are at the top of their game heading into Conondale on Sunday.

"Billy has probably had one of his best off seasons he has had so far, he is fit and ready and really fast at the moment, I think we will see big things from him." stated Carroll

"Jay has swapped over from another team, he is really refreshed. Jay wants to win, it is going to be good to see him ride the Kawasaki, so far what we have seen out of him has been unbelievable, and both he and Billy have been great during testing." Carroll continued

"It is Kade's year to step up, he gave me a phone call on Wednesday and said his bike was amazing and that he felt perfect, I guess when the gate drops on Sunday we are going to find out where we are at." 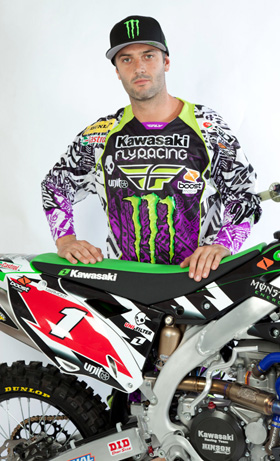 Jay Marmont brings the number one red plate across to the Monster Energy Kawasaki team for the opening round of the 2012 season.
After coming in a little under the pump last year, with the team still finalising the work shop as pre season testing was getting underway.

2012 sees TC as he is know by at the races, has the team prepared, focused and completely ready to race when the gate drops for the first time this weekend at round one of the Monster Energy MX Nationals.

"Last year coming into the season we were busy getting the race shop set up, It was a really intense off season for us and the testing for us was not as good as we expected it to be." said Carroll

"This year we have had a really good lead up to the first round, Pro Circuit has once again helped us out a lot and we had one of the KAYBA suspension technician come over to help us set up the bikes for this season which has been a big help." explained the Toowoomba based team manager.

"We have been better with testing this year and have made sure Jay, Billy and Kade are all fine with their bikes, I wanted to make sure that from the start of this season, the guys are happy with everything and have everything they need around them." he added.

With three riders all considered major players and threats to take out the titles in their class this season, the former multi time motocross champion's expectations are clear. Carroll will be looking for consistent showings at each round by all of the team's riders and for them to be in a position to attack for the championship win, when they get to the crunch time of the year at season's end in August.

"Every year our expectation on the riders is always to win, It is a long series, Townley is in for the first round, maybe two then he is out of the series." explained Carroll

"My thing for these guys is to be consistent through the whole season, we are not expecting to go out there and win every single race, though I would like to, at the end of the day it is the Championship that counts." he continued.

"I will do everything I can to maintain my guys and help every way I can to make sure they are in a position at the end of the year to attack and take a championship." Carroll concluded.

Main Photo: TC and his team are ready for the long 2012 season that lays ahead.
Photo Credit: Garry Morrow