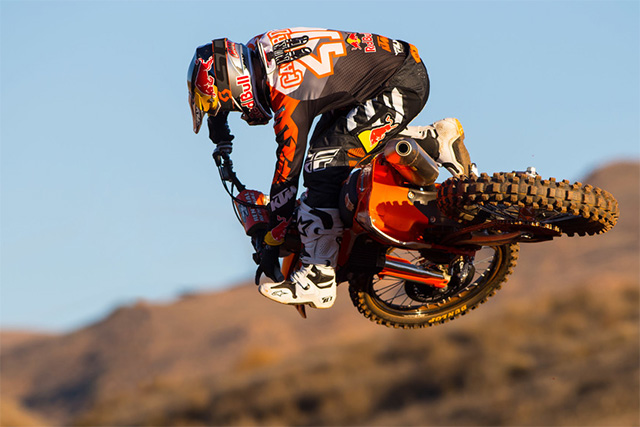 Red Bull KTM Factory Racing Team‰Ûªs Trey Canard suffered a crash earlier this week and therefore will miss the upcoming round of the AMA Pro Motocross Championship in Southwick, Massachusetts.

Canard did not sustain any bodily injuries; however, due to the impact of his crash, Canard will sit out for at least one round. Canard‰Ûªs teammate, Marvin Musquin, will line up on Saturday for Round 7 of the AMA Pro Motocross Championship this weekend at Southwick.

Canard has missed most of the 2017 Lucas Oil Pro Motocross Championship season after breaking his collarbone in pre-season testing. So far this year he has competed in only four races, making the top ten once.