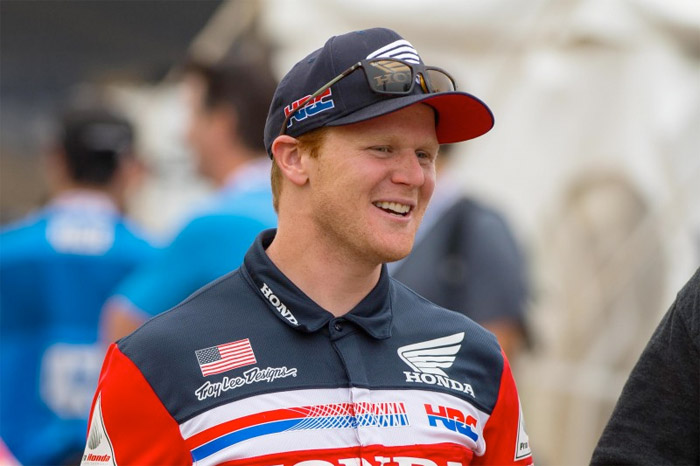 Team Honda HRC‰Ûªs Trey Canard will return to action this Saturday for round eight of the AMA Pro Motocross series at Spring Creek MX Park in Millville Minnesota.

After missing the last four races due to an injury sustained while practicing. Canard, who suffered a bulging disc in his neck that caused numbness in his arm and hand, has been riding the last two weeks and is prepared to return to competition.

Team Honda HRC is eager for Canard‰Ûªs return, as the squad has been forced to sit out the races at RedBud and The Wick 338 after teammate Cole Seely was also injured. This past weekend in Southwick, Massachusetts, GEICO Honda‰Ûªs Justin Bogle was the sole rider aboard a factory-prepped CRF450R.

Although the day started on a positive note for Bogle, who scored a career-best fourth in moto one and took the holeshot in both races, he was forced into the pits after a hard moto-two crash.

‰ÛÏI‰Ûªm excited to be returning to the starting gate this weekend,‰Û 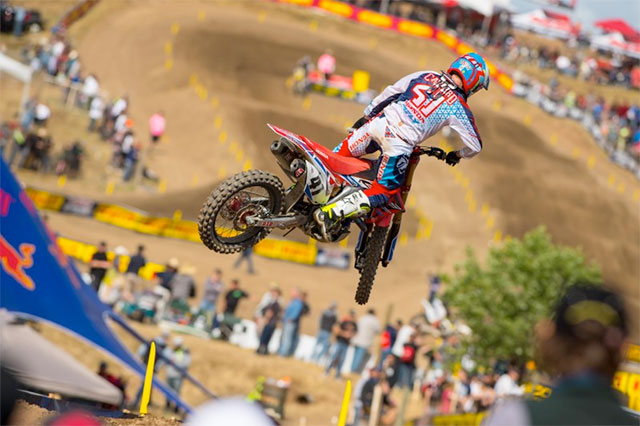 Trey Canard will be back in action this weekend