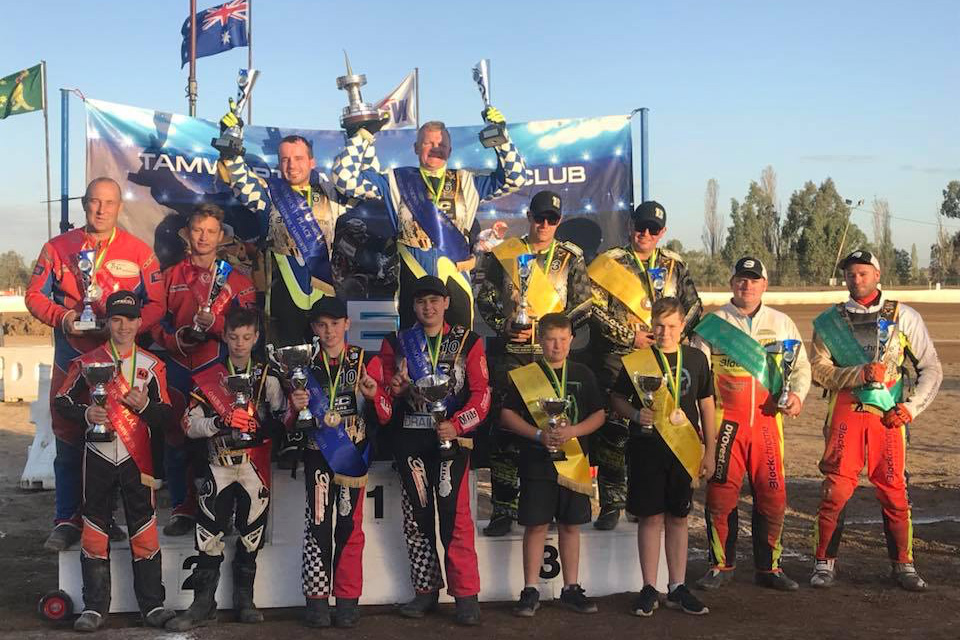 Treloar and Headland have been in some serious form and after a rain affected Saturday night, the pair didn‰Ûªt drop a single point on their way to the Australian title, backing up their perfect performances at the FIM World Cup and FIM Oceania Championship.

Andrew Buchanan and Denny Cox had to settle for second place in the final after a solid nights riding, but they just couldn‰Ûªt find the pace of Treloar and Headland. Trent Headland, brother of winner Jesse Headland and his swinger Darryl Whetstone rounded out the podium in third position.

The Australian Junior Speedway Sidecar Championship was welcomed back to the same meeting as the Senior Championship after a year hiatus, and it was Western Australian brothers Jack and Adam Fewster claiming the title.

The brothers were untouchable throughout the meeting, claiming all their heat wins before taking out the final to put their stamp on the competition.

‰ÛÏIt was awesome, Adam and I got the bike set up right for the track and the conditions were basically perfect after the rain the night before,‰Û