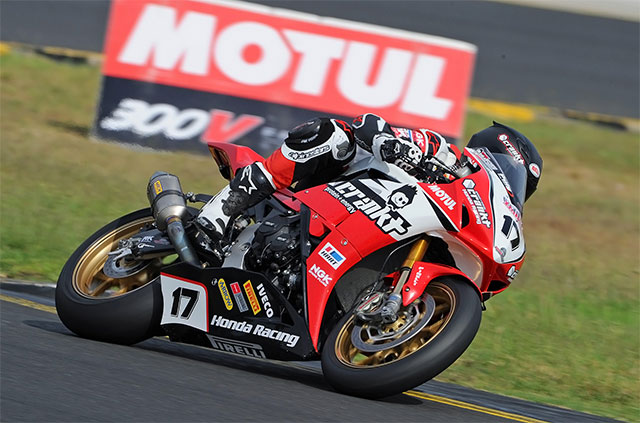 The Crankt Protein Honda Racing Team have wrapped up a challenging Round 3 of the 2016 Australian Superbike Championship at Sydney Motorsport Park, with both Troy Herfoss and Jamie Stauffer leaving the circuit safe and healthy.

With the weather tipped to be wet at Round 3 of the ASBK, the Crankt Protein Honda Racing team were prepared to take on the elements, and with Herfoss looking to maintain his championship lead, and Stauffer making his return after injury, the round was nothing short of eventful.

After qualifying in 4th on Saturday, Herfoss fought to chase down his competitors on the fast Sydney Motorsport Park circuit during race one yesterday, but to no avail. At the conclusion of the race, Herfoss crossed the line in fifth position. In race two, a scorcher of a start for Herfoss allowed him and his Honda CBR1000RR SP machine to move in to the race lead for a period of time in the wet conditions, however after dropping back to third, Herfoss ran wide in turn one with four laps remaining, and as a result ran out of time to make up valuable positions, and concluded race two in seventh. Herfoss now sits in third position in the overall Superbike championship, only eight points off the lead.

‰ÛÏIt was a tough weekend for us ‰ÛÒ we all worked exceptionally hard but we fell a bit short pace wise, and although we made some good progression as the weekend went on, the outright pace just wasn‰Ûªt there,‰Û 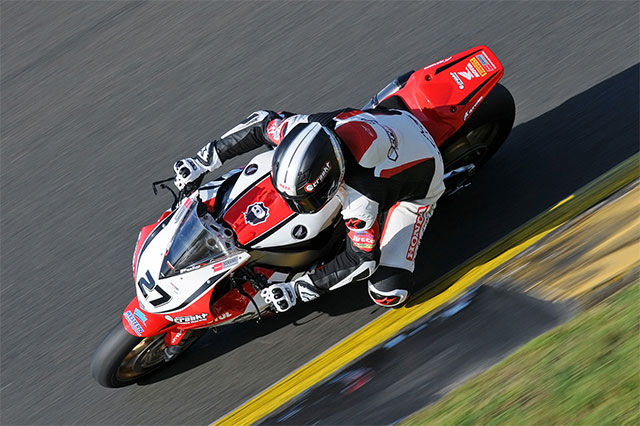 Jamie Stuaffer was back on track aftermissing a round due to injury
For Jamie Stuaffer, who made his return to the Australian Superbike Championship at Sydney Motorsport Park on the weekend, a sixth place in race one was an encouraging result, however it was in race two that Stauffer recorded his best finish for the weekend in the wet ‰ÛÒ capitalizing on other rider‰Ûªs misfortunes, and putting in a consistent ride to conclude race two in fourth place.

‰ÛÏIt was my first ride back since I injured my back, and it wasn‰Ûªt a great weekend for me but I‰Ûªm still not back at 100 per cent fitness yet,‰Û 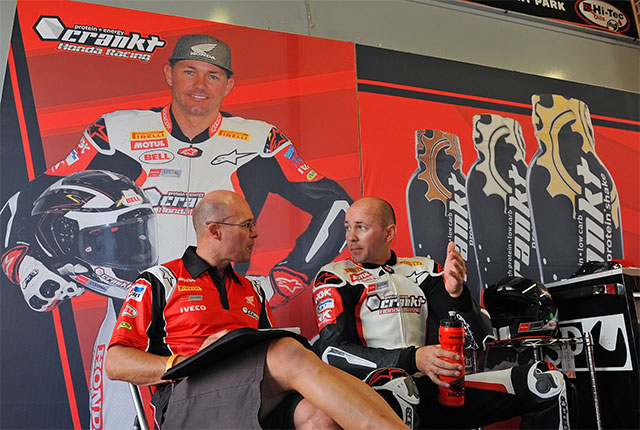