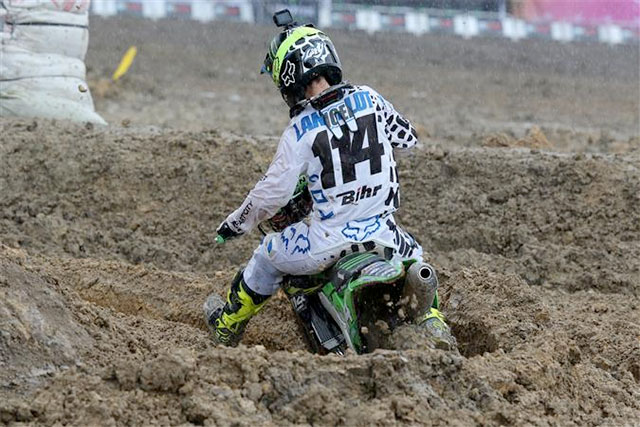 Livia Lancelot's title defense with her Monster Energy Team 114 Kawasaki got off to an unfortunate start in the series opener of the FIM WMX Women's World Motocross Championship in Indonesia.

A long period of rain at Pangkal Pinang had severely handicapped track preparation and every class on the programme faced drastic amendments to the programme; the ladies were eventually the only class to race on Saturday, and their intended Sunday morning race was delayed until the afternoon when yet more rain fell on the island which is just two degrees latitude from the Equator.

Lancelot held down third place until midway through the opening moto until a mechanical issue caused by the extremely damp conditions forced her to crash, fortunately without injury. Rebounding in race two the French girl was challenging strongly for second place until mud in her goggles forced her to settle for third.

She holds down ninth in the championship standings but is only five points away from third and only a further ten points shy of the series leader. 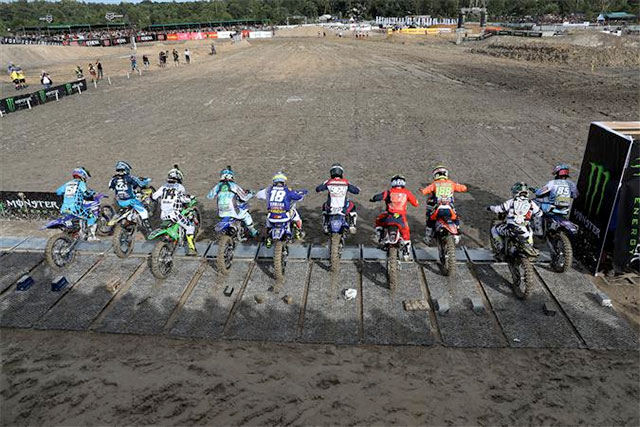 The girls blast into the abyss.
"It‰Ûªs not really the weekend I was hoping for, as we have a very short championship with only six races and the first of the series has been a lottery due to the bad weather and the track conditions," Lancelot lamented.

"On Saturday the track was tough, and in these conditions I had a mechanical issue but at least I didn‰Ûªt get injured in the crash. I scored some points, but that‰Ûªs not how I wanted to start the series.

"For the second race it was much better, I had a good feeling with the track and posted the fastest lap time when I was in third position. I think that I could have won this one, but I got mud in my goggles from a lapper; I had to take off the goggle so it was impossible to follow Kiara and I ended up third. I go back home with not so many points, but I will rebound and try to get some victories in the next few rounds.‰Û 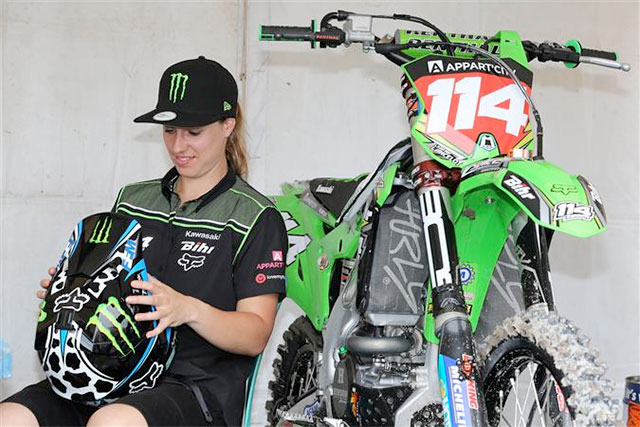