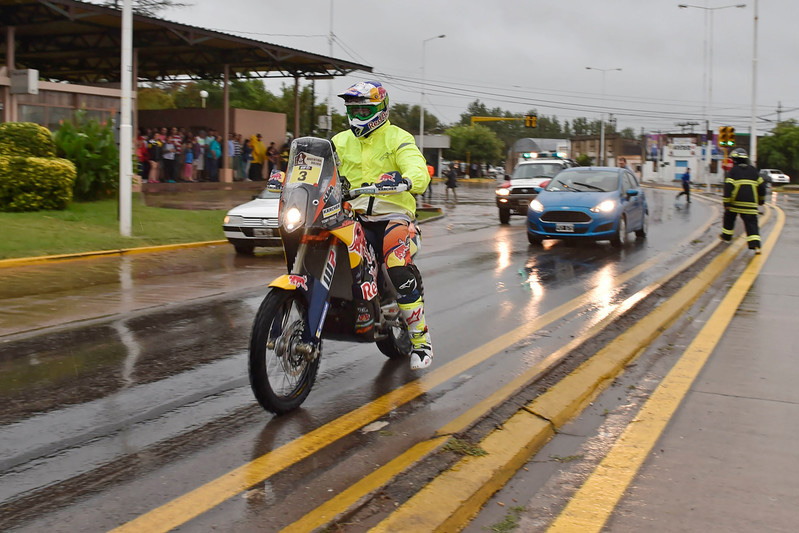 It has been a tough start for the organisers of the 2016 Dakar Rally with the Prologue being neutralised after a car left the course, colliding with a number spectators, before the opening day of racing was cancelled due to an electrical storm.

At km 6.6 of the prologue special linking Buenos Aires to Rosario, at 5.59pm, a competitor left the road harming several spectators.

The local forces and the rally organisation immediately reacted jointly dispatching their means on site.

Organisers later released an update on the incident reporting that a 10 year old boy and his father were in a stable condition, while another spectator who was stable, condition worsened and they were transferred to another hospital while a fourth spectator has been treated for a broken femur.

With all motorcycle riders completing the prologue before it was cancelled due to the accident, all results for bike and quad riders from the day will remain with Honda's Joan Barreda leading the way from Husqvarna's Ruben Faria and Yamaha's Helder Rodrigues.

Australia's Toby Price racing for the Red Bull KTM Factory team finished the day in 16th as the top twenty riders were separated by less than 20 seconds. 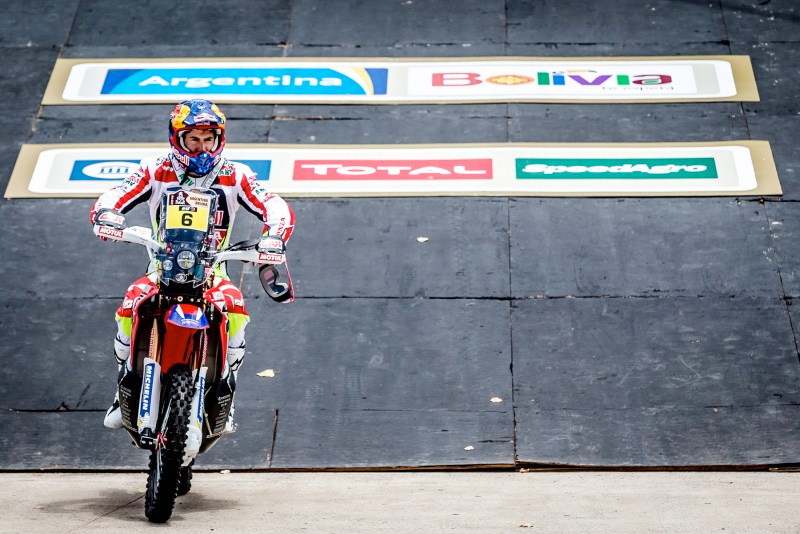 Honda's Joan Barreda will lead the field away when racing gets underway late this afternoon Australian time.
In another blow for the organisers the first stage of the 38th Dakar was cancelled due to extreme weather on the course.

A double whammy of storms and extremely thick low clouds kept aircraft grounded, making it impossible for them to guarantee the safety of the competitors. As a result, race director Ìätienne Lavigne was left with only one realistic option.

The competitors headed to Villa Carlos Paz under link section rules after the decision was announced.

A route has been selected on which motorcycles and quads move in a convoy, while cars are allowed to travel on their own. The trucks had not departed the Rosario bivouac yet, so they are heading to today's finish on the course for assistance vehicles.

It goes without saying that there were no changes in the classification and the start of stage 2 tomorrow will be based on the places at the end of yesterday's prologue.

Joan Barreda's Honda will be the first motorcycle with Australia's Toby Price starting in 16th position.

An initial link section 70 km long will take the competitors to the start of the second special, the longest of the 2016 edition, with the bike and quad competitors racing over a 450km timed special.

Top Image: Australia's Toby Price will start from 16th position when racing gets underway on day two after the opening day of racing was cancelled.