Tough day for Jed Beaton and Hunter Lawrence at Lommel 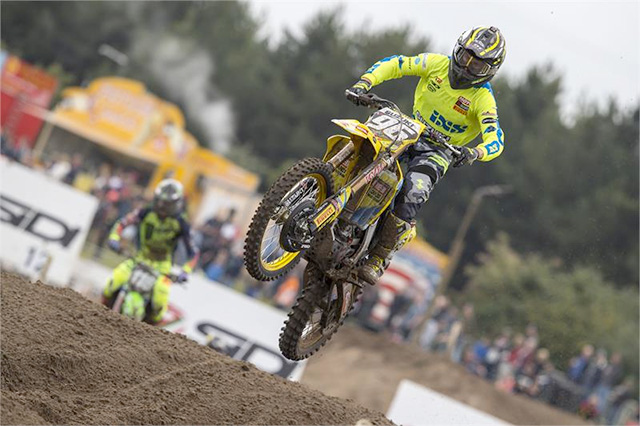 The MXGP of Belgium was a tough day for Australians Hunter Lawrence and Jed Beaton in what were extremely difficult conditions at the Lommel track.

Hunter Lawrence survived his first experience of a Lommel GP and can be pleased with how he rode in what is known as one of the toughest races in the world. After such little bike time, the Suzuki World MX2 rider did well to charge through in both races and finish just outside the top 10.

A lack of bike time, combined with it being his first time racing this terrain meant that expectations weren‰Ûªt too high heading into the race. As always though, he just put his head and went to work and came away with two respectable finishes ‰ÛÒ 11-10 for 11th.

‰ÛÏIn the first moto I didn‰Ûªt get the best start and came around the first corner in around 20th. I soon got to work though and worked my way up to 11th. That wasn‰Ûªt too bad, but obviously I wanted to do a bit better in the second race," Lawrence explained.

"I got a top-15 start in the second race but in the third lap I got a bit too impatient and cased a jump and that sent me off the track. I didn‰Ûªt crash but I stalled it and it took a while to get it fired up again. Everyone had passed me by that stage so I was almost last but I charged through the field once again to get up to 10th place. It was my first Lommel GP done and it went ok, so I know what to expect now and believe that I can come back next year and do much better.‰Û 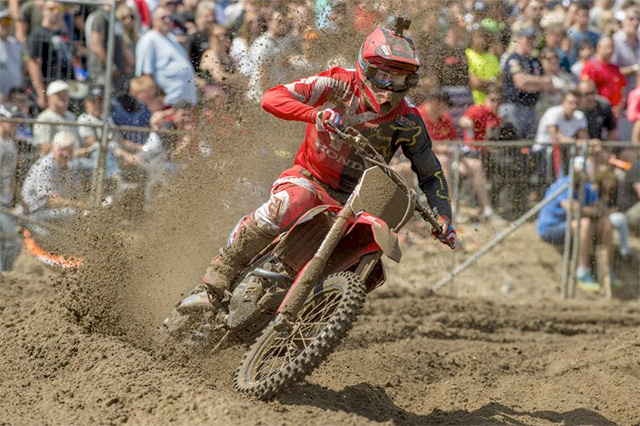 Jed Beaton
Jed Beaton's overall result of 26-26 for 30th doesn‰Ûªt give a true reflection of how he was riding today. A bad start in the first race meant Jed had to fight hard through the pack, making his way from 38th to 18th within a few laps. As the Aussie started to reel in the next few riders, he crashed meaning all his hard work was undone.

Jed‰Ûªs start in the second race was much better but he was unable to avoid a pile up in the first corner. Picking himself up, despite making it back into the top 20 through the race, the Aussie crashed numerous times pushing him to the back of the group and out of the points.

"I haven‰Ûªt exactly had the best day in Lommel today," Beaton lamented. "The first start wasn‰Ûªt so good and I don‰Ûªt know what happened I think I just struggled a little bit and after making really good headway through the race I had a small crash which took all the energy out of me and then I ended up crashing again and by then I was just done! I wasn‰Ûªt feeling it,

"I came in and regrouped for the second race. I got off to a good start in the second race but Jonass went down and a huge pile up happened and I ended up in it. The first couple of laps after that was good, I made progress through the pack and I was just trying to flow. Probably about six laps in I went down again which just took all my energy out of me again, then I ended up crashing another three times. So basically, this whole weekend has been a series of crashes. The track was so gnarly, it is the roughest track I have ever ridden. So, all in all, a lot of negative and positive things to take away from this weekend," Beaton concluded.