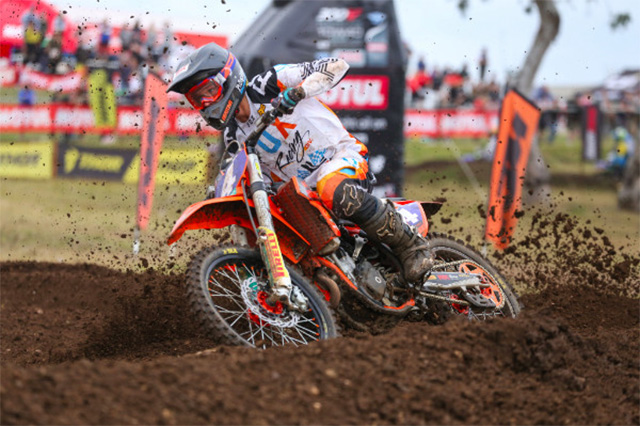 With Round 8 marking the final outing for the Pirelli MXD class, Fogarty entered the weekend shooting for the podium, and hoping to maximise on the opportunity to gain important championship points, however crashes plagued the Victorian in both motos at the event in New South Wales yesterday.

Fogarty qualified in 10th position yesterday morning, and when bikes took to the line for their second last moto of the season, the 17-year-old was determined to step things up. Unfortunately for Fogarty a crash on the opening lap forced him to re-join the race in dead last, however thanks to the reliability of his KTM machine, he was able to charge back to 14th position at the conclusion of the moto. In race two Fogarty experienced a similar fate. After going down on the opening lap, the Victorian made his way back to an impressive sixth place, and with 14,6 results he was awarded with tenth overall for the round.

Following the Port Macquarie outing, Fogarty finished sixth overall in the Pirelli MXD Championship for 2017, with a total of 372 points to his name.

‰ÛÏThe last round wasn't my best. I felt like I had great speed but I just couldn't put it together,‰Û 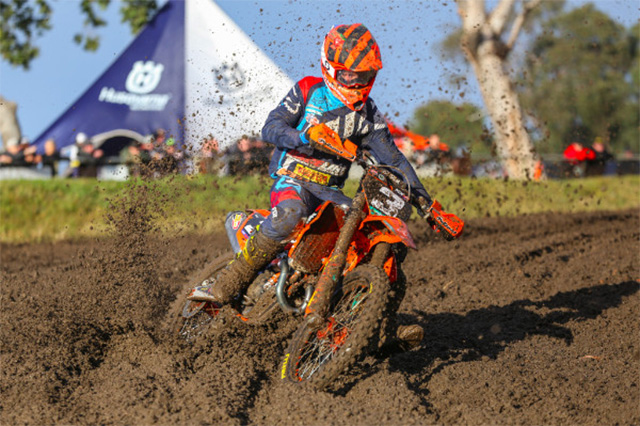 Jayden Rykers. Credit: MXN Images
For the team‰Ûªs MX2 rider Jayden Rykers, Round 8 delivered consistent results. After qualifying in eighth yesterday morning Rykers raced to sixth in race one, while in race two the KTM 250 SX-F rider showed his speed. Depsite starting outside the top ten, the former Western Australian made his way through the pack of talented riders up to fifth at the conclusion of the moto. With 6,5 race results, Rykers finished the round just shy of the top five in sixth overall.

‰ÛÏOverall the last three rounds have been a step forward from the first half of the season,‰Û 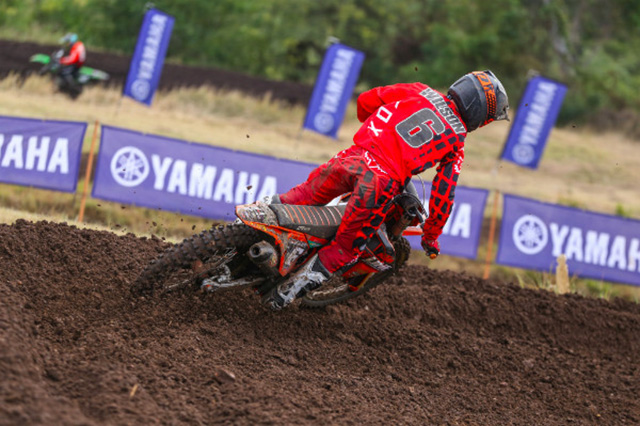 Jay Wilson
Newly drafted MX2 rider Jay Wilson who is just finding his feet at the MX Nationals after time away from the National circuit, faced some challenges at Round 8. Despite beginning his day by qualifying in a comfortable seventh position, crashes hindered the experienced rider‰Ûªs charge when racing commenced at Port Macquarie. After going down on the opening lap of race one Wilson clawed his way back to tenth, while in race two Wilson was sitting in seventh position when a crash in the roller section of the track saw him drop back to ninth. With 10,9 race results, Wilson finished in ninth overall for the round at Port Macquarie.

‰ÛÏRound 8 was a challenge to say the least. I went down a number of times and made it hard on myself, and unfortunately it was a track that if you didn‰Ûªt get a good start then it was difficult to do much,‰Û