Top Ten Finish for Beaubier on his Donington Debut 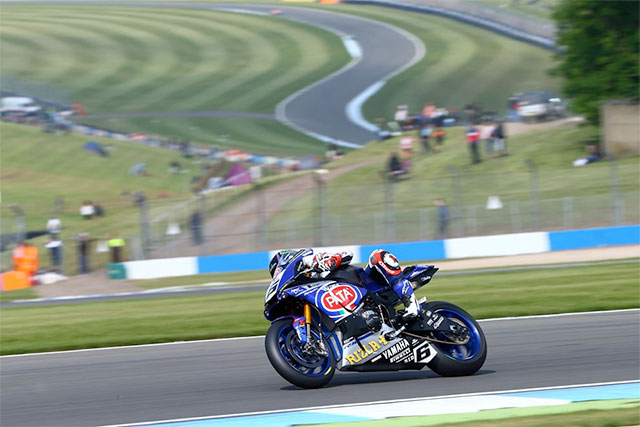 Cameron Beaubier concluded his debut weekend with the Pata Yamaha Official WorldSBK Team at Donington Park in the UK last Sunday, securing a top ten finish in the 23-lap contest.

With just under three hours of track time aboard the YZF-R1 under his belt, the young American put on a standout performance at the British track to the delight of his team and its supportive home crowd.

After crashing out of Saturday's race, a more conservative but less aggressive start to Sunday's race saw Beaubier immediately consolidate his grid position, running ninth for the opening three laps before advancing to eighth from lap four.

Holding position until the halfway stage he lost out in a three rider battle on lap 13 to sit tenth and while his pace improved for the closing stages, he concluded the race rounding out the top-ten and collecting his first set of six championship points. 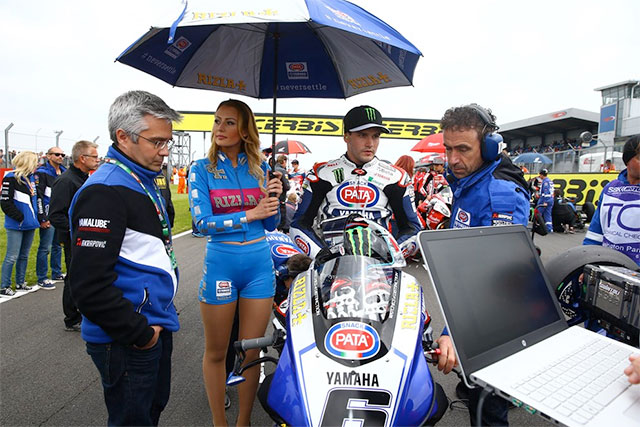 Cameron Beaubier on the grid
"I struggled for the opening third of the race just because, honestly, crashing on the opening lap yesterday hurt me more than I originally realised just with the lack of track time and losing all that experience," Beaubier explained.

"The second half of the race I felt a lot better on the bike, two guys came past me and I thought they were going to leave me but slowly I started to chip away and claw my way back to them, which felt good. It is one of those things, I feel that if today was yesterday and we could start on a new day tomorrow after the race we've just had, that we would have been able to put myself in a much better position.

"I'm not really happy with tenth, obviously I want to be a bit higher up than that, but I'm happy with how I felt towards the end of the race. I wanted to try to pass one of them on the last lap but I ran out time!

"Most importantly I just want to thank Pata Yamaha for giving me this opportunity and for Yamaha US for letting me come to do this. It was a really fun weekend, I learnt a lot and I hope to do it again someday," he concluded.

Team Principal, Paul Denning added, "Of course, a tough weekend without Alex and Sylvain being able to ride, but thanks to them both for attending today and spending time with our sponsors and guests.

"Cameron has done a great job - the depth of talent in WorldSBK is significant and it's never easy jumping on a new bike, with a new team and on tyres you've never ridden before. He has summed it up perfectly - 23 laps yesterday in Race 1 would have set us up much better for today. Even so, a hard fought top-ten in your first WorldSBK race is nothing to be sniffed at, so thanks to Cameron for his efforts and to Keith McCarty and the team at Yamaha US for loaning us their talented rider."

The Pata Yamaha Official WorldSBK Team now look towards the Misano World Circuit - Marco Simoncelli as the championship moves back to Italy for round eight, commencing on Friday 17th June. 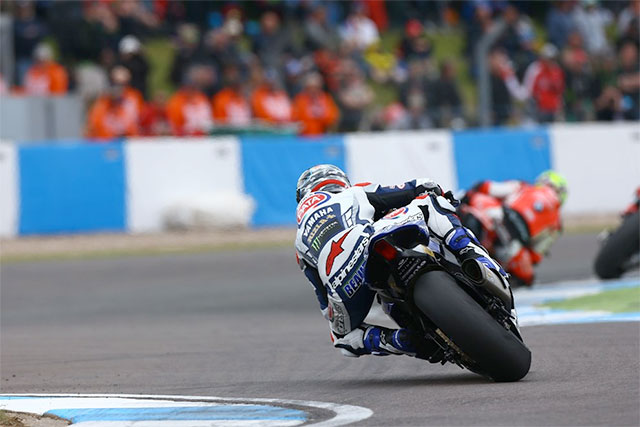 After his Donnington weekend away, Cameron Beaubier now returns to the USA.