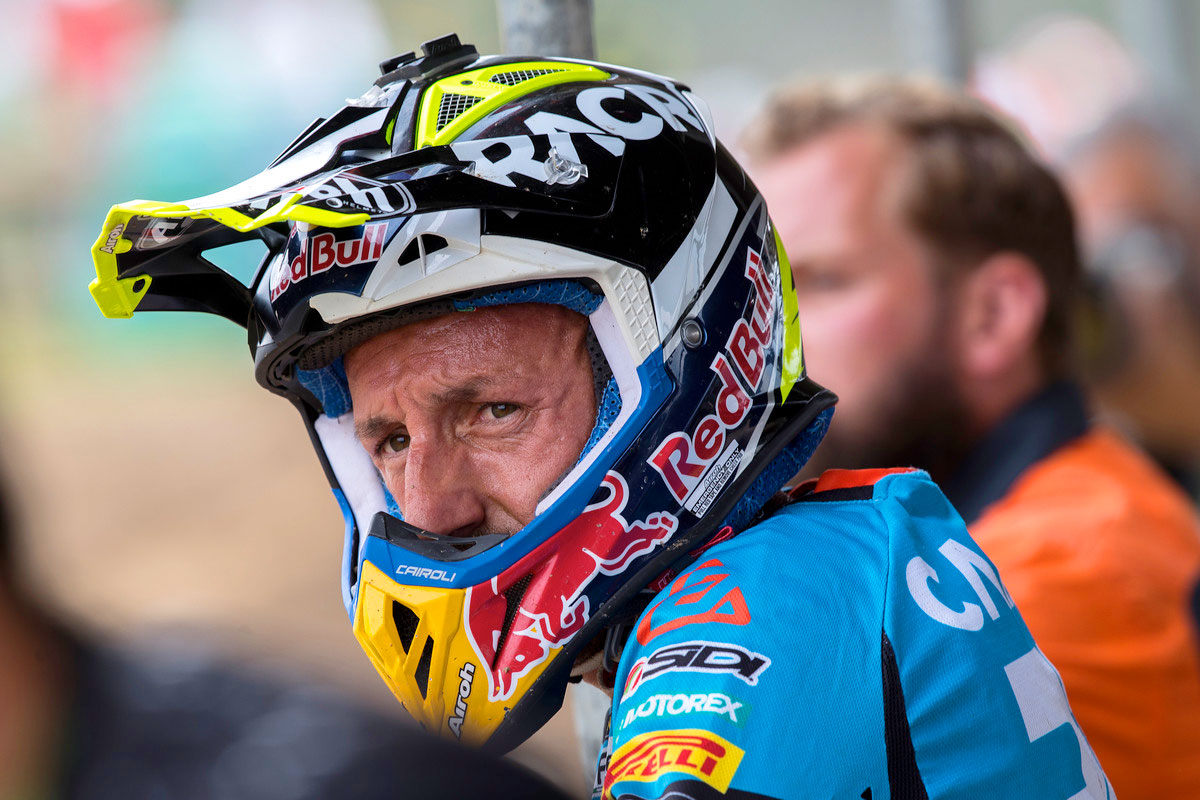 After taking pole on Saturday and a flying start in moto one Cairoli's weekend went down hill quickly. Midway through the opening moto the Sicilian seemed to stall his bike on an up ramp, the resulting crash cost him time and positions ‰ÛÒ as well as a tweaked knee and damaging his bike - and crossed the finish line in 8th.

In the second moto the 32-year-old rode stoically in spite of the distraction of his knee and his resulting 6th place meant 7th overall and just the third time in 2018 he has missed an MXGP podium ceremony. 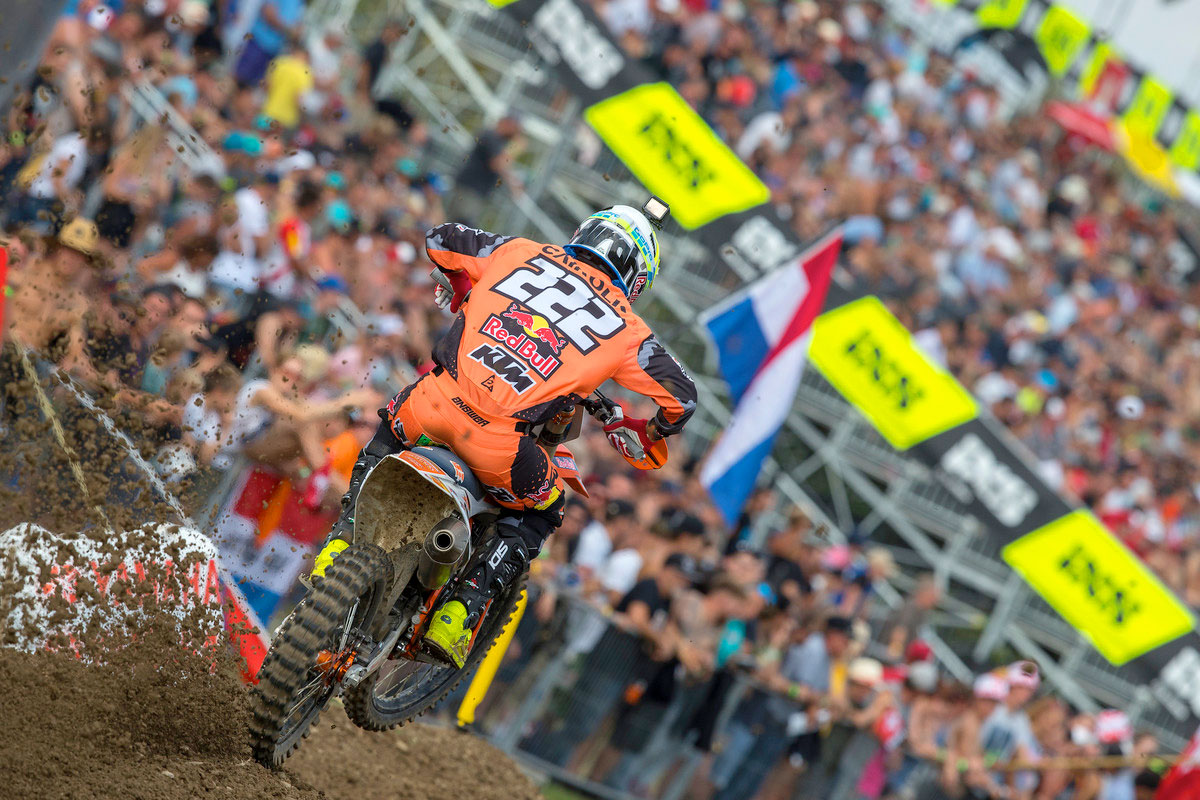 Cairoli now trails Jeffrey Herlings by 58 points in the championship with four rounds remaining. Photo: Ray Archer
‰ÛÏThe weekend started good with the win in the qualifying race and I felt good with the track but my start was not that great in the first moto," Cairoli explained.

"When I saw Jeffrey had the lead I pushed hard and I knew I had to stay with him to have the chance to win. I passed some guys, reached Febvre and then Desalle and arrived a little bit too fast in one section and I stalled the bike. I went over the bars and felt something immediately with my knee. It felt weird and my handlebar was bent and my front brake was broken.

"It was difficult to keep the rhythm after that. I had some ice in the break and the knee was not 100% and I didn't know what to expect in the second moto. The start was OK and I could run with the guys in front for twenty minutes but then became a bit tired because I was riding in a strange position. I dropped to sixth, which was still OK but the priority now is to check the knee and hopefully I can finish the season without any problems.‰Û