Tony Cairoli gets 2018 motocross season off to winning start 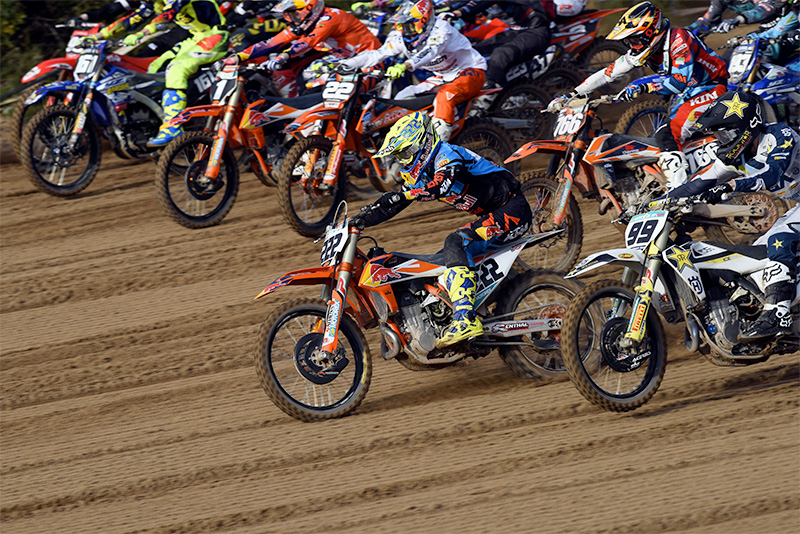 Red Bull KTM‰Ûªs Tony Cairoli won both races in the opening round of three in the 2018 Internazionali Motocross at Riola Sardo in Sardinia to begin the year in a positive vein with the works 450 SX-F.

The bumpy sand of Riola is familiar to the Red Bull crew and a host of their Grand Prix rivals as a popular pre-season venue for testing and training. On a cloudy day for the very first significant motocross fixture of the year Cairoli ‰ÛÒ defending national champion - was in impressive form to win both the MX1 moto and the second ‰Û÷Supercampione‰Ûª outing.

‰ÛÏThe first race of the season is always difficult simply because it‰Ûªs the first one!" Cairoli said. "But we had a good weekend. We are still testing some parts for the GP season and the Italian Championship is always a good time for this. We‰Ûªre looking forward to the next few races.‰Û 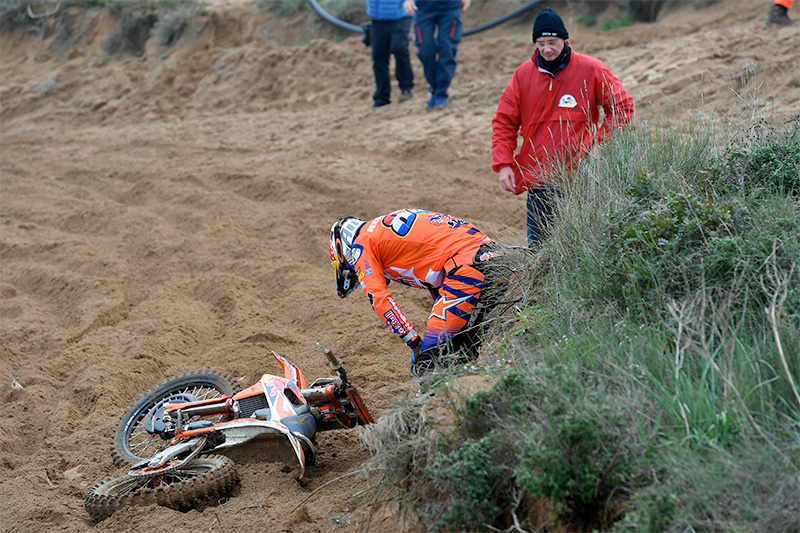 Jeffrey Herlings has had better days. Credit: S. Taglioni/KTM Images
Teammate Jeffrey Herlings collided with several riders entering the first corner of the MX1 sprint and crashed heavily; fortunately the Dutchman was unhurt aside from some bruising to his back. Countryman Glenn Coldenhoff rode to 11th and 9th positions while nursing a sore left hand as a consequence of a minor training accident the previous week. #259 was limited with his clutch operation and opted to gain safe and valuable race mileage.

"The crash wasn‰Ûªt too bad but getting run over wasn‰Ûªt much fun!" Herlings said. "I was lucky that it wasn't too bad but the bike was pretty damaged so that meant it wasn't possible to continue. A shame we couldn't race; at least this is an upgrade from this time last year when we came away with a broken hand! Aside from today I‰Ûªm feeling good with the bike and we‰Ûªll go again next week."

Glenn Coldenhoff will get more treatment on his injury in an affort to be at peak fitness for the MXGP season opener in March.

‰ÛÏThe first race in the books. I picked up a small injury last week during practice so my speed and riding wasn't the best today but I was still happy that I could race. I‰Ûªm going home to get some treatment now and then we‰Ûªll look towards the International at Hawkstone Park," Coldenhoff said. 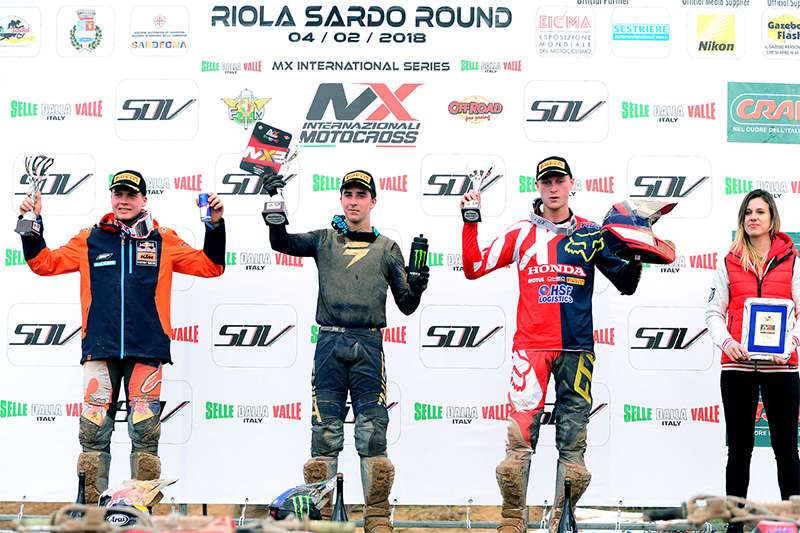 Aussie Hunter Lawrence took the win in the MX2 class
In the MX2 class FIM World Champion Pauls Jonass took his 250 SX-F to a 2-6 scorecard: the second ‰Û÷Supercampione‰Ûª moto involving competition against the larger 450cc motorcycles. The Latvian rode positively on the #1 machine to recover from a first moto tumble. Teammate Jorge Prado did not take part in the meeting. Australian Hunter Lawrence mastered the heavy sand conditions to take the class win by 15 seconds.

"I‰Ûªm happy to get the first race behind me," Jonass said. "I‰Ûªm happier than I was this time last year as I struggled a bit more then and my riding was not too bad. I made a stupid little mistake in the first race and had to come back from tenth up to second. I then rode calmly and decided not to take any risks. We still have some time to improve before the season.‰Û