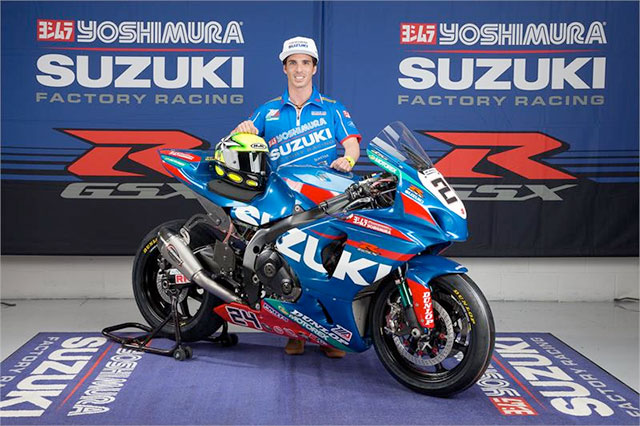 Yoshimura Suzuki Factory Racing has signed Toni Elias to race in the team for the remainder of the 2016 MotoAmerica Superbike season.

The former Moto2 World Champion created a sensation when he won his first three MotoAmerica AMA Superbike races on a Yoshimura Suzuki GSX-R1000 as a fill-in rider for the injured Jake Lewis.

With Elias joining the team, Lewis will move to Team Hammer on an M4 Suzuki GSX-R1000 in the Superstock 1000 class and is expected to return to competition at the Virginia International Raceway round next month. The transition became possible when Team Hammer rider/ owner Chris Ulrich has decided to retire from racing. Suzuki recognised the opportunity for Lewis and began a discussion with the team.

‰ÛÏSuzuki Motor of America is pleased to have the resources available and the support of our M4 and Yoshimura Suzuki teams to take full advantage of this opportunity,‰Û