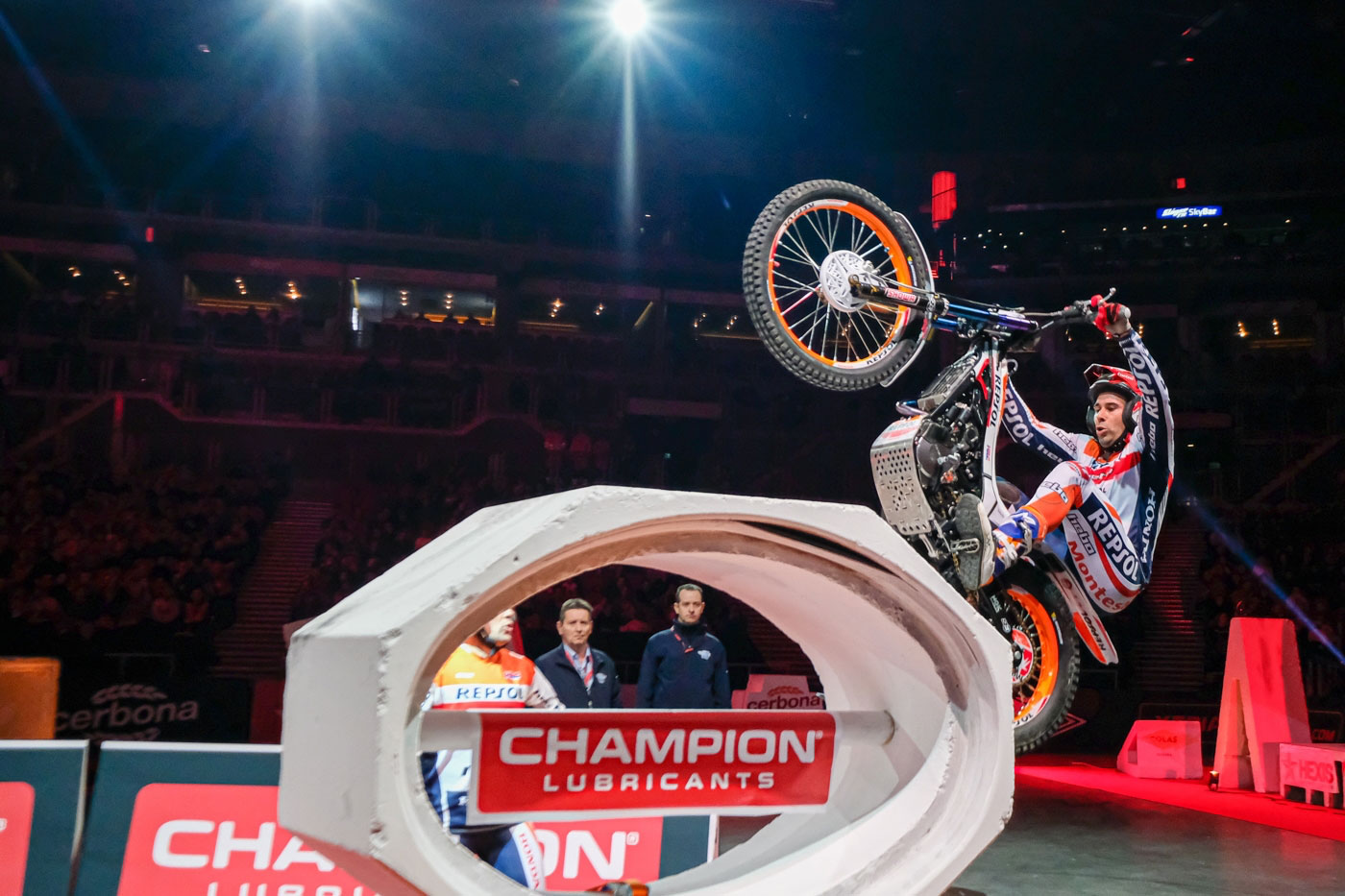 Toni Bou. Photo: X-Trail
Toni Bou claimed his 65th X-Trial win in his toughest test of the 2020 season yet, as the referee had to look back to the second round results following two ties in the Grand Final.

In the Hungarian capital of Budapest both the Repsol Honda rider and main rival Adam Raga scored 15 marks in a tense six-section finale before both going on to fail a challenging run-off.

In this unique situation they could only be split by their results in the Heat stages, giving Bou the win by ten marks to thirteen over the reigning world number two.


It was also a night to remember for Montesa man Gabriel Marcelli, who recorded the best result of his short career with his first podium. Like the Grand Final, the two Consolation Final contenders could only be separated for third place by their Round Two result, Jeroni Fajardo coming out second best on this occasion but booking his place at X-Trial Barcelona as best event rider nonetheless.

The night was full of surprises, with Miquel Gelabert and Benoit Bincaz shock eliminees in the preliminary phase of competition, faced with the toughest line-up of 2020 so far. Jorge Casales beat the pair by a three-mark margin despite his unfavourable first starting position, only to then fail all five sections consecutively in a challenging Round Two. Jaime Busto was also unable to make it through any of the sections successfully. That gave Marcelli his moment to shine, and his sensational performance was one of the highlights of a night to remember at the Laszlo Papp Sport Arena. 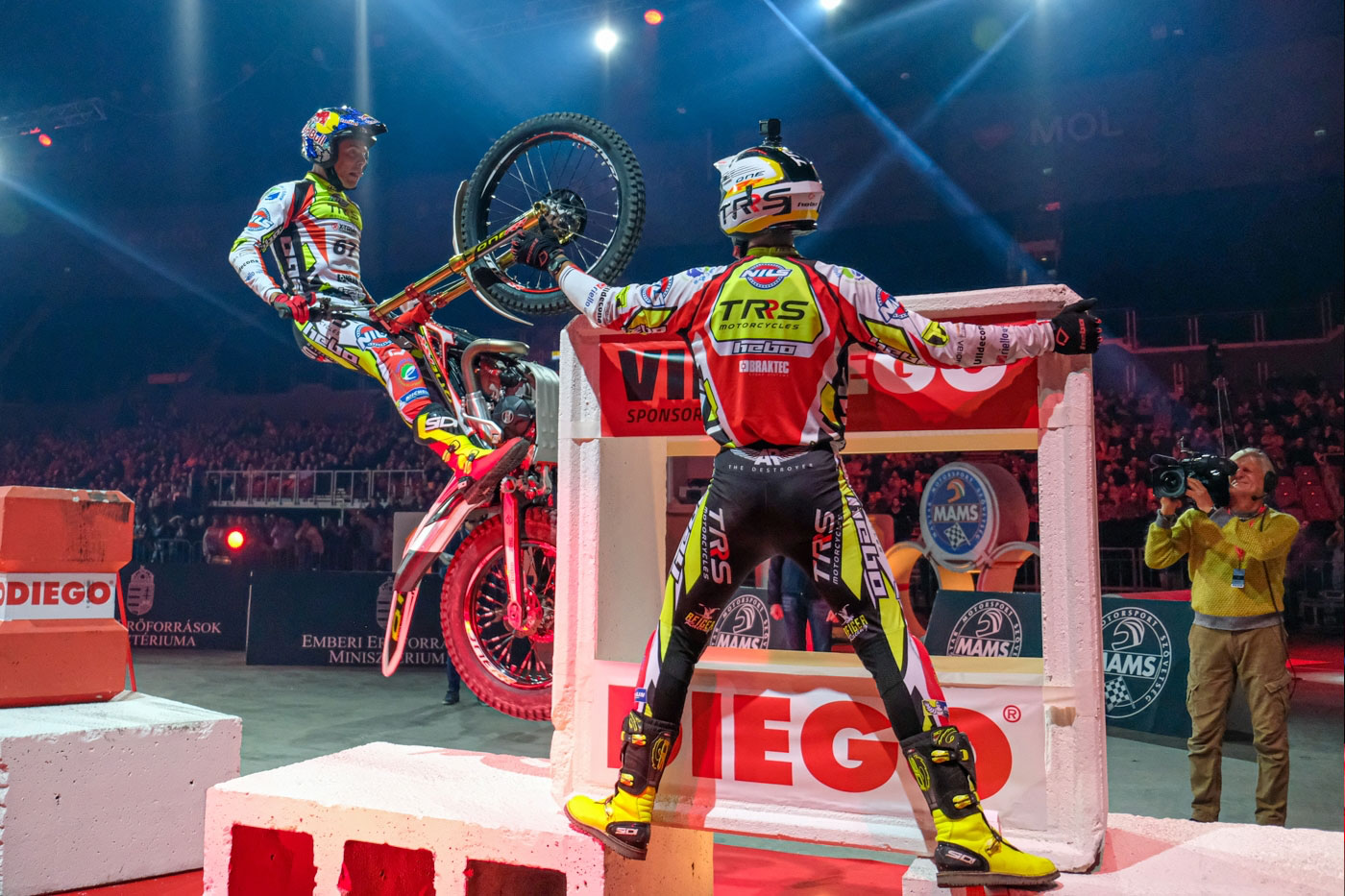 Adam Raga Photo: X-Trail
"It was a really, really tough trial," Bou said. "Adam rode really well today. We were able to win the first round and also the second which proved decisive for the final run-off. I gave it everything in the final, but I wasn‰Ûªt experiencing very good sensations, and I couldn‰Ûªt find my balance, but I had enough aggression to keep fighting until the end, where I cleaned the two final sections while there was everything still to play for, so it all turned out fine in the end. I want to congratulate Adam because it will be really tough to beat him this year."

Adam Raga was happy with his riding on the night saying, "I‰Ûªm very happy because I rode to a very high level and I was in contention right to the end. Things were a bit tight for me physically at the end and losing a mark in Section Six is what forced the tie-break. But anyway, I am pretty happy with my performance in what was a very demanding X-Trial, and that will help me re-charge my batteries ready for Barcelona.‰Û 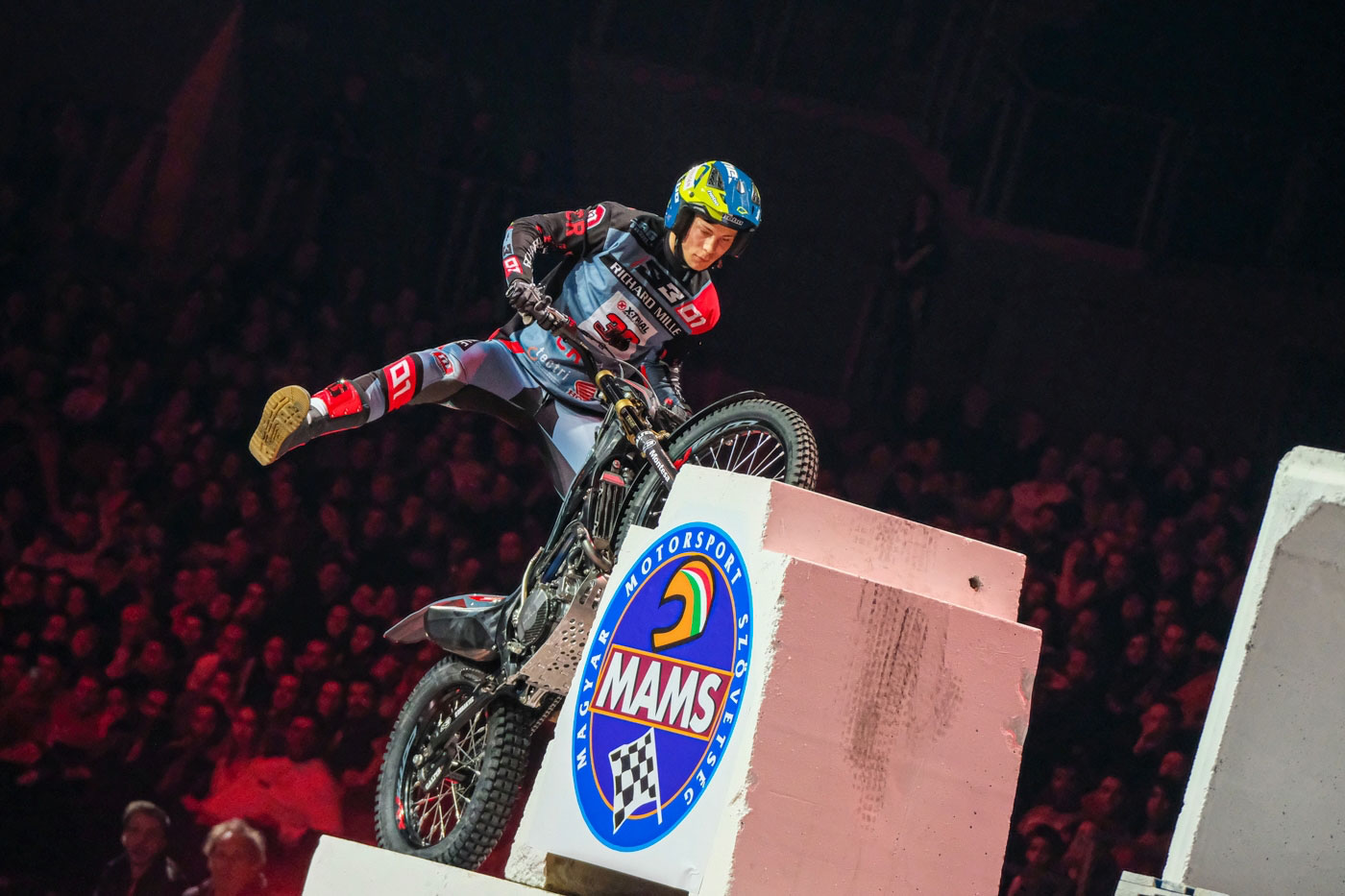 Gabriel Marcelli. Photo: X-Trail
Third placed rider Gabriel Marcelli was happy to have reached a level that saw him on the podium with the worlds best, ‰ÛÏIt‰Ûªs everything I could have dreamed of; my first podium is an extraordinary result. It was such a tough X-Trial, so I have to be pleased that I have earned my place among the world‰Ûªs best.‰Û 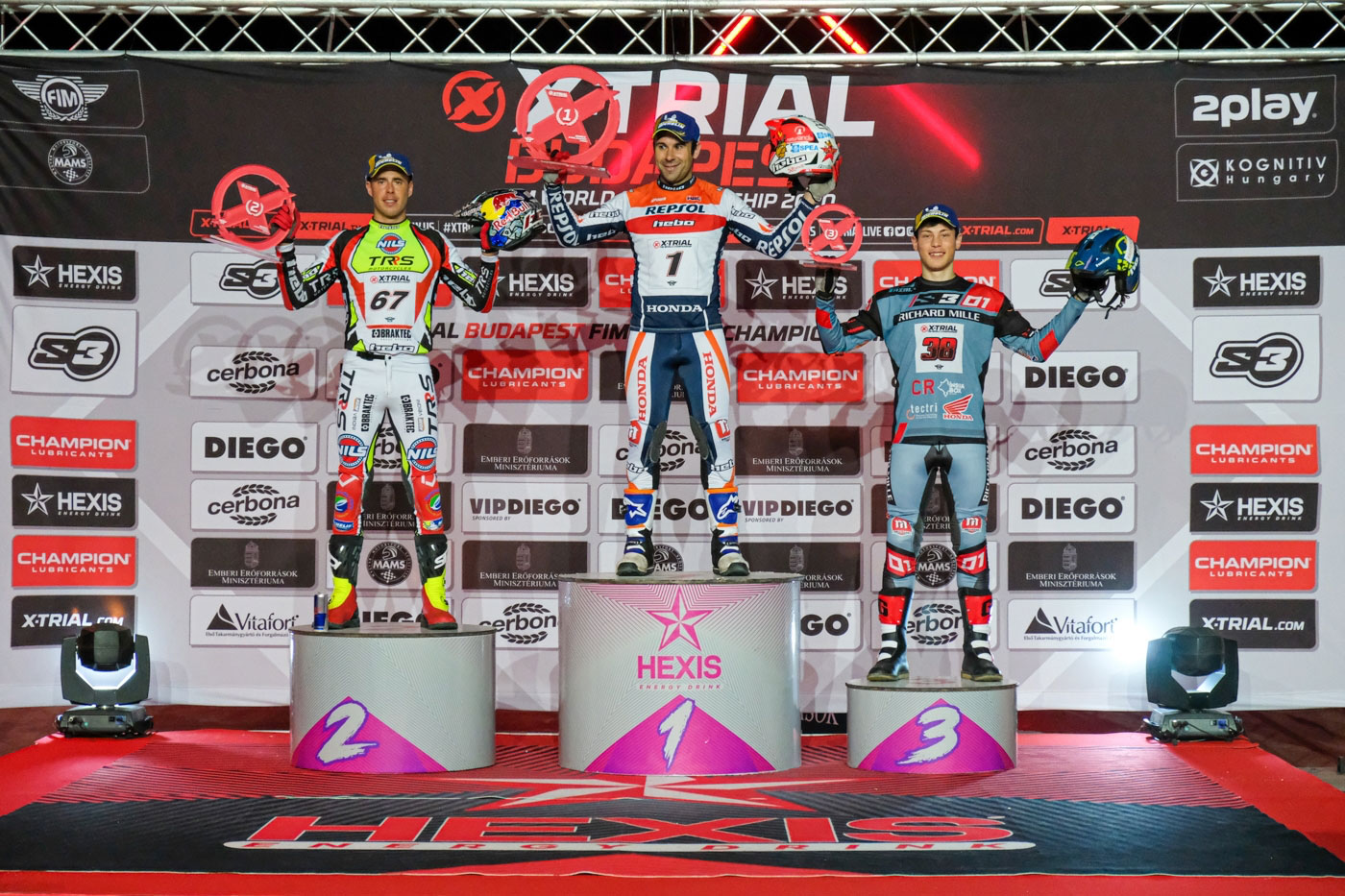