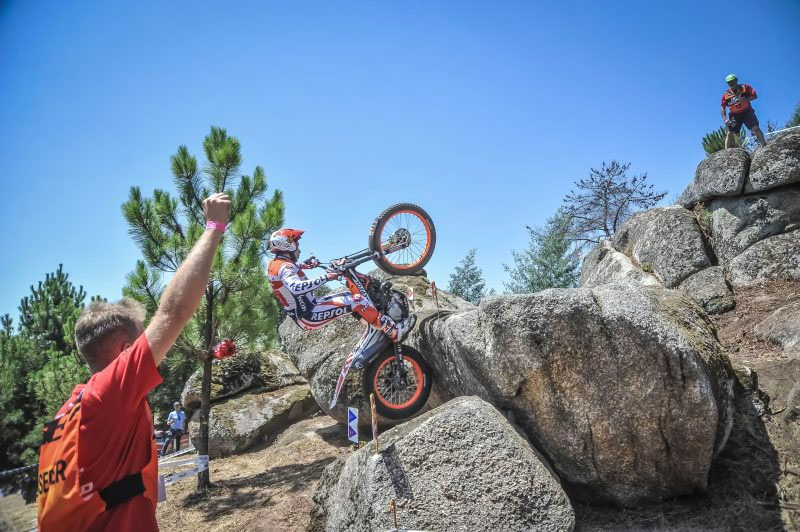 Toni Bou was once again on the top of the podium, this time taking the tally to 110 top-flight wins.
Defending TrialGP champion Toni Bou maintained his unbeaten records at TrialGP Portugal ‰ÛÒ round five of the 2019 FIM Trial World Championship ‰ÛÒ at a hot and dusty Gouveia.

The majority of the 15 sections involved massive, grippy boulders but there were also five hazards plotted in a river bed and while the boulders here were still huge, when wet they offered little or no grip. The toughest section included an enormous double step that took maximums from every TrialGP rider apart from Jorge Casales (Vertigo) who managed to escape with a three on his final lap.

Bou began the Trial going toe-to-toe with his Japanese team-mate Takahisa Fujinami but eventually broke clear to record the best opening lap score of 15 ‰ÛÒ although four time penalties when he was forced to queue drastically reduced his advantage. However, as we‰Ûªve seen countless times before, he was able to raise his game when it mattered and his second lap total of six was good enough for the win.

‰ÛÏToday was a very tough trial," Bou said. "It was a very positive weekend, with the type of terrain that we like a lot. We rode a very good second round through the sections, so we leave here with a very good taste in our mouths. We will try to be fully recovered for France to be able to have a good trial. We know that, if we win, I will be champion, something really impressive, but the important thing is to have a great trial. I am very happy and I want to thank the whole team because this week they have done a great job.‰Û 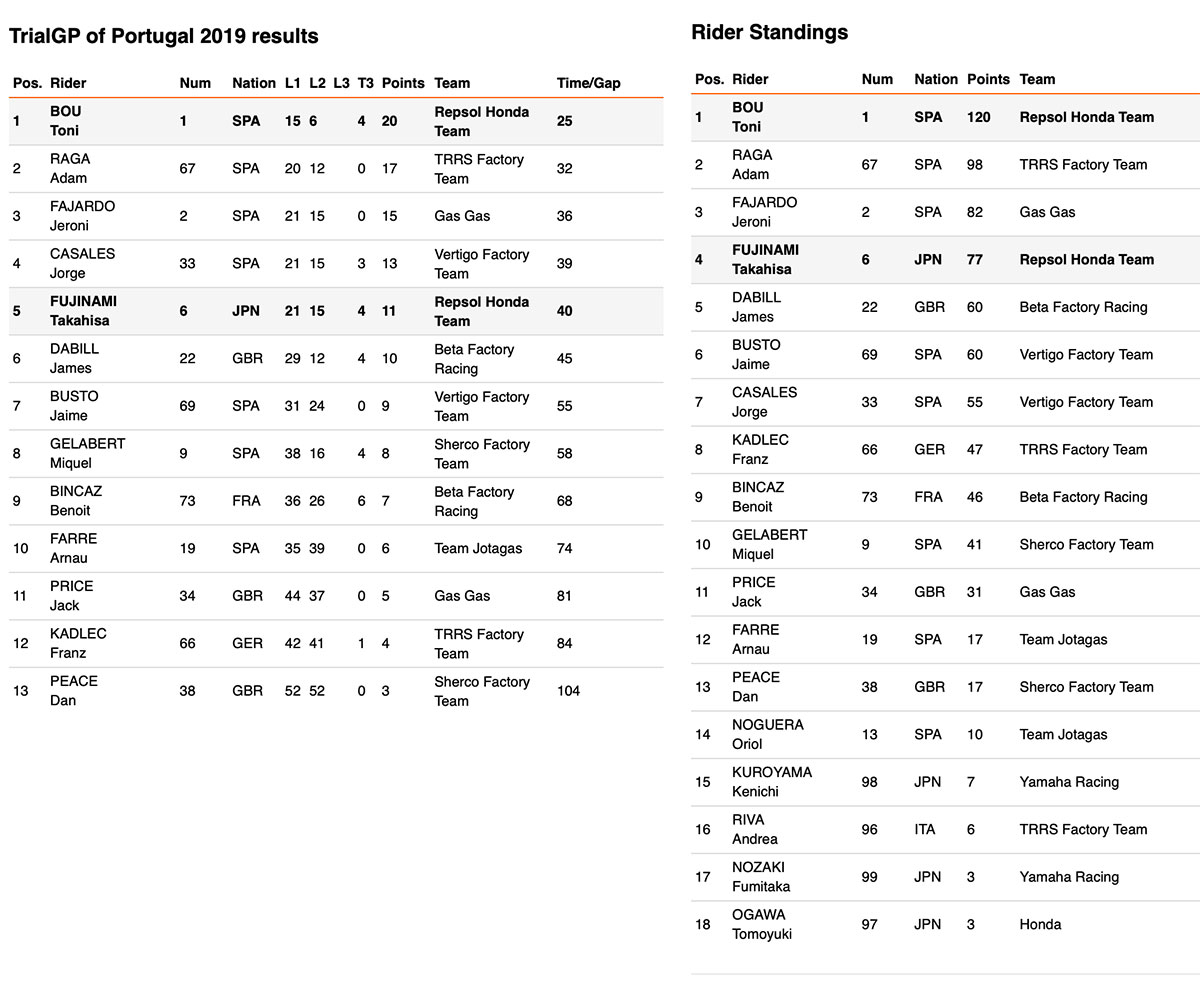