Toni Bou returns to the X-Trial World Championship in Paris 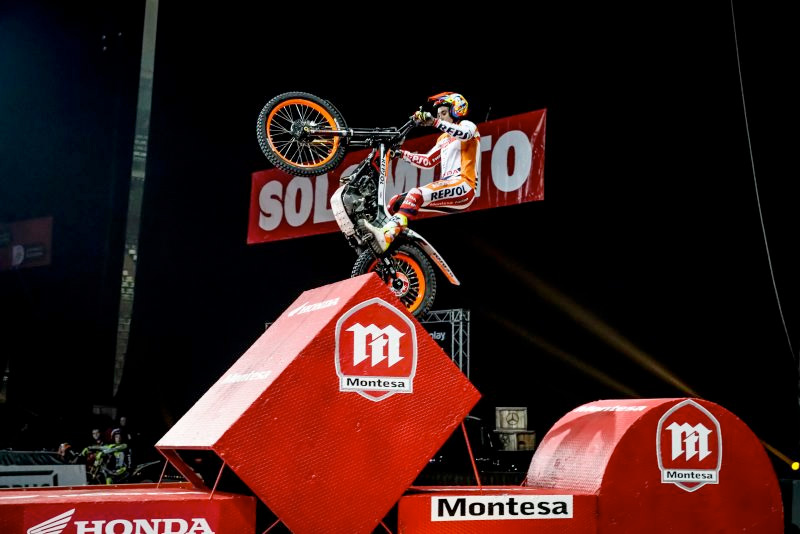 Current Championship leader had taken a very serious blow at an event in Le Mans, France on 17 February.

Bou suffered a major fall while competing in the French round. The multiple champion took a heavy blow against a concrete element, which saw him forced to abandon the event before being taken away for an examination at the Le Mans hospital. He was diagnosed with a fracture of the right apophysis transverse of the lumbar vertebrae L2-L3-L4.

Everything was up in the air and we really didn‰Ûªt know if I‰Ûªd recover in time. Today I tried the bike and I got much better feedback than I had expected.


Yesterday Bou once again donned the team colours and boarded the Montesa Cota 4RT after almost a month out of action. Bou was happy with his level of fitness and has decided to line up for the AccorHotels Arena start-line in the French capital this Saturday.

"After spending a really tough month since I fell, the goal has been to recover and get back in time for the Paris event," Bou said.

"Everything was up in the air and we really didn‰Ûªt know if I‰Ûªd recover in time. Today I tried the bike and I got much better feedback than I had expected. I felt more secure but, obviously, I am not 100%, but I‰Ûªm nevertheless excited and I‰Ûªm really looking forward to returning. It will be a bit of a "whim" that I will let myself do, because I love to compete in Paris: it's a special event.

"The sensations on the bike have not been incredible, but they were much better than I expected," the Spaniard continued. "In the trial we will be very cautious, because physically I haven‰Ûªt done anything over this last month, but the desire and passion to ride made me decide to take part. The first two weeks were very hard and the third too, but last week I have noticed a great improvement and I went back to normal life.

"You can‰Ûªt imagine what was going through my mind in the Le Mans hospital. I just kept thinking about coming back right up until I got back on the bike today. In Paris I can pick up the title, yeah, and I prefer to do it by competing. I don‰Ûªt think I have much chance of winning the trial as I'm not at 100%, but I‰Ûªm capable of riding so to get the title on the bike will be so much better," Bou concluded. 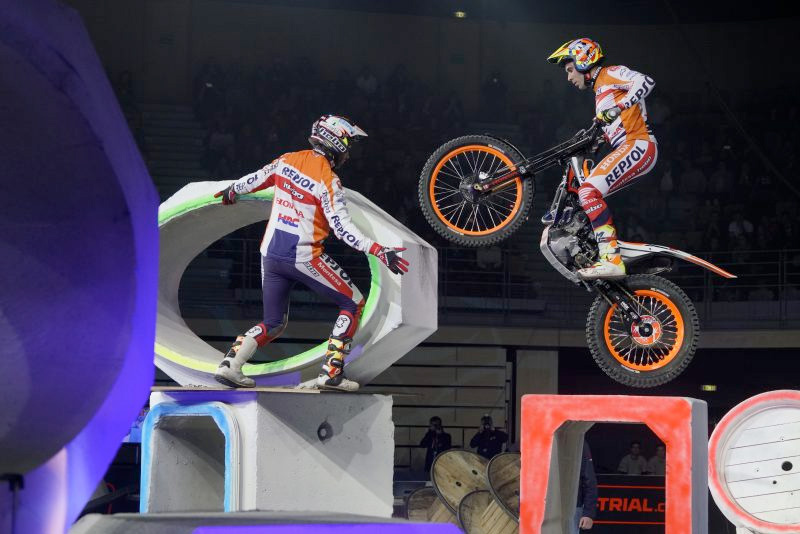 Yesterday Bou once again donned the team colours and boarded the Montesa Cota 4RT after almost a month out of action.
After the cancellation of the competition in Seville, the X-Trial of Paris will be the sixth event in the championship calendar. Bou has commanded the first five dates and holds a 31-point advantage over his second-place pursuer in the overall standings. Toni has competed on just a single occasion in Paris, back in 2012 where he took the victory.

Lining up alongside Toni Bou will be Japanese Repsol Honda Team rider Takahisa Fujinami. This will be Fujigas‰Ûª fourth participation in the X-Trial World Championship as the Japanese rider goes in search of both a solid performance and qualification for at least the semi-final.

"This will be my fourth event of the X-Trial season and I‰Ûªm looking forward to this event and am very motivated for it. I‰Ûªve trained quite to be at my best for this one and I would like to be able to make it through to the semi-finals and be able to compete with my team-mate Toni Bou, who can take the title here," Fujinami said.