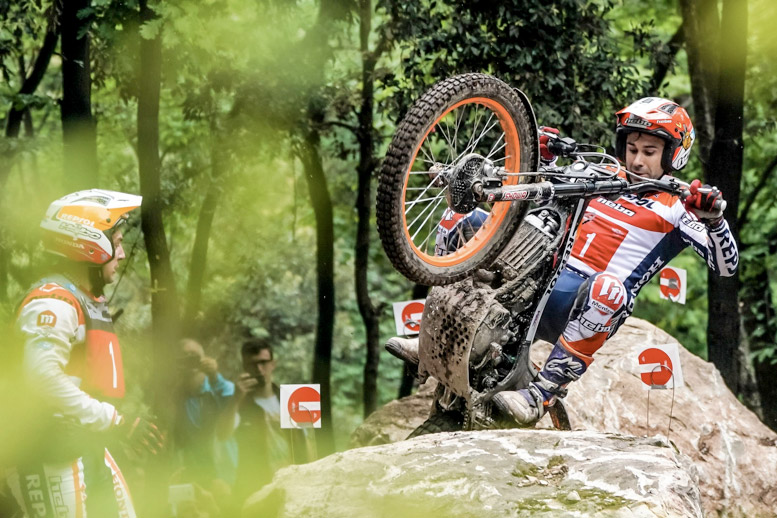 Toni Bou becomes the first leader of the 2019 TrialGP World Championship after achieving a notable victory in a trial made complicated by the delicate state of the competition terrain.
Repsol Honda's Toni Bou kicked off the defence of his TrialGP title by demolishing the opposition at round one of the FIM Trial World Championship at TrialGP Italy in the foothills of the Alps at Arco di Trento‰Ûªs Metzler Offroad Park.

Starting fifth following last night‰Ûªs super-tough qualification session, the sublime Spaniard ‰ÛÒ who‰Ûªs aiming for his 13th consecutive title this season ‰ÛÒ led from the front and underlined his status as the greatest rider in the history of the sport with his final total of 33 marks lost almost half that of second-placed Jeroni Fajardo.

The rain that had made yesterday‰Ûªs Qualification session so tough kept falling into the morning and although the sections eventually began to dry out, grip was hard to find on the steep and imposing rock-strewn bankings as mud was dragged onto the hazards.

Leading at the halfway stage on a score of 25 compared to second-placed Jaime Busto who had picked up 40 penalty points, Bou then moved up a gear on lap two to part with just a further four marks to claim a devastating victory despite four time penalties ‰ÛÒ inevitable given the conditions ‰ÛÒ increasing his total to 33.

"I am very happy with my riding today," Bou said. "It is true that on the first lap I made two serious mistakes by pushing against two arrows. On the second I had a great ride picking up just four points in a very complicated trial where the terrain was very slippery. I wish to thank the whole team because they have worked very hard all winter to get us here in such strong shape."

A clear second after the opening lap, Busto couldn‰Ûªt maintain his form and dropped back to fifth as Fajardo and Adam Raga showed their undoubted class to recover for second and third. Fajardo‰Ûªs final score of 61 included five time penalties and Raga‰Ûªs total of 66 had two extra marks due to delays.

The championship will now resume at TrialGP Japan on June 7-9 at the iconic Twin Ring Motegi circuit where the TrialGP Women class will join the action. 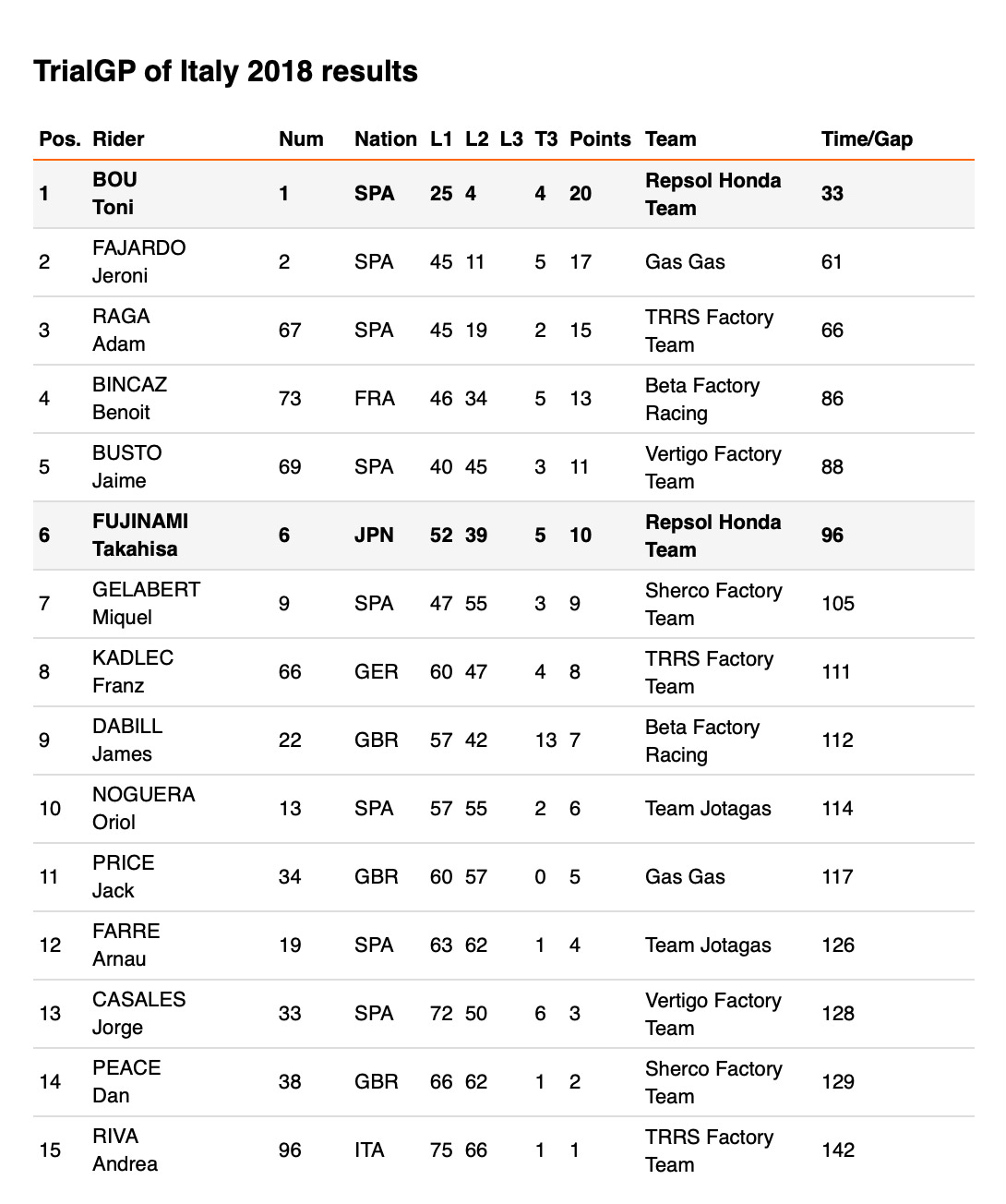 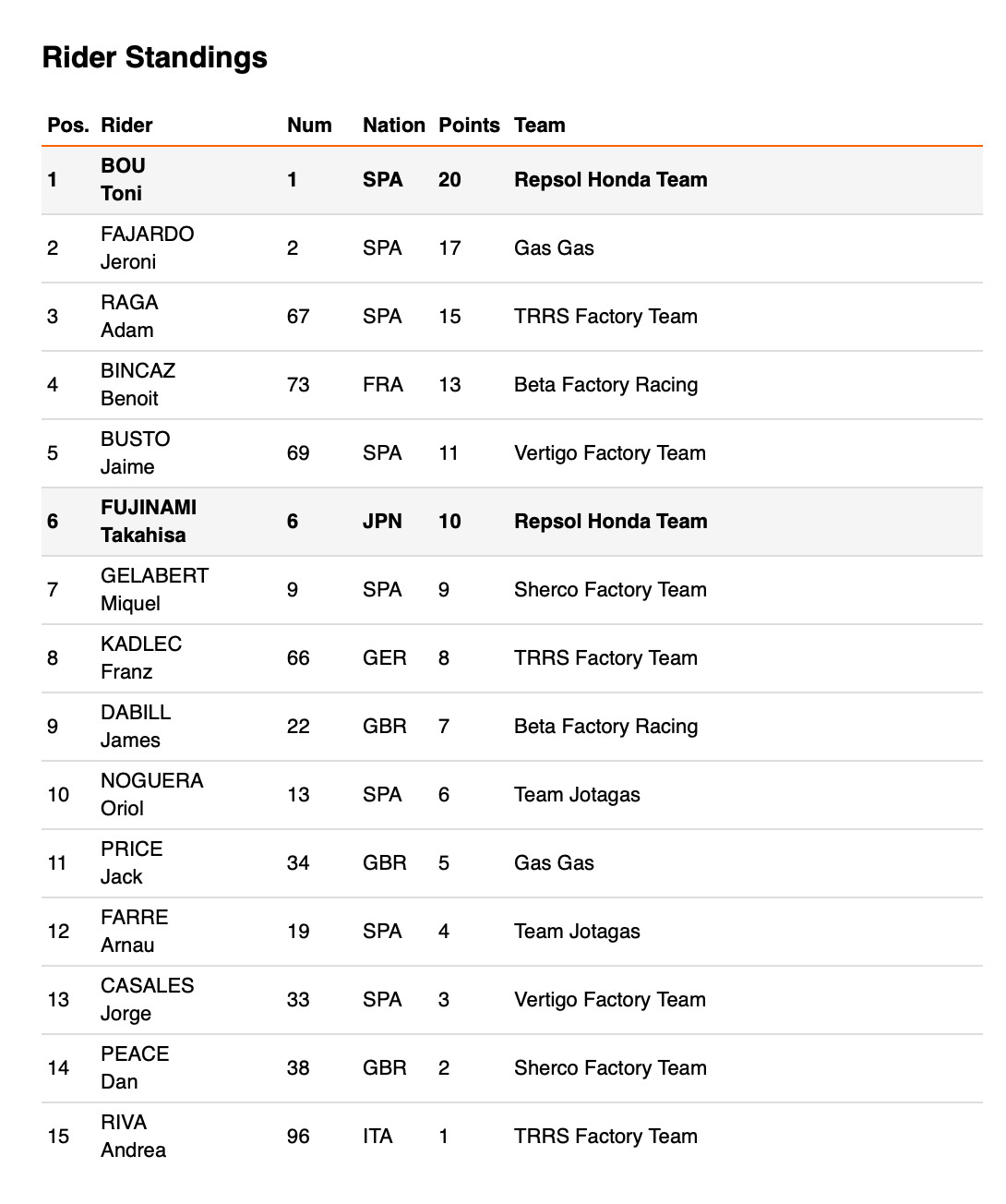