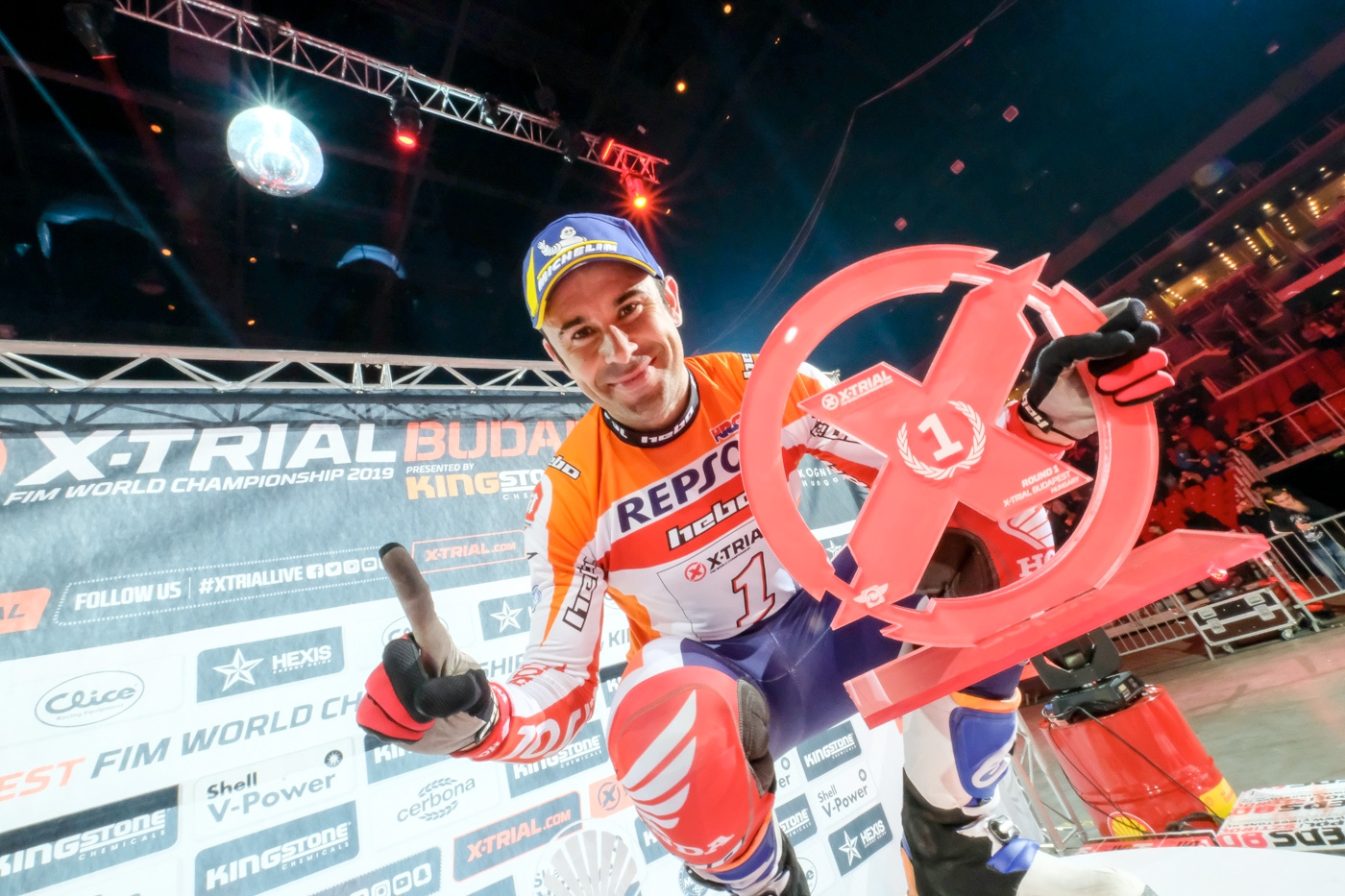 Repsol Honda Team ace Toni Bou opened the season in the style with a resounding victory in the Laszlo Papp Arena in Budapest, becoming the 2019 campaign‰Ûªs first overall leader.
Reigning X-Trial World Champion Toni Bou claimed his first victory of the season in front of 5,400 spectators at the opening event of the season in Budapest.

The Repsol Montesa-HRC rider secured his 58th career success ahead of 2018 X-Trial Budapest winner Adam Raga in a close final where there were never more than six marks between the two.


Bou suffered a scare in Section One of the head-to-head Final, dropping three marks after Raga had notched just one. But Raga failed to take advantage of his early lead, suffering a first fiasco of the lap in Section Two and handing the impetus to rival Bou. Raga took the X-Trial to the last section after Bou made an uncharacteristic error in Section Five, but both passed the decider clean to give Bou the 2019 Championship lead. 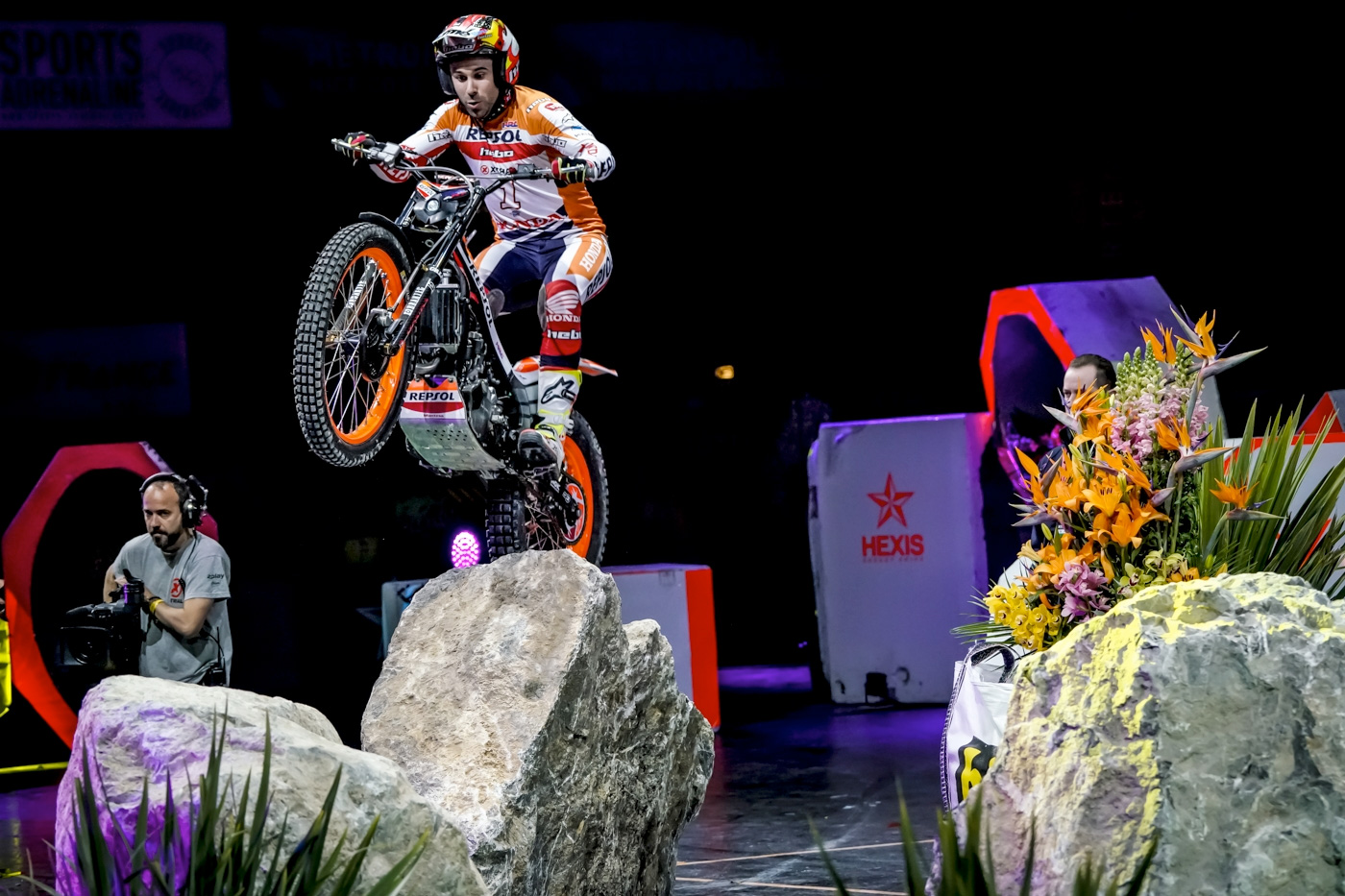 Bou, who was forced to sit out the Hungarian date at the end of last season due to injured vertebrae, completed his maiden Budapest trial taking top honours.
"The best way to start the season is with a win, but the Final was certainly very demanding today with a couple of sections in particular that were really challenging," Bou said. "In fact, the whole X-Trial was tough. This victory is especially pleasing after I missed X-Trial Budapest in 2018 through injury. I was quite satisfied with my physical condition after my more recent crash in December, and I am therefore sure that I will be able to compete at full-strength in Barcelona next time out," the Spaniard concluded.

Runner-up Adam Raga was disappointed not to repeat his success of last year but was happy with his overall performance.

"Itå«s obviously a shame that I missed out on the win by so little, but I was able to take it right to the end which is the main thing," Raga said. "Second place is a good way to start the season, and most importantly I had a good feeling on the bike in some really demanding sections."

In the main change to the event format for this new season, a Consolation Final now determines third and fourth positions, and it was Jeroni Fajardo who came out victorious in the third place play-offå«s first iteration. Veteran Fajardo claimed his 28th career podium after beating GasGas teammate Jaime Busto, the latter struggling with two fiascos after performing well to qualify from Round Two.

"I was only one point from the Final after a fall in Round Two but I am pleased I recovered quickly and third place is a good reward," Fajardo said. "My performance and victory in the Consolation Final prove that I can now fight for the podium places at every Round." 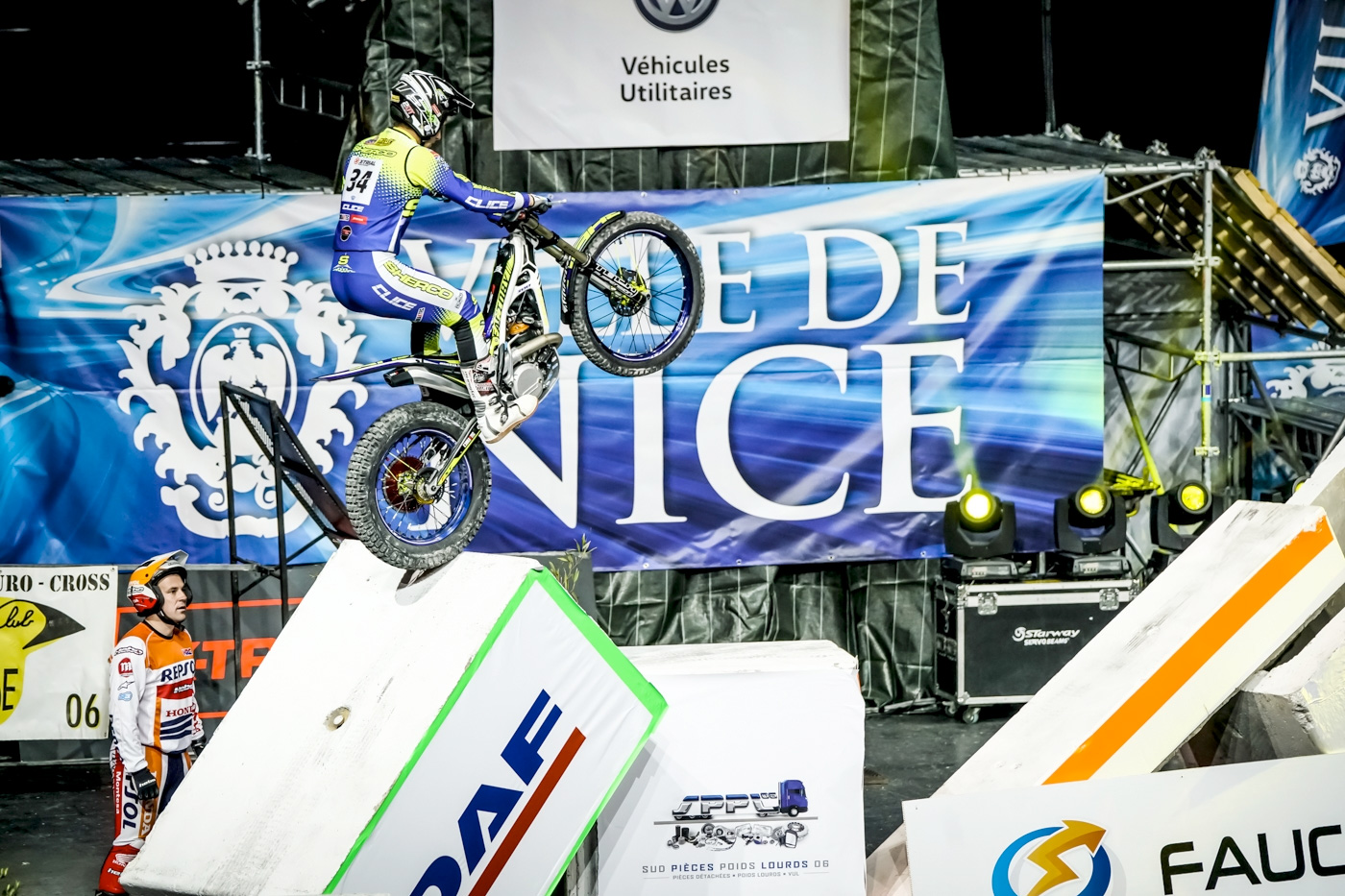 2018 winner Adam Raga had to play second fiddle in 2019 but was happy with his performance. Photo: 2Play
Busto made it through at the expense of his perennial rival Benoit Bincaz in an entertaining Heat Two, the Frenchman two marks behind the rider who beat him to third in the world last season. Also eliminated in the second Round was Jorge Casales, who nonetheless proved himself an effective performer in his first X-Trial appearance since the opening event of 2018.

British representatives James Dabill and Dan Peace were eliminated in Round One along with Japanå«s Takahisa Fujinami leaving five Spaniards against Frenchman Bincaz in the Heats.

The competitors now look ahead to X-Trial Barcelona in two weekså« time in the Palau Sant Jordi. 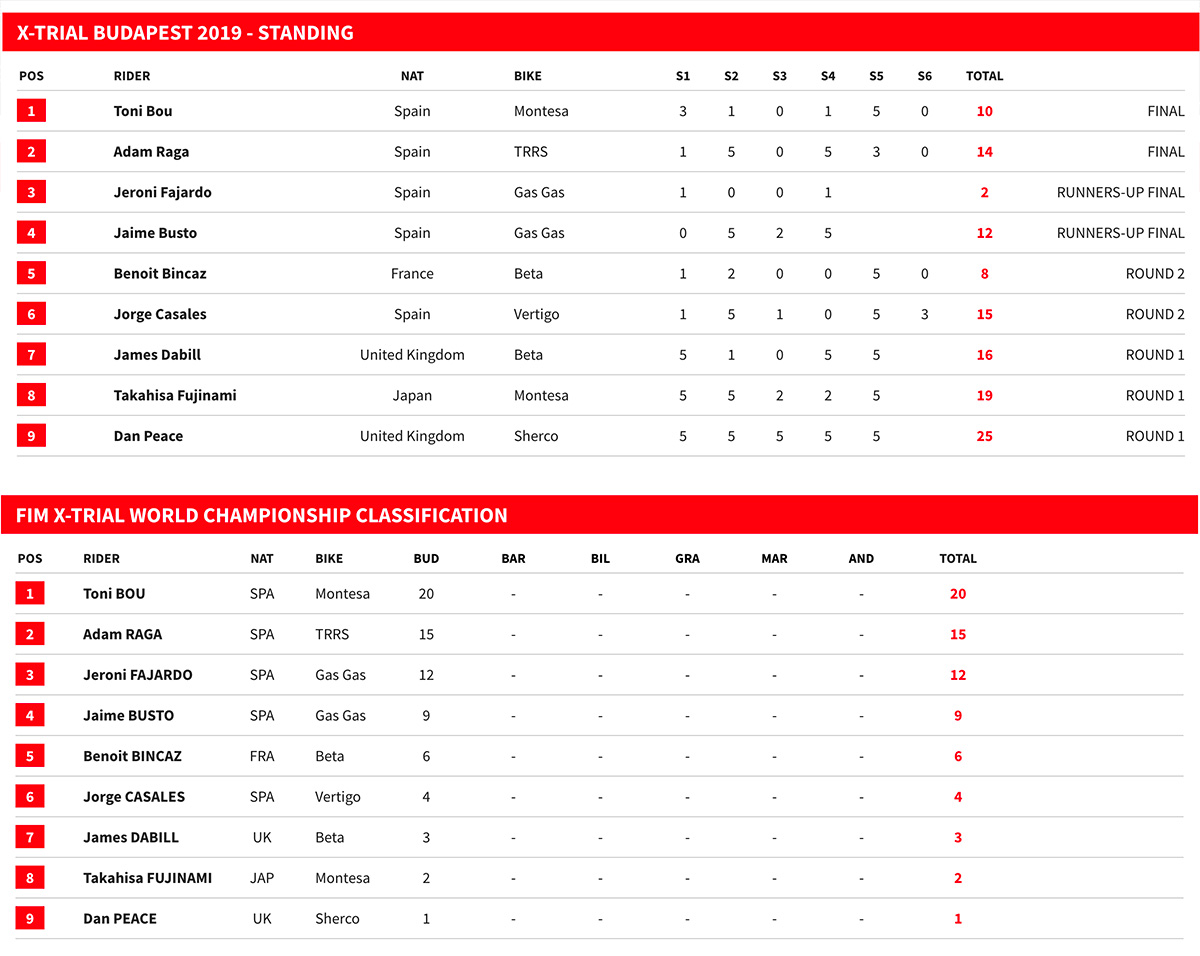