Toni Bou makes it five in a row in Bilbao 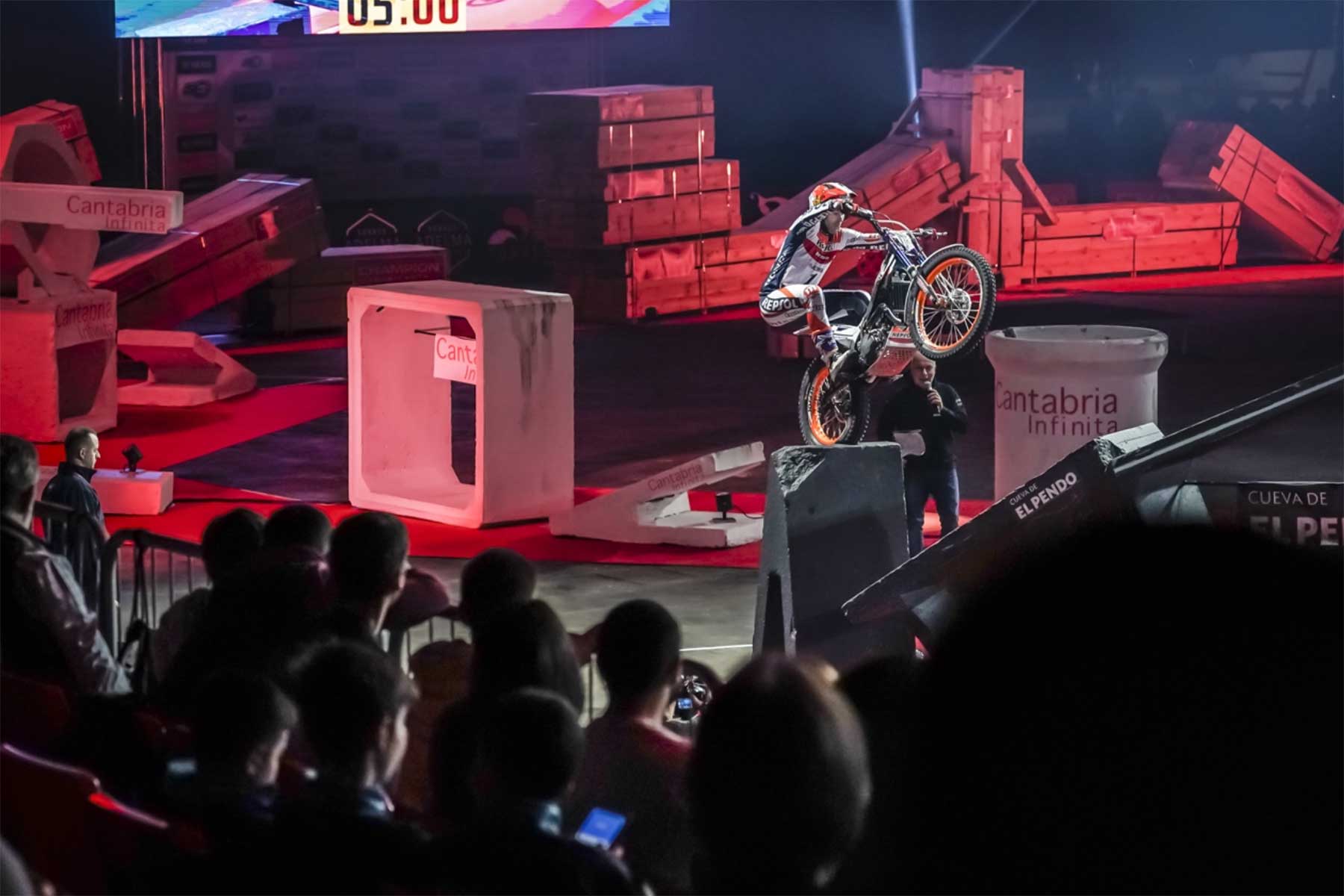 Toni Bou
Repsol Honda Team rider Toni Bou has taken the victory at the fifth round of the FIM X-Trial World Championship in Bilbao making it his fifth win in a row for the season.

For the third Round in succession, rival Adam Raga (TRRS) took the X-Trial to a decisive Final Section.

Raga put in his best performances in the opening two Rounds, getting the better of Bou by four marks in the preliminary phase then three during the Heats. But the pendulum swung back to Bou in the Final, when Raga suffered the first fiasco of the lap and dropped four marks behind. Bou survived a scare in the penultimate Section, falling heavily with the bike following him to the ground, when Raga also failed the hazard.


A newly inspired Benoit Bincaz followed up his fourth place in X-Trial Barcelona with a first podium of the 2020 season, ironically at the venue where he scored his last podium in 2019. The Frenchman finished Round One in third place and, although he struggled slightly in the Heat stages, pipped Jeroni Fajardo by a single mark in the Consolation Final.

Fajardo crucially got the better of Jorge Casales to secure qualification to X-Trial Wiener Neustadt, his fourth place in Bilbao and the absence of Jaime Busto giving him the upper hand in the race for bronze. Gabriel Marcelli pushed Fajardo all the way in Heat Two but missed out on countback with Fajardo posting the faster time. 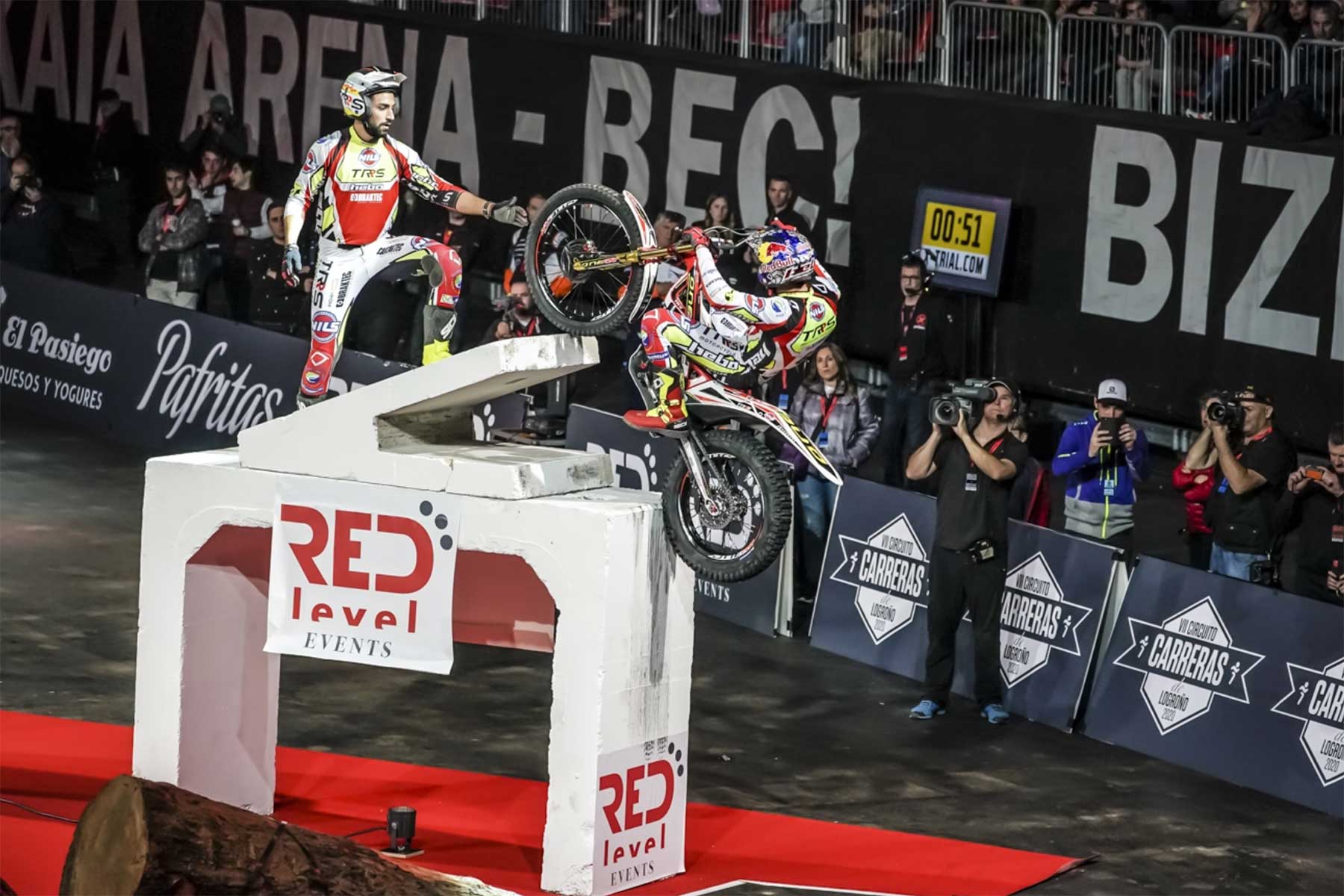 Adam Raga
Meanwhile Wild Card Toby Martyn and Miquel Gelabert, substituting for injured teammate Jaime Busto, failed to capitalise on their opportunity to shine as they were eliminated in Round One.

‰ÛÏIt was a really demanding X-Trial right to the end and that makes this fifth victory of the season even sweeter," Bou said. "In the Final I probably took too many risks in some areas so I ended up suffering more than I needed to. But this season has been really competitive, Adam is riding really well, so this victory is really important as it leaves me in a great position to fight for the title.‰Û 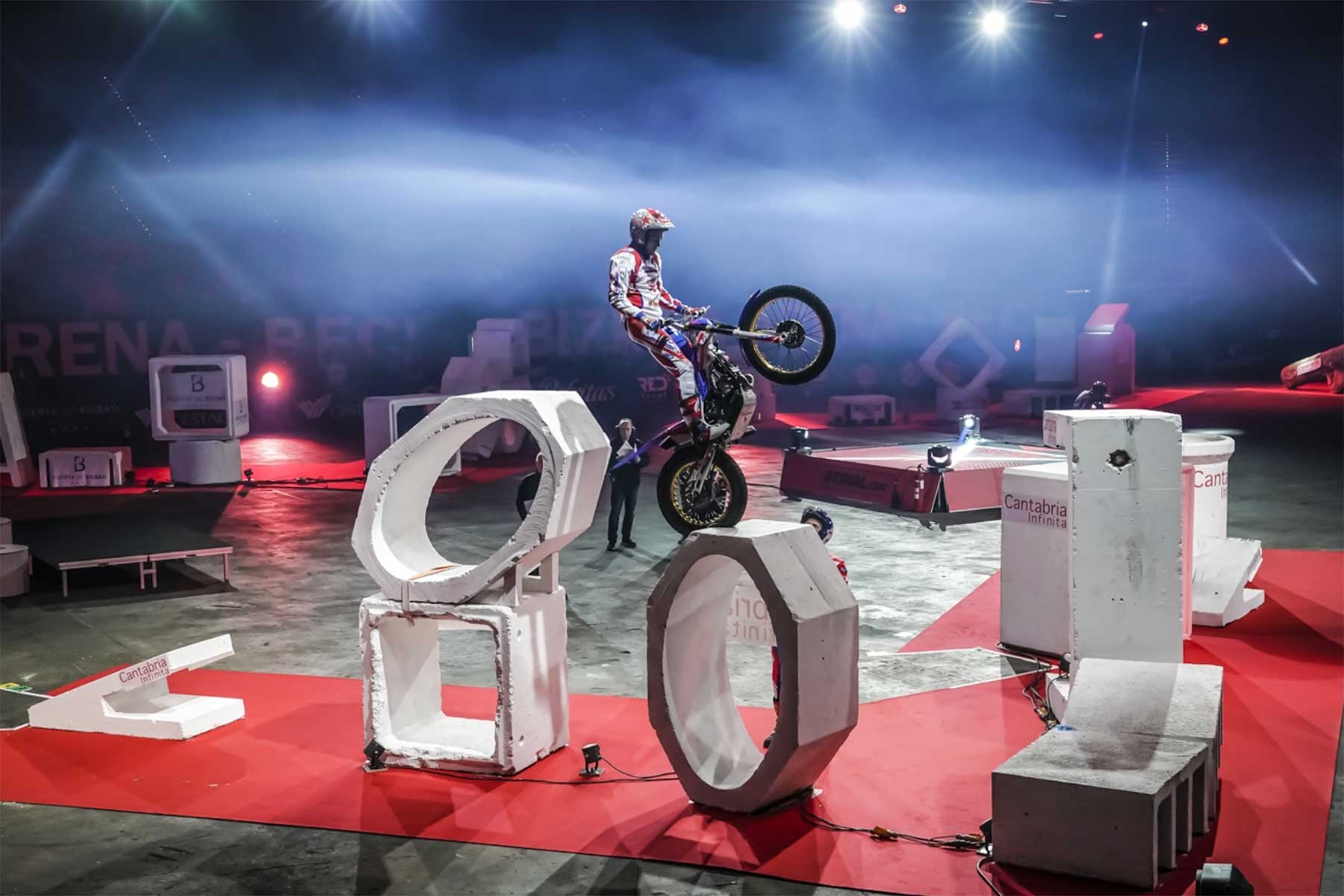 Benoit Bincaz
Benoit Bincaz was understandably happy top make his first visit to thee podium. ‰ÛÏI am very happy with my first podium of the season considering I started it injured," Bincaz said. "I am riding at a high level at the moment and I hope this isn‰Ûªt the last podium of my season. I‰Ûªm pleased to have made it onto the podium here again, X-Trial Bilbao has again been very demanding.‰Û 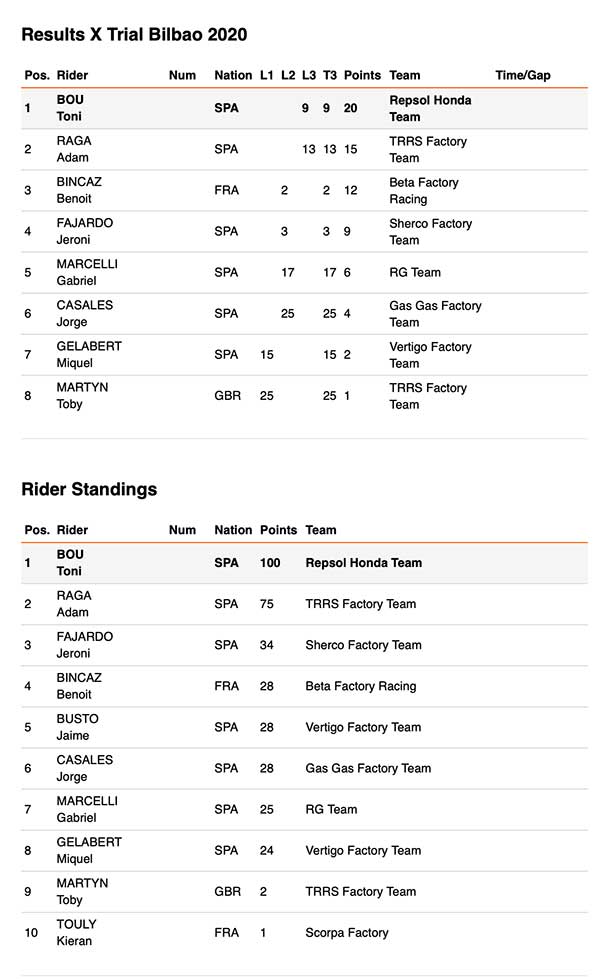