Toni Bou Kicks Off 2018 TrialGP World Championship With A Win 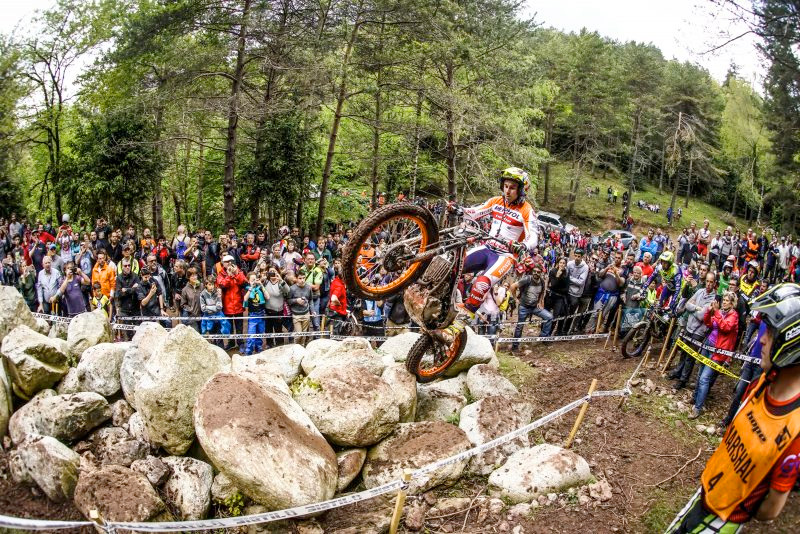 Spamiard Toni Bou has kicked off his World Trials Championship title defence in the perfect way with a win at the opening round in Spain.
Repsol Honda Team's Toni Bou has kicked of his title defence in the best possible way after taking the win in at the opening round 2018 TrialGP World Championship at the TrialGP of Camprodon, Spain.

After Saturday‰Ûªs first qualifying round of the season, where Bou finished eleventh after a costly mistake; Sunday the champion rose to the occasion and reversed his fortunes with a fine performance.

Sunday‰Ûªs trial over an eight-kilometre, fifteen-section course proved to be a tough ride given the weekend‰Ûªs weather conditions. The two laps were marked by intermittent but intense rain, with riders forced to negotiate delicately the perilously muddy conditions of the route. The difficulties brought out the best of Toni Bou whose triumph establishes him as the season‰Ûªs first overall leader.

The second lap saw Bou struggle through a rough patch, although the rider quickly bounced back to seal the trial victory with a seventeen-point advantage over the nearest second place rival.

"I am very happy for the victory because yesterday I had a pretty bad qualifying session and today I had to start among the first riders in the category," Bou said. "The trial was very complicated, but from the beginning I felt comfortable and I made very few mistakes. The second lap was more complicated with rain and mud, where I fived a couple of times due to lack of confidence in the terrain.

After suffering a sever back injury during the indoor season, the Spaniard faired fairly well physically.

"Physically I felt good; on the second lap my back hurt a bit, but it was better than I had expected," Bou shared. "It is a great start to the championship and I want to congratulate the organizers, as it has been a very complete trial with very authentic areas.

The next TrialGP World Championship round will be held at the Motegi circuit in Japan, over two days. Qualifying is scheduled for June 1st, with the main event over the two following days. 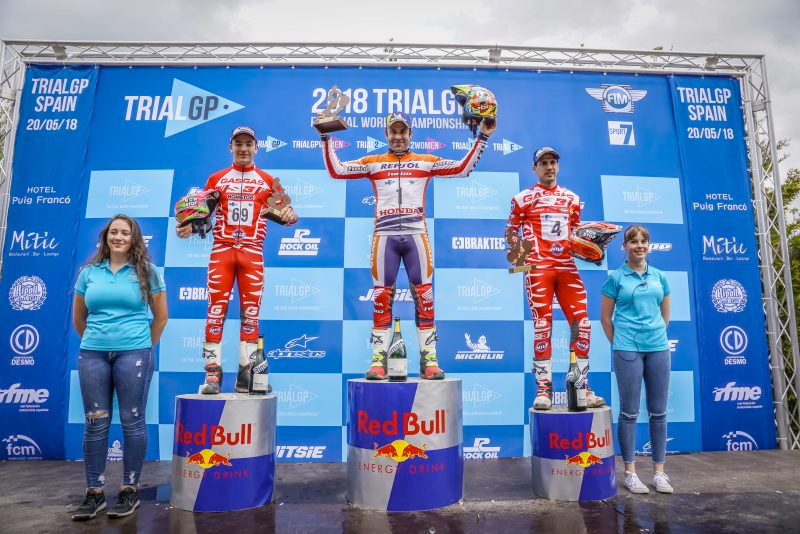