A familiar name came out on top, though, Repsol Montesa Honda's Toni Bou securing his fifth victory of the season and closing his thirteenth Championship-winning season in style.


In front of a packed crowd in the Poliesportiu då«Andorra Toni Bou put on a masterclass, finishing the entire night with just two dropped marks. One was conceded in the Final, decided before the last section with Adam Raga accruing a total of eleven. But Raga had been Bouå«s closest competitor all evening, having himself dropped only five marks in Round One and four in the heat stages. Failures in Sections Two and Three proved critical for the TRRS rider, his second fiasco also leading to an injury concern that affected his performance around the remainder of the lap.

‰ÛÏIt was great. I rode at my best, which was important since errors were punished harshly here tonight," Bou said. "I also made sure that the public enjoyed the show, which at the first X-Trial I have ridden in my home here in Andorra was very important to me. There is no better way to close the season than with a spectacular event which the crowd has enjoyed.‰Û 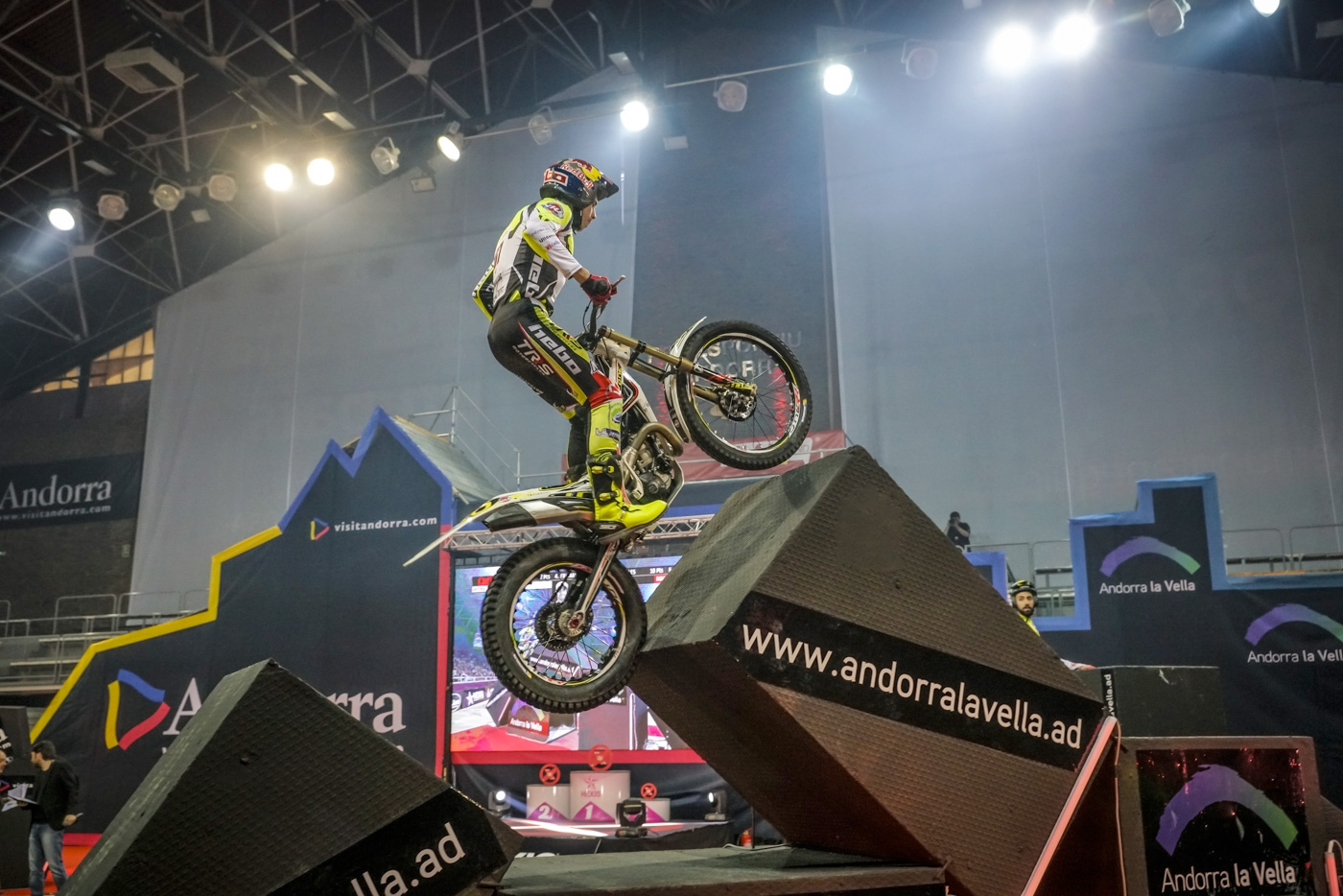 Adam Raga had to settle for second after inuring his leg in the final. Photo: X-Trial
Jeroni Fajardo took an important third place finish in the context of the fight for 2019å«s bronze medal. With his Gas Gas teammate Jaime Busto a shock eliminee in Round One, Fajardo only needed to progress to the Consolation Final to recover the world number three ranking, and he did so by a two-mark margin over Takahisa Fujinami.

‰ÛÏThis X-Trial got harder and harder with each passing Round," Fajardo commented. "Iå«m delighted with this result since Jorge Casales made it difficult in the Consolation Final, but most of all because it was enough to beat Jaime Busto to third in the Championship.‰Û 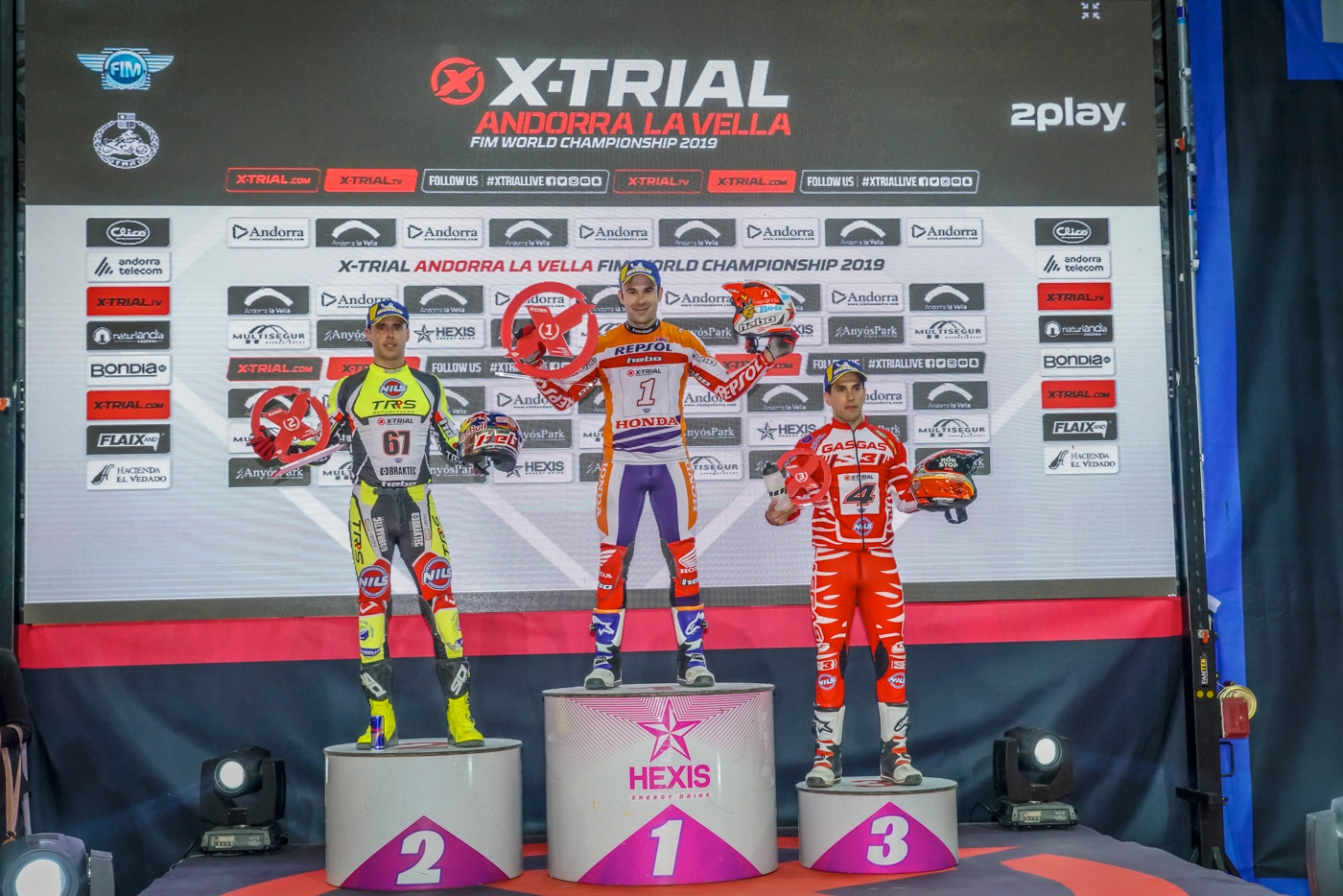 Benoit Bincaz missed out on a place in the Finals after dropping an errant mark in Section Five of the second Round, a result that also ended his hopes of contesting the bronze medal ranking for 2019. With Jorge Casales progressing from Heat One at the Frenchmanå«s expense and Takahisa Fujinami eliminated from Heat Two, Casales finishes the season seventh overall ahead of the Japanese veteran.

Mechanical problems after Section Three failures left Jaime Busto and Miquel Gelabert out of the action after the first lap, while Luca Petrella came agonisingly close to progressing to Round Two for the first time in his career but finished seventh. 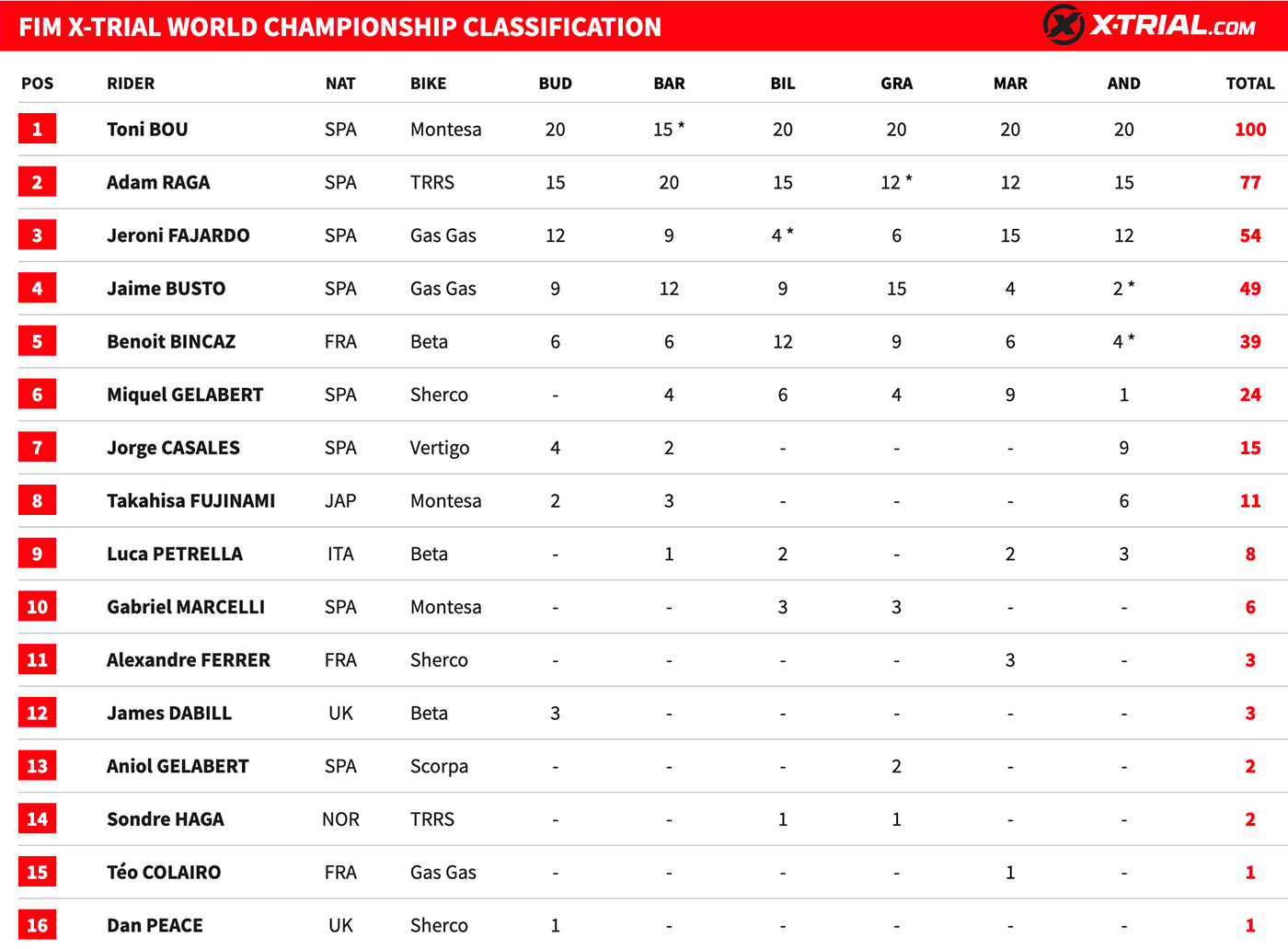