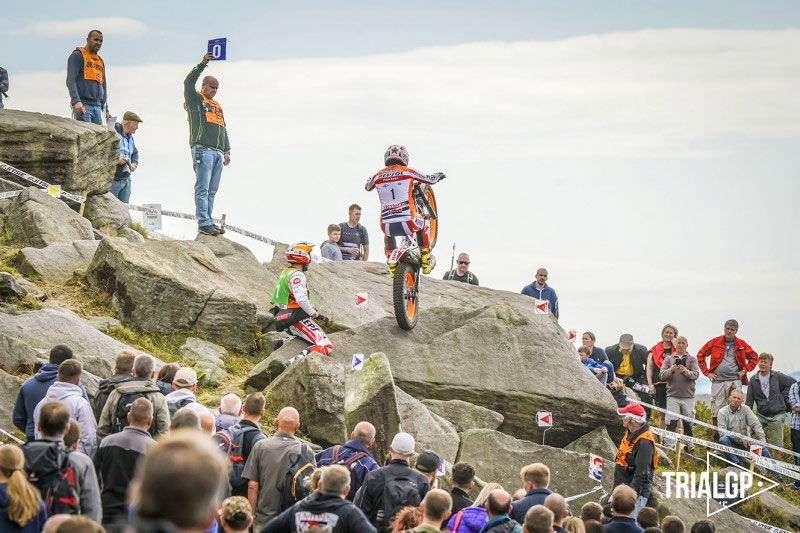 For Spanish superstar Bou it is his twelfth consecutive title while British lioness Bristow has now won for the last five years, but the manner of their victories on Addingham Moorside - high above the Yorkshire town regarded as the spiritual home of Trial - was very different.

With the sections laid out on the imposing boulders and towering rock faces that make the venue so iconic, Bou was forced to wait until the very last section of the Trial to make sure of the win and the title with one round still to go. By contrast, Bristow dominated her class to take a clear-cut and emotional home GP win.


"I'm very happy," says Bou. "To take the title with a victory is a very special moment. I had to fight to section fifteen for the win with Miquel and Adam today. It was a perfect way to take the championship. For me it was a difficult season after injuring my back so I'm really going to enjoy this moment."

It was Spain's Miquel Gelabert who took a shock early lead, completing the opening lap for a loss of just three marks compared to Bou's total of eight and TRRS' Adam Raga who was on nine. 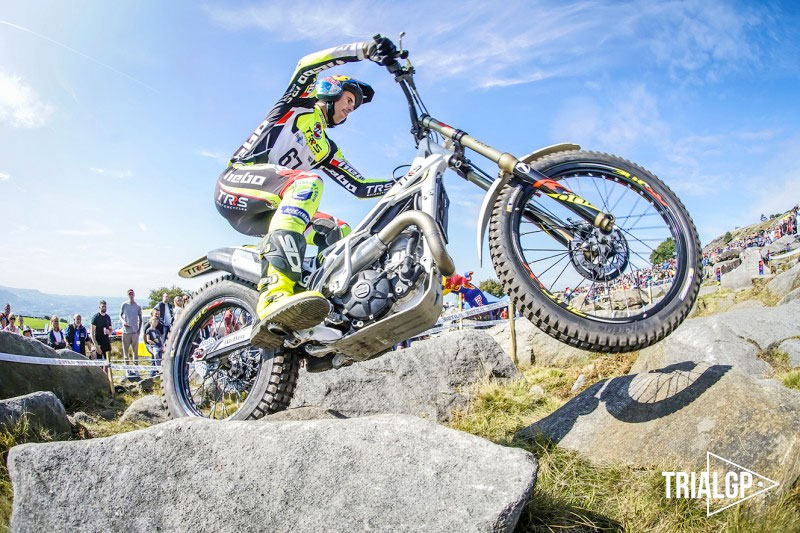 Adam Raga finished the day in second. Photo: TrailGP
The twenty-year-old was then put under incredible pressure on lap two as Bou and Raga turned up the heat. With the sun-baked rocks offering almost limitless grip the scores were low and Gelabert held his nerve until the final four sections when - with his total for the Trial just five - he finally cracked. Adding an additional ten marks to his score including a maximum on section fourteen, he was pushed back to third as Bou and Raga both posted second-lap totals of three.

With Bou incurring two time penalties and Raga adding an extra three after both took too long on the opening lap, the win - his sixth of the season and fifth in a row - went to Bou by two marks from Raga who took second on a most-cleans tie-break with Gelabert.

The result means Bou now leads Fajardo by thirty-three points and cannot be caught with just TrialGP Italy to go on 15/16 September. The battle for second will, however, be intense with Busto only four points behind Fajardo and just one ahead of Raga. 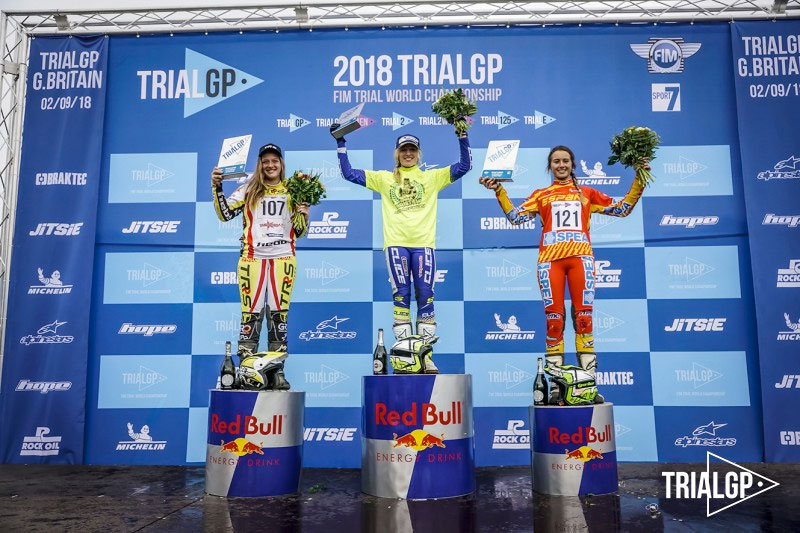 "What a great day," says Bristow. "I'll remember it forever - I've won the title with a win at my home GP. I'm always hard on myself and I didn't have the perfect day and was a little bit wobbly to begin with, but everyone has been so supportive and it is such a nice feeling."

After trading cleans with Ingveig Hakonsen through the first five sections, Bristow took control in the closing stages of the opening lap with her total of seven half that of the Norwegian. On lap two she added a further twelve to her total, but with Hakonsen dropping twenty-four on her second lap Bristow's eventual winning margin was a healthy nineteen. 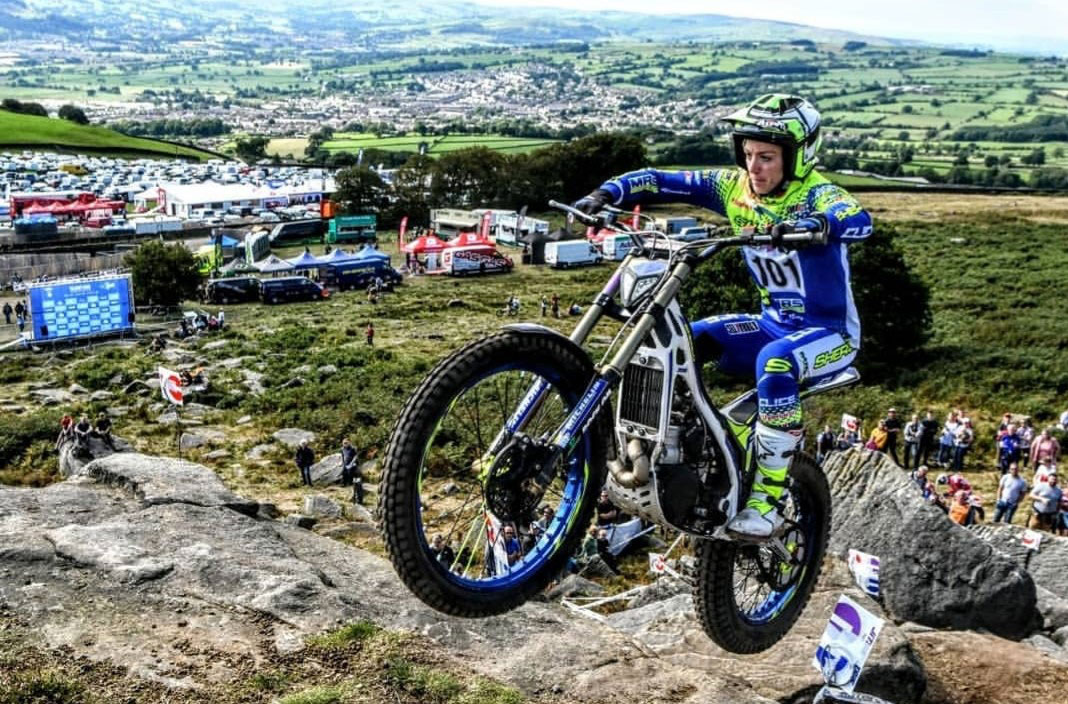 Emma Bristow was unstoppable in her home GP.
Spain's Berta Abellan came home third to secure second position in the championship ahead of her compatriot Sandra Gomez - Gas Gas who ended the day sixth.

Britain's Donna Fox, who was making a wild card appearance, missed out on a podium by one mark with Montesa's Maria Giro from Spain rounding out the top five.

The final round of the TrialGP series will take place in Italy on 15/16 September. 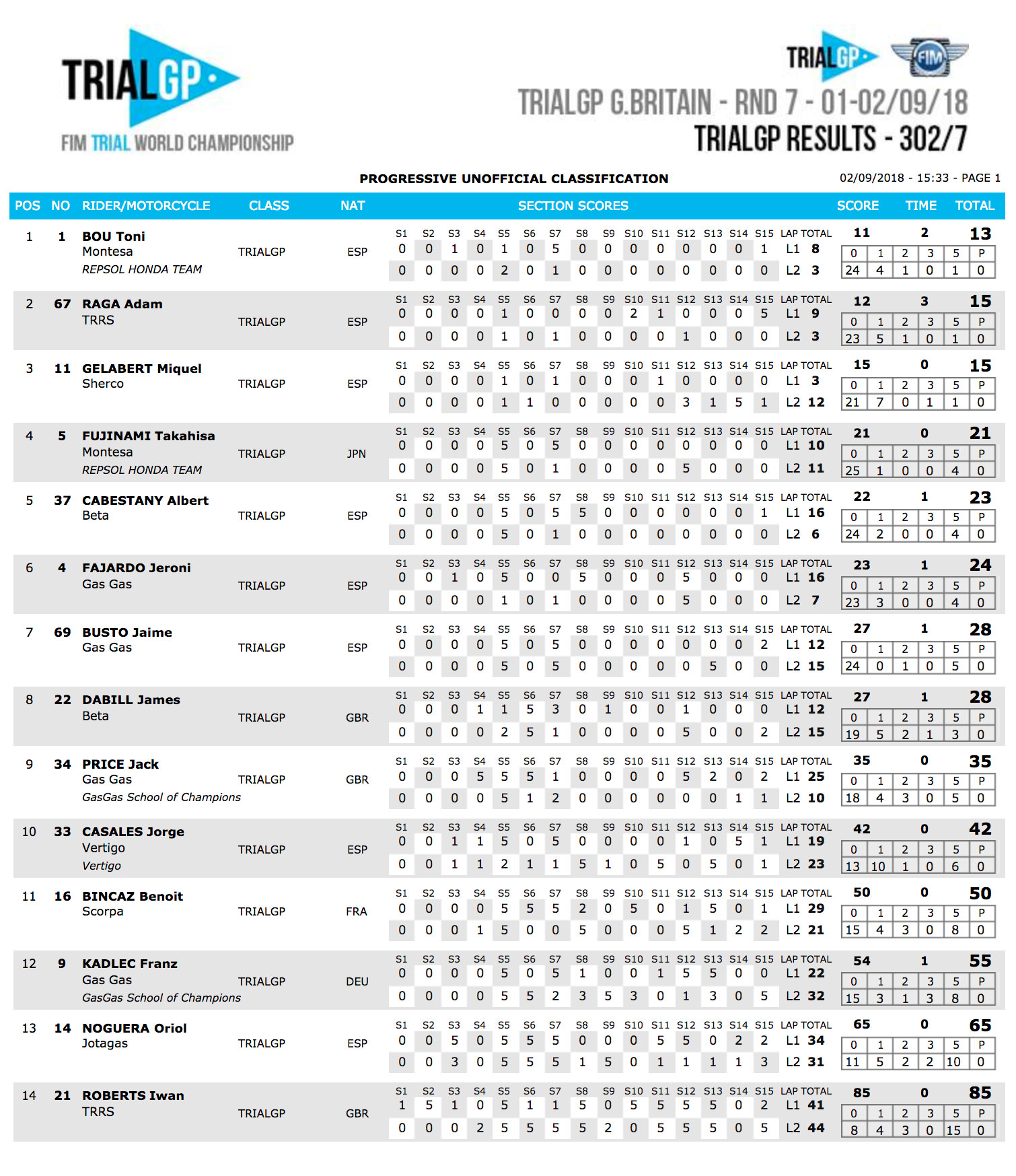 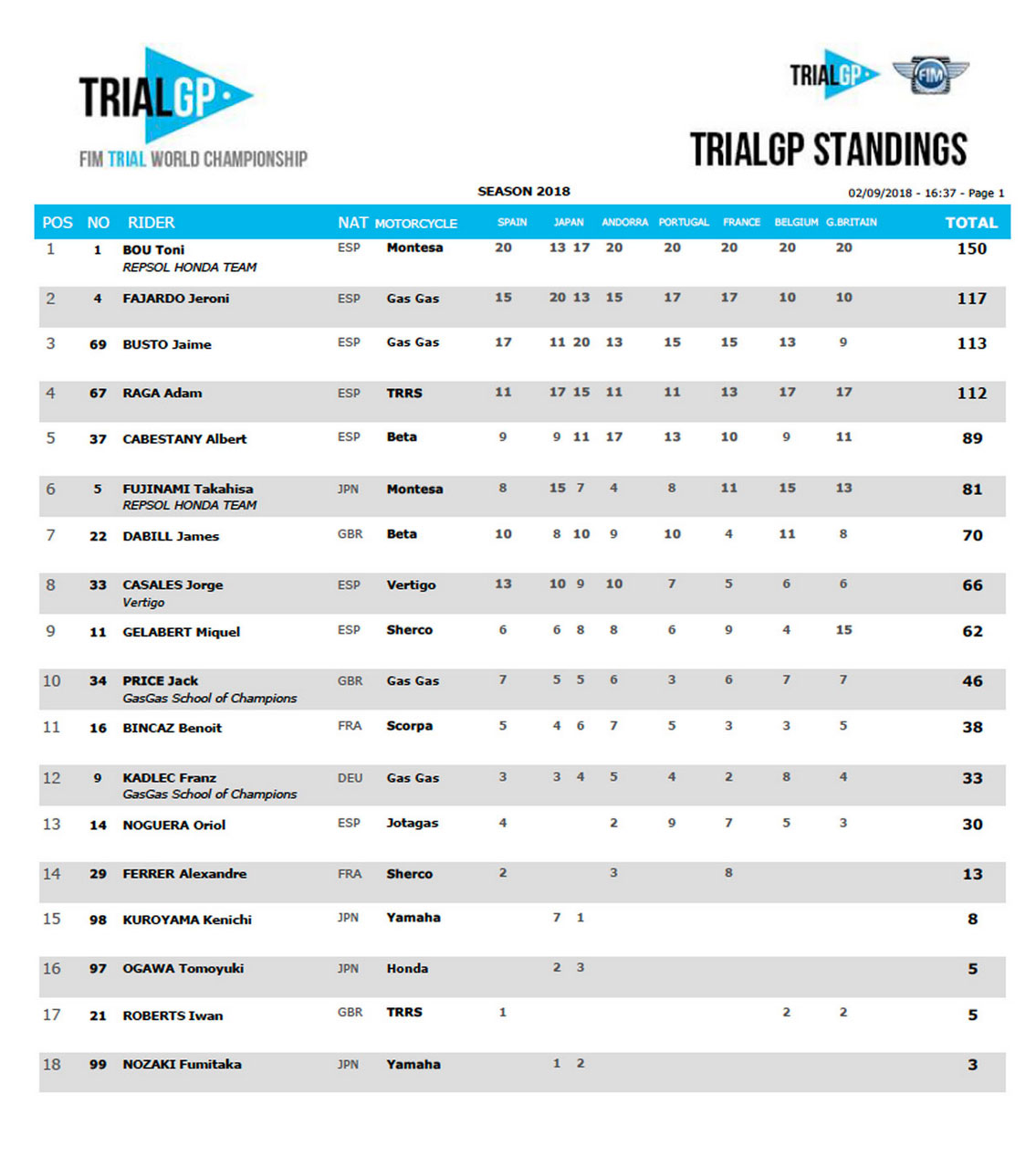