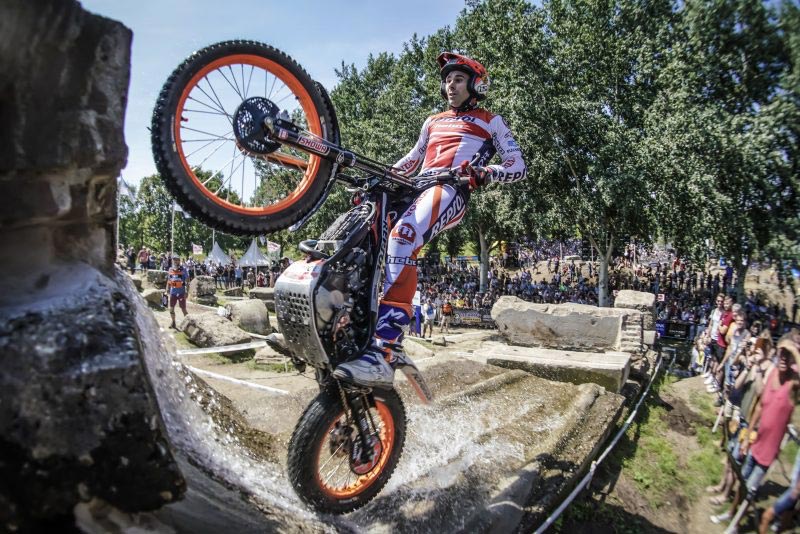 The Repsol Honda rider, who is attempting to take a record-breaking 13th consecutive TrialGP title this season, lost just one mark on observation but ended the day on a total of six once time penalties were taken into consideration following the championship‰Ûªs successful return to Holland for the first time in 40 years.

This still gave him an eight-mark margin of victory over his compatriot and long-time rival Adam Raga who incurred three additional marks on time.

‰ÛÏIt has been difficult for me today because the sections were not so hard so there was lots of pressure,‰Û 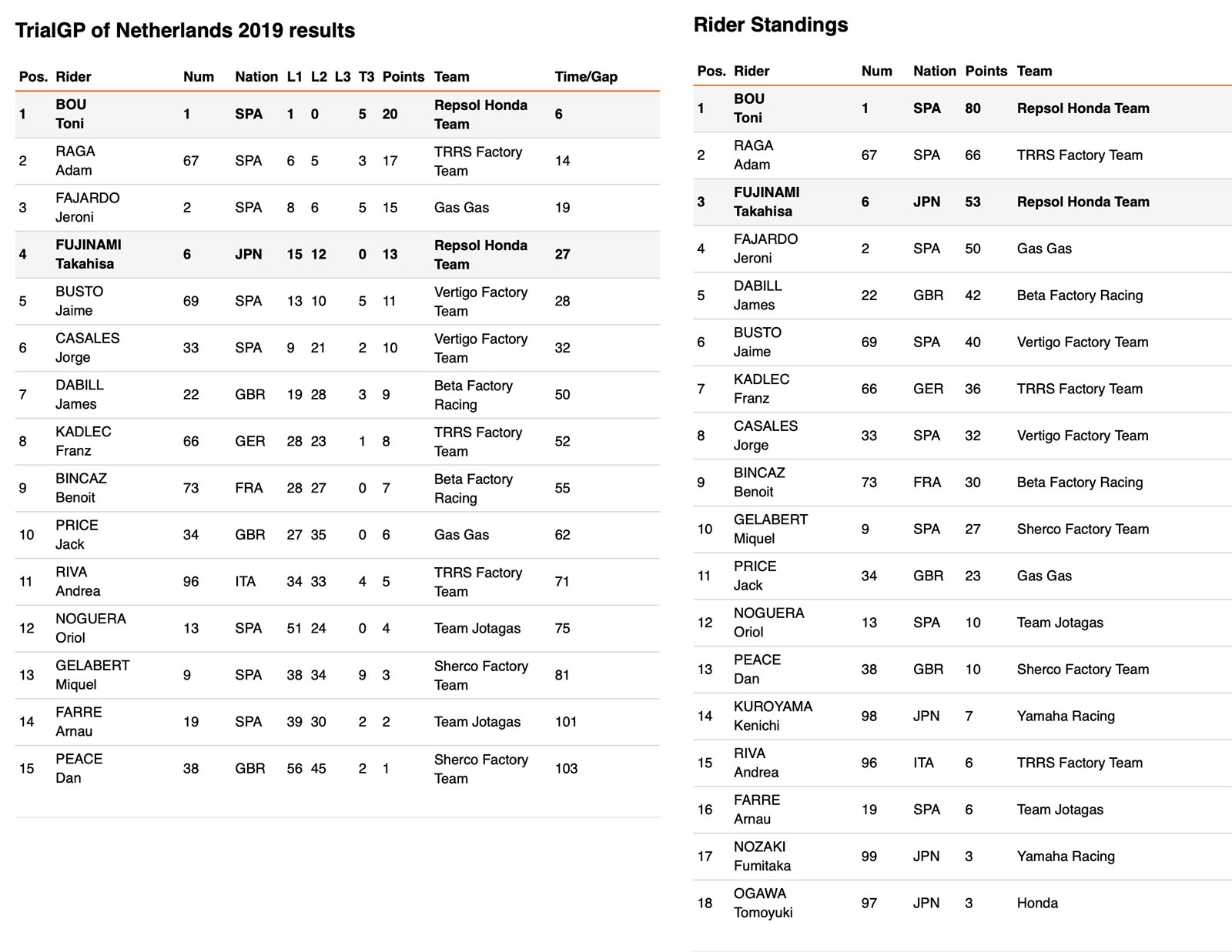