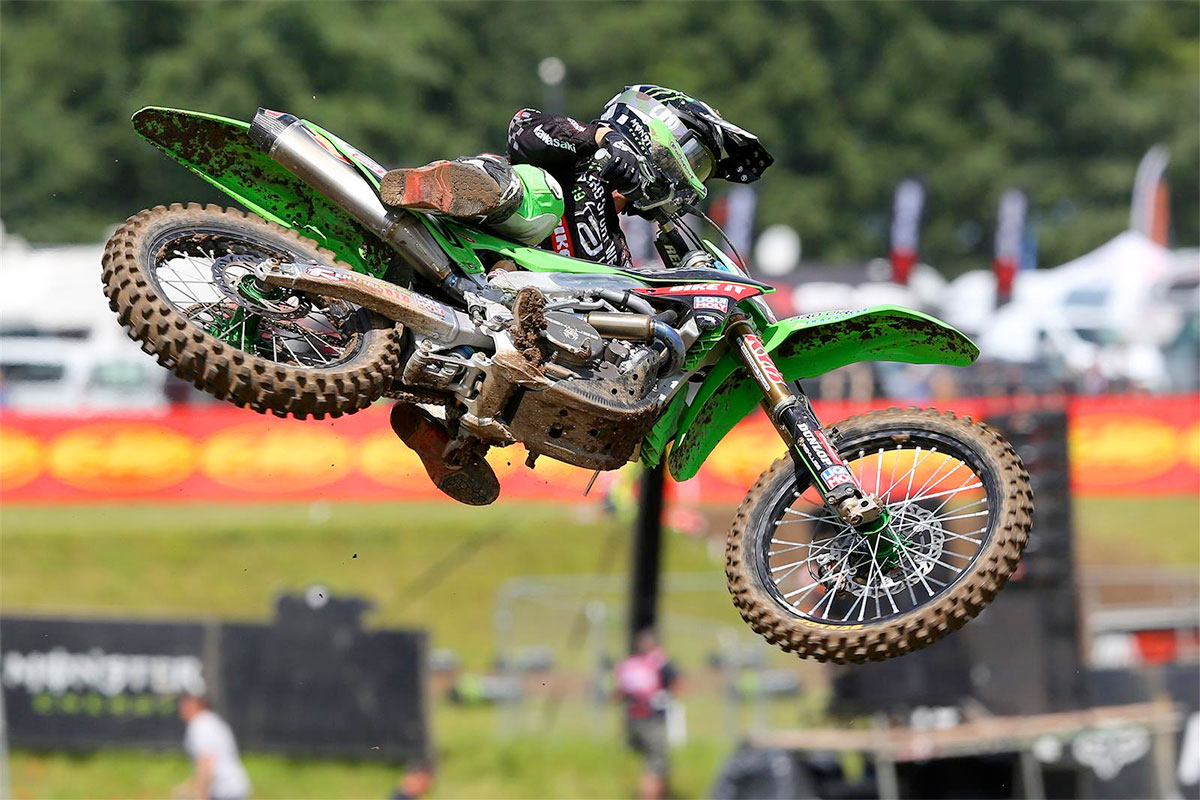 After a horror season of injuries Brit Tommy Searle is flying high again.
Tommy Searle made a successful return to the top ten on home soil at round of the FIM World MXGP Motocross Championship as he recovers from early season injuries.

The 28-year-old broke his collarbone in a first lap crash in the first moto at the Dutch GP in Valkenswaard back in March.

The Bike It DRT Kawasaki rider was still a little rusty at the starts but he maintained eighth place for most of the opening moto until a track marker fouled his rear wheel and cost him one position. Initially eleventh in race two Tommy again moved into the top ten to secure eighth place overall.

"I‰Ûªm happy. It‰Ûªs nice to get a nice result after all the injuries I had coming into this season," Searle said. "Now I feel a little more myself. I get top results in both races and was always in the top five in the practice sessions this weekend. My starts could have been better, otherwise I think I could have been even better but all in all it‰Ûªs been a positive weekend. I‰Ûªm more confident again and I feel there‰Ûªs a lot more to come now. My season has really started now; I have worked hard to get this far and now it‰Ûªs time to show what I‰Ûªm capable of achieving," Searle concluded. 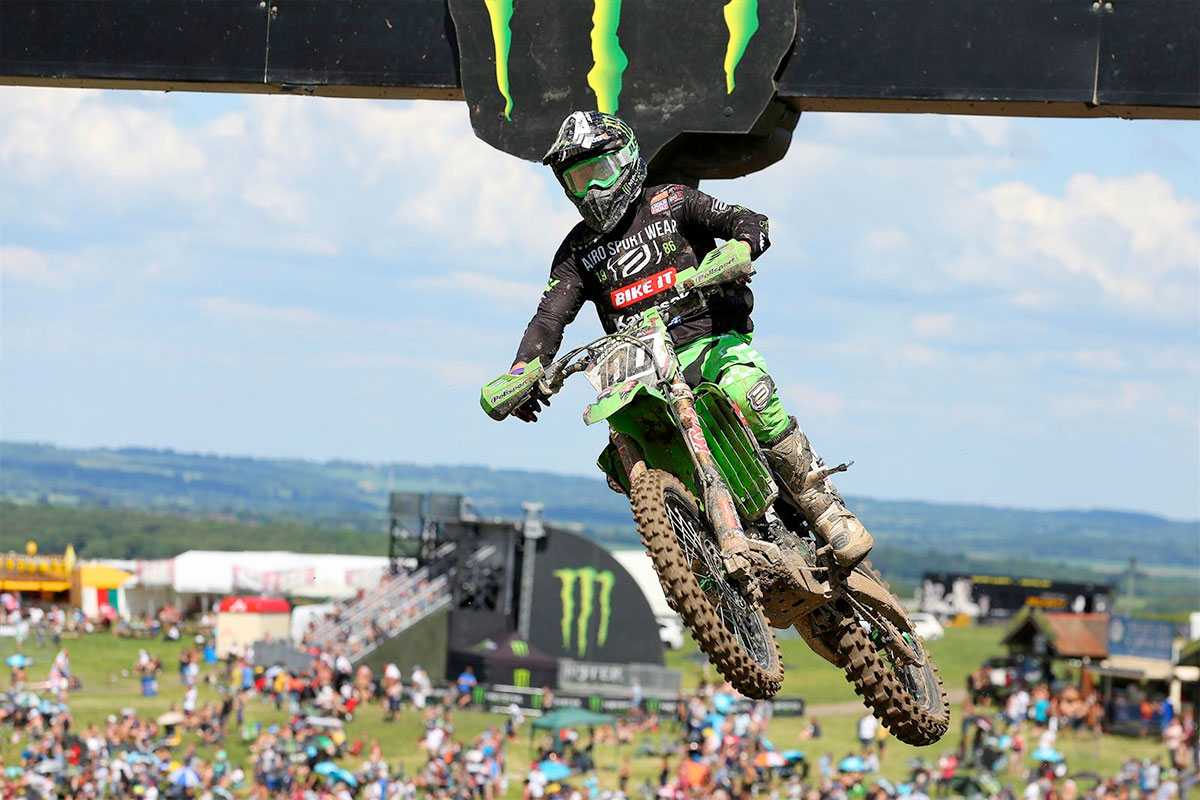 Searle was happy to be back in the top ten at his home round.