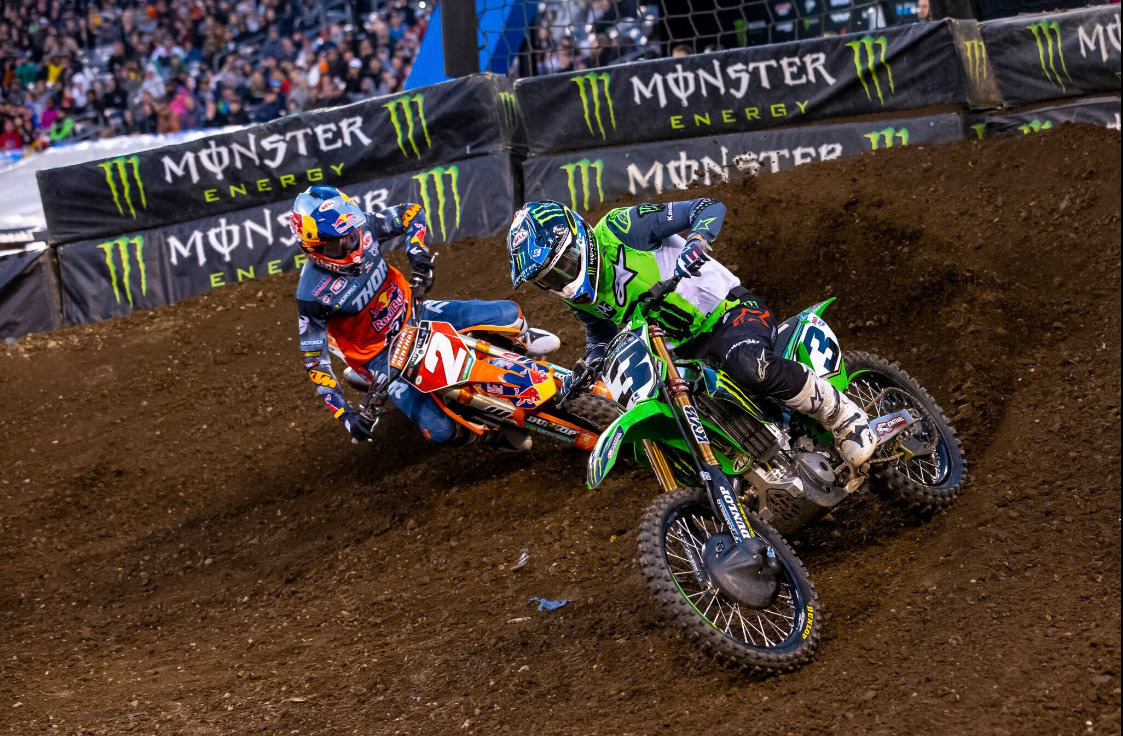 Tomac's third-place result coupled with Webb winning, allowed Webb to stretch his lead to 23 points heading into the final round in Las Vegas next weekend.
It was a night of championship frustrations for Kawasaki rider at the penultimate round of the 2019 Monster EnergySupercross Championships, with Austin Forkner seeing his championship hopes dashed, while Tomac all but ruled himself out of championship contention.

Despite both riders suffering points losses at East Rutherford on Saturday night, both riders still have a mathematical chance of winning their respective titles.

Tomac who came into the round 18 points adrift of points leader Red Bull KTM's Cooper Webb, had The MetLife Stadium crowd on their feet roaring as he battled for the lead for nearly all of the 450SX Main Event.

By the halfway point of the race, Tomac had continued his battle with by swapping positions multiple times, but just as he began to build a small gap, he made a mistake in the whoop section and went down. Tomac quickly remounted in fourth as he began to hunt down the leader once again. Tomac put on a strong charge to get back to the rear wheel of the leader, but another small mistake would seal his fate as he crossed the checkered flag in third.

His third-place result coupled with Webb winning, allowed Webb to stretch his lead to 23 points heading into the final round in Las Vegas next weekend.

Despite the knowledge that he has to win and Webb finish 19th or worse Tomac knows that anything can happen in the world of supercross and hold out hope that the championship though unlikely is not entirely out of the question.

‰ÛÏI just have to chuckle about it right now," Tomac said. "I made the same exact mistake in the whoops twice, and although it‰Ûªs pretty frustrating, ultimately, I was still able to land on the podium.

"It‰Ûªs not over, that‰Ûªs why we line up each week; so we‰Ûªll head to Vegas next week, and I‰Ûªll continue to give it my best effort.‰Û 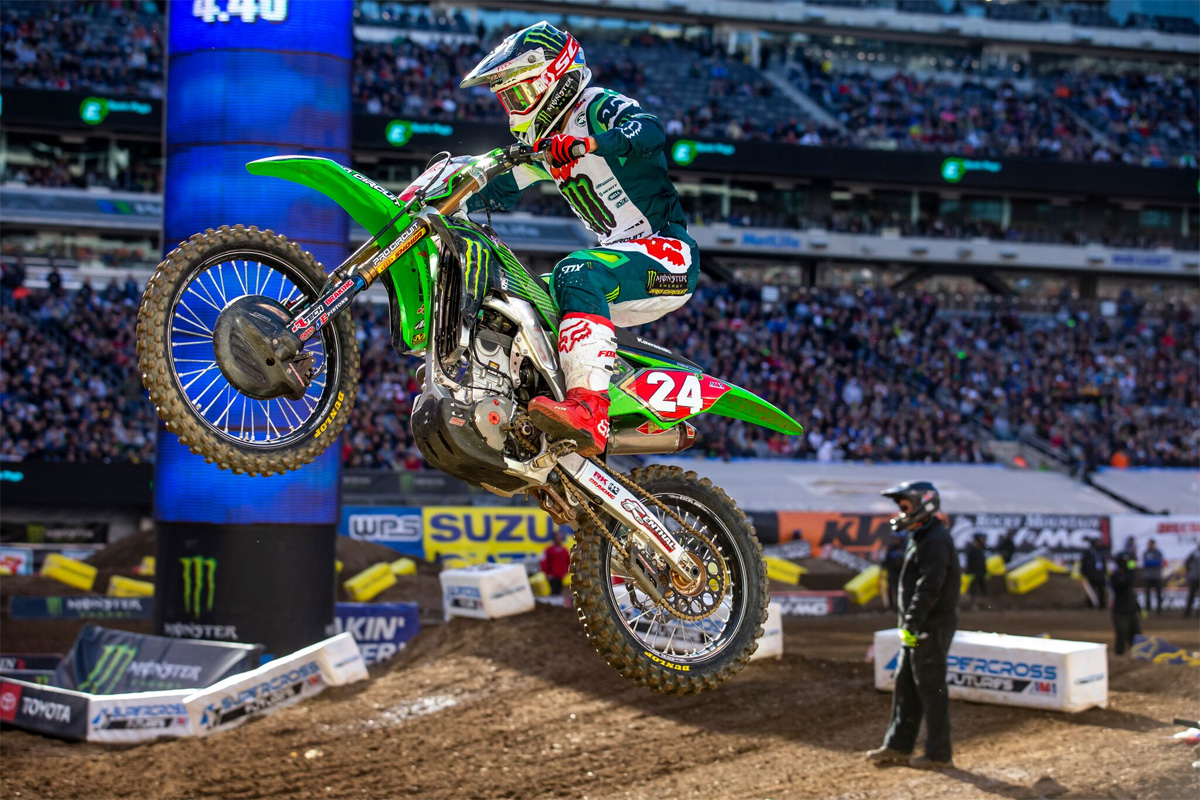 Coming into New Jersey with a positive attitude the Monster Energy Pro Circuit Kawasaki rider was hopeful that he would be able to put in a good enough race to stay in the championship hunt.

After working hard during the off-weekend, he qualified straight to the main event from his heat race, keeping his seat time to a minimum. On the start, Forkner tucked in behind teammate Davalos at the front but when he came up a little short on a landing, he knew something wasn‰Ûªt right and pulled off, being credited 22nd.

‰ÛÏWe worked really hard to make it to this point, and it‰Ûªs disappointing to see all that hard work not end up becoming a championship,‰Û