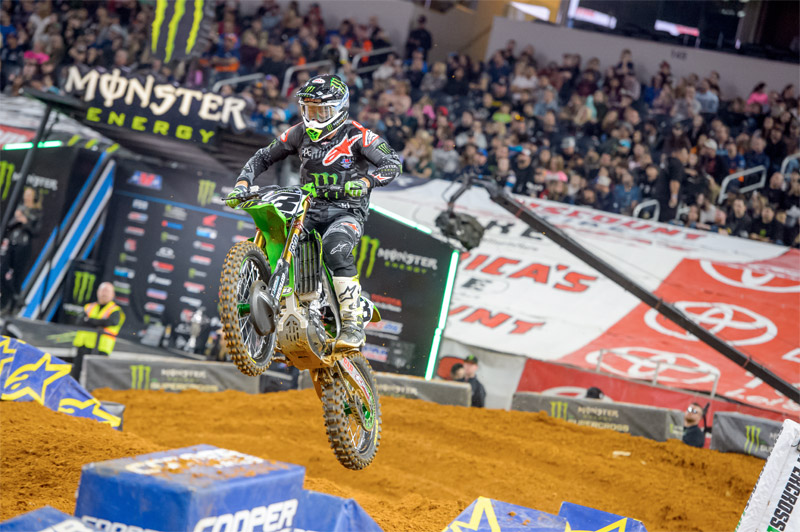 It was another exciting night of racing at the 8th round of the 2018 Monster Energy Supercross Championship in Tampa, Florida with new talent and old talent keeping the crowd on their feet all night long.

JGR Suzuki's Justin Hill was the first to excite the crowd in his first ever 450 Supercross heat race, working his way into the race lead early and holding on for a popular race win.

Australia's own Chad Reed then hod the crowd cheering him on during the entire Last Chance Qualifier as his took aim of the all time 450SX starts record. Reed never missed a beat claiming the hole-shot and racing away to a comfortable race win to put himself on the start gate for his 228th 450 main event, eclipsing Mike Larocco's recrod.

When the gate dropped on the nights main event it was Tomac and Monster Energy Yamaha's Cooper Webb who crossed the hole-shot line side by side with Webb taking the early lead through the gnarly sand section.

Musquin who started third then made his way forward, taking the race lead away from Tomac, before heat race sensation, Hill took his run at the lead, momentarily passing, Musquin, before Marvin held his line high in a turn, blocking Hill's run, will Hill hitting the deck.

Not to be out-done, Tomac made another run for the race lead and after a back and forth battle with Musquin, eventually took control with just minutes remaining in the main event and raced to his fourth win of the season.

Musquin held on for second, while points leader Anderson who rounded the opening lap in 6th, made his way through to finish on the final step of the podium and once again increase his points lead after HRC Honda's Cole Seely crashed out of the nights event during his heat race.

Webb continued his up swing as the season heads towards the mid point of the year, finishing 4th, while Red Bull KTM's Broc Tickle had his second straight impressive round finishing 5th, just ahead of Hill.

For Chad Reed, the high of breaking the all time starts record continued early in the main event as the CR22 Husqvarna rider held down 11th and was in position to challenge for his first top ten result of the year before a mechanical issue put an end to his night.

In the Championship standings, Anderson now holds a whopping 39 point lead over Musquin, with KTM mounted Blake Baggett a further 8 points back in 3rd.

Tomac's win elevated him to 7th in the championship standing, though some 65 points down on Anderson. 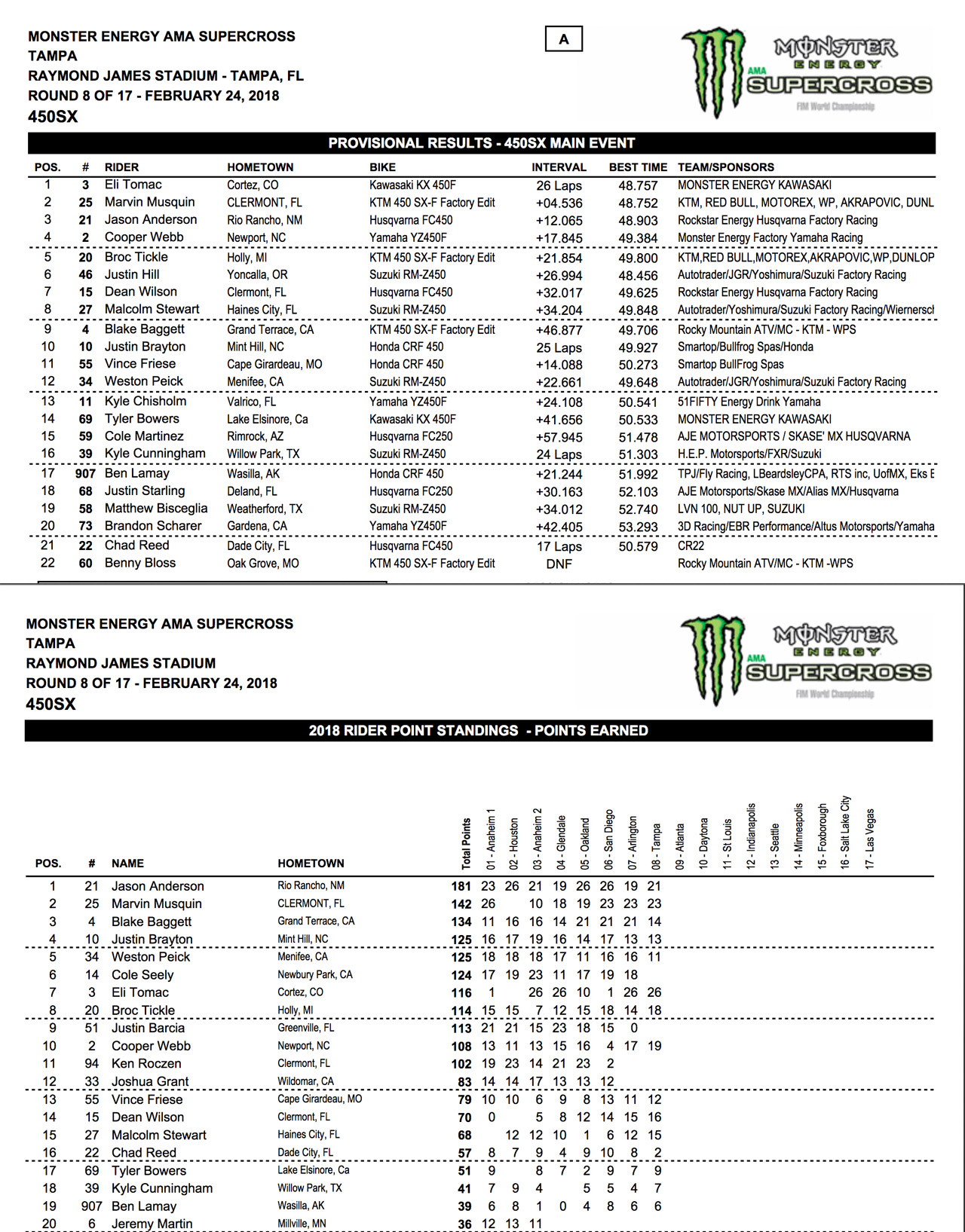