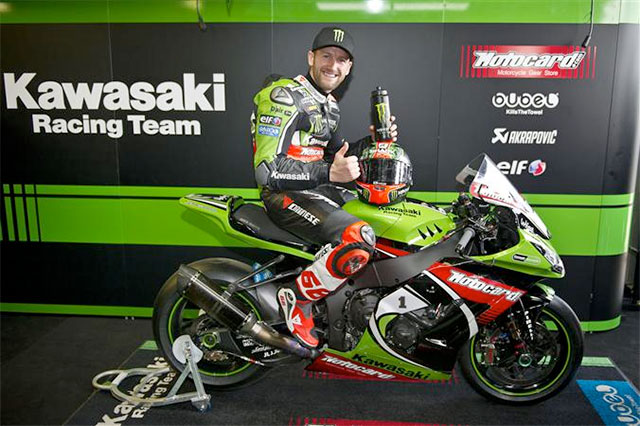 On a weekend when Tom Sykes dominated the UK round of the WorldSBK Championship his celebrations were given an added edge with the surprise presentation of his actual 2013 Championship winning machine.

In the season where Tom and the Ninja ZX-10R took 18 podium places including nine race wins and eight Superpoles, the popular Yorkshireman amassed an unassailable 447 points on a machine which could trace its roots back to 2011.

Developed into a championship winning machine thanks to KHI, KRT and the many technical sponsor partners of the racing project, the final part of the jig-saw was the formidable partnership between Sykes and his Crew Chief, Marcel Duinker. Together the duo not only created the platform for success but laid the foundations for the machine which now stands as the current Kawasaki Superbike benchmark, the 2016 Ninja ZX-10R.

Previously on display at various shows and events across Europe and then in secure storage at the KRT workshops in Barcelona, the UK round of WorldSBK was seen as the most fitting location for the presentation as Biel Roda of KRT explained:

‰ÛÏOn behalf of KHI, KRT and the many technical sponsors who were part of creating this historic machine we were delighted to pass this title winner over to Tom in recognition of not just his amazing 2013 Championship season but also his ongoing commitment and success on Kawasaki Ninja machinery‰Û 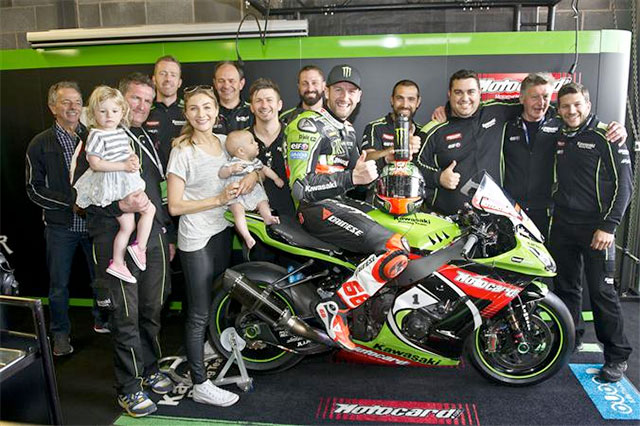