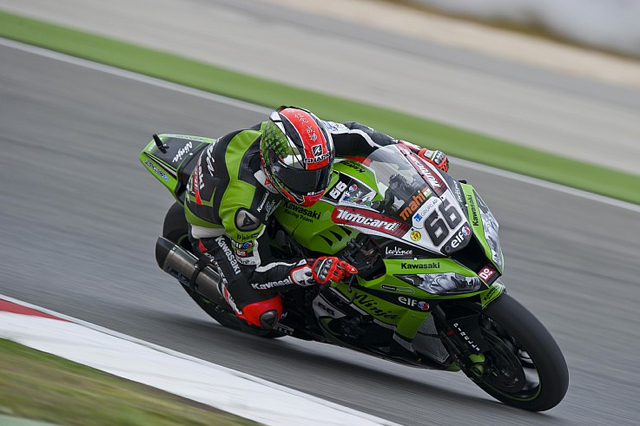 Tom Sykes of the Kawasaki Racing Team will be joined by his regular team-mate Loris Baz for the finale of the 2013 season, with Tom entering the Jerez weekend with a substantial 37-point championship lead.

Sykes, who scored the most recent of his nine race victories in the 2013 season at Magny Cours last time out, is now in a commanding position. Only two other riders are capable of catching him before the second race ends on Sunday afternoon in Spain - Eugene Laverty (37 points behind) and Sylvain Guintoli (38 points behind).

Irrespective of what his rivals do at Jerez, Tom could wrap up the championship after race one if he scores third place or better. Sykes and his official KRT squad are taking nothing for granted and will start the weekend with the intention of finding the best race set-up for the official Ninja ZX-10R as possible, and aiming for race wins on Sunday.

Sykes has made an impressive push in the past few rounds to extend his championship lead at an important period of the season. Since he retook the points advantage after race two at the NÌ_rburgring round Sykes has scored race results of third, second, first, fourth, first and first. He has led for 242 race laps in 2013, almost half of all the laps set so far. Tom has also posted 16 podiums, eight Superpole wins and 12 fastest laps.

‰ÛÏJerez is a very exciting circuit and it is one which we have tested at in the winter." Sykes stated. "We had a couple of tests there and luckily we have some good track information.

"Everything is in place for us to go there and start racing again. I hear people saying I need ‰Û÷X‰Ûª amount of points or I need to finish in this-or-that position in this race, and so on, but we just need go there and work on our own thing and see what happens after two races.

"I am expecting some of our competition to be strong but we have made improvements on our bike and we will start on Friday morning and see where we are. Jerez is a good circuit to work on to find bike set-up improvements. I am quite relaxed. This will be the last round and it all boils down to the last round ‰ÛÒ again.

Last year we were 30.5 points behind at this stage and now we are 37 points in front. We are in a much better position and that is the way I am looking at it. I just want to go and enjoy the weekend like always. Hopefully come Sunday afternoon, if all things go well, then we can really enjoy the weekend.‰Û 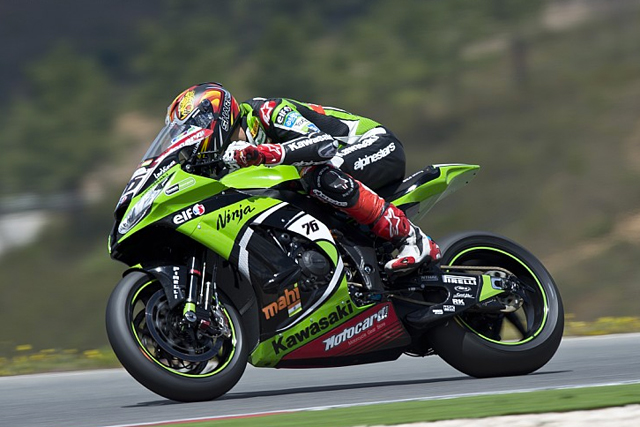 Loris Baz is looking forward to returning to the saddle for the final race of the season - Credit: Kawasaki Racing
Regular KRT rider Loris Baz will rejoin the team for the final round after fracturing a vertebra in a warm-up crash at the German round in early September The healing process has gone very well and all the indications are that Loris should be fit to ride in the forthcoming Spanish event.

He has to receive final approval by the official championship medical team at Jerez before he can take to the track, however.

‰ÛÏI went to have a scan earlier today and everything was fine." Baz explained. "The specialist was really happy because the vertebra is healing really well and really fast, so that is good.

"We are just waiting for the approval from the medical staff at the races now but all the medical people from Barcelona and Geneva say I will be OK to ride. I will try my best this weekend and I am pretty sure I should not have any pain on the bike. I will make the first session on Friday and see how it is.

"I would like to finish the season strongly but you never know how you feel after you come back from an injury. I am sure I will be able to fight near the front and I will do my best to take back the sixth place I lost in the championship standing after Magny Cours.‰Û