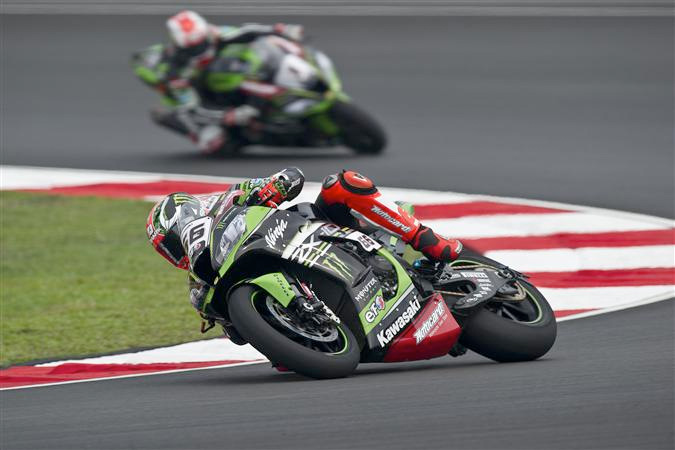 The big winners off the line in Race 1 proved to be Pata Yamaha‰Ûªs Alex Lowes and Honda‰Ûªs Michael van der Mark, with Lowes taking the lead from P2 on the grid and van der Mark slicing through from tenth to P6, before KRT duo Rea and Sykes moved through on the Yamaha. Sepang veteran Nicky Hayden, after initially losing out off the line, soon fought back up into the top 5 to chase down the lead group.

Sykes began to pull a gap on teammate Rea, who found himself chased by key Championship rival Chaz Davies. The Yorkshireman also set a new Lap Record on Lap 2, his first flying lap of the track, on his way to a commanding lead and victory. Jonathan Rea on the sister ZX-10R followed his teammate home to P2 after eventually shaking off the challenge of Ducati‰Ûªs Chaz Davies.

‰ÛÏI really enjoyed the race." Syke said. :The bike was giving me plenty of warning, well in advance.

"We were able to respond in some laps in a good way and overall I am very, very grateful for all the hard work from Marcel, Danilo and all the mechanics. They have worked overtime. We have struggled to some degree over 12 months now, and this is the first time we have come a bit closer. The fact is that we were able to be consistent for race distance, which is very nice.

"We need to look to try and improve in some areas for tomorrow, because the other guys are fast. We had a bit of a gap today but everybody will aim to improve and we need to be one of those who also improve.‰Û 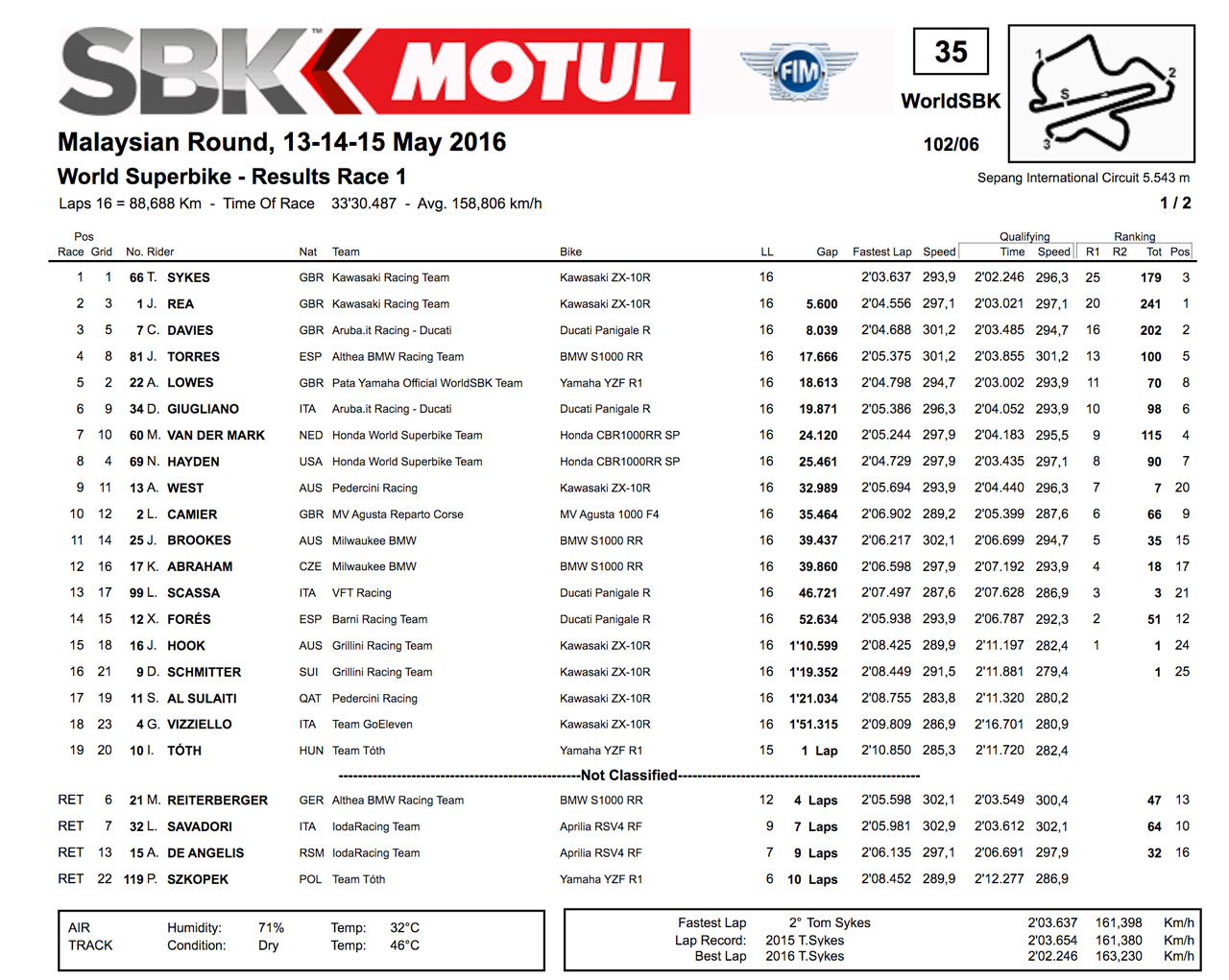