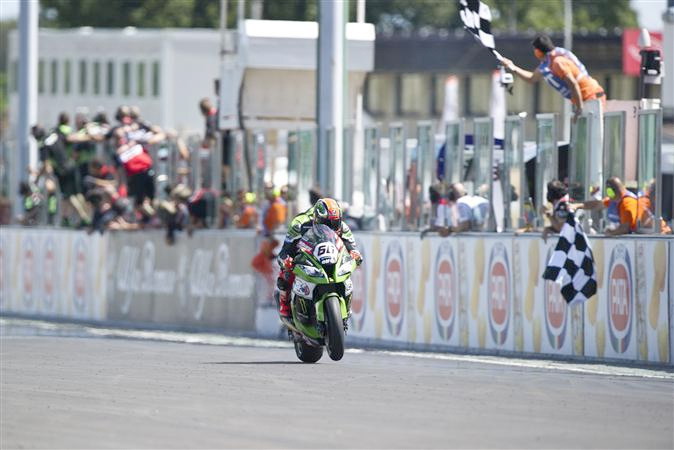 First Tom Sykes (KRT) and then championship leader Jonathan Rea (KRT) scored race victories at the eighth round of the FIM Superbike World Championship at Misano overnight Rea leaving with an extended lead of 133 points over his team-mate in the overall standings.

In the first 21-lap race Sykes rode from pole position to the win by a margin of 3.613 seconds over Rea, after the rider from Northern Ireland had opted for a different rear tyre from all his rivals and got held up in some of the early laps.

Sykes just counted the fast laps off out front to take his third win of 2015 but Rea had to fight for second in the final laps under pressure from another rider. He held on to take his 16th straight podium finish of the year.

‰ÛÏA lot of people would dream about a weekend with a pole position, a win and a fifth place but we were just not able to do it in race two." Sykes said. "I do not think I started very well in race two but from the beginning I was lacking some grip and it was very difficult to recover.

"When I started fighting with other riders I was not able to be strong where I needed to be but we tried everything we could. I knew both races would be difficult today but we had a great race one. We were just not able to repeat it in race two. We have had positives and negatives this weekend and we will move on to America now.‰Û 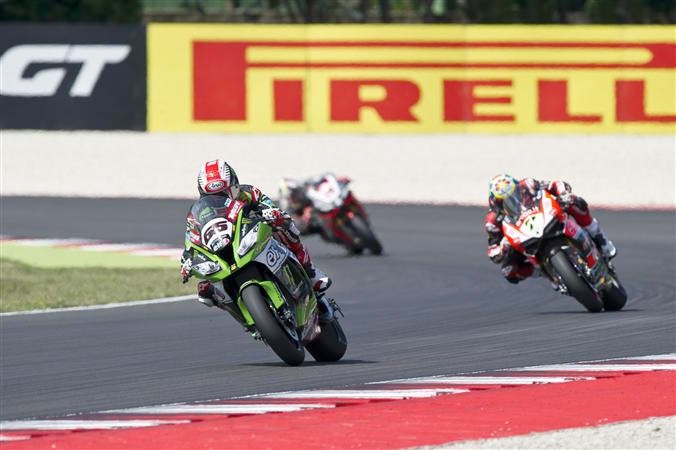 Jonathan Rea once again extended his championship lead at Misano
In race two there was more of a tussle for all the top riders with Rea overhauling long time leader Davide Giugliano to take the 25 points. Haslam completed the podium with Davies in Fourth. Sykes had more difficult finding the required traction in race two, and dropped from the lead he held for six laps to finish fifth.

‰ÛÏObviously we have to start to think about the championship now but I wanted to win today." Rea commented. "In race two Davide Giugliano was a good marker to understand my pace and then with a few laps left I made a move to pass.

"We made a great race and I think at the end we are using our rear tyres better than some others. We changed our rear tyre choice from race one and that was always the plan, as the morning was a bit cooler.

"Kawasaki has given us a bike to win and they proved that today with Tom winning race one and me winning race two. I am so grateful to be in this position and to have the opportunity to fight to wins.‰Û 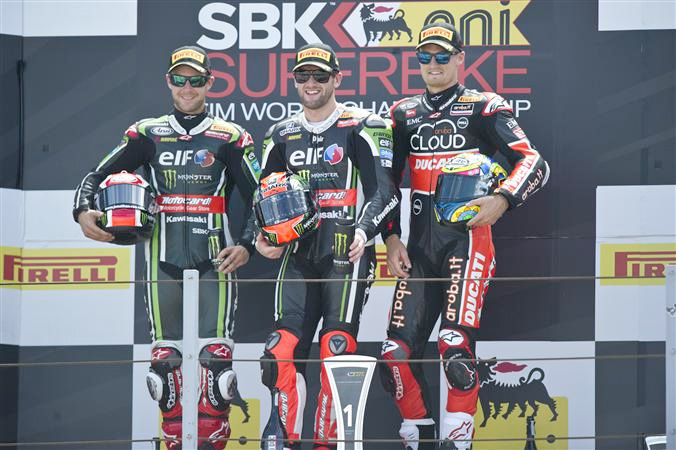 Top Image: Tom Sykes on his way to the race one win in Misano