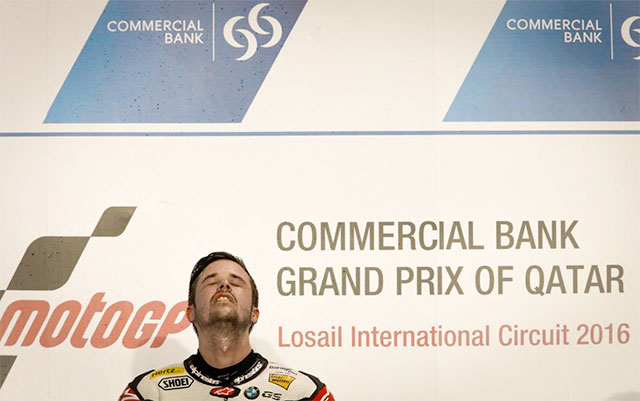 Starting from pole position and having won the 2015 edition of the Commercial Bank Grand Prix of Qatar, many saw Jonas Folger (Dynavolt Intact GP) as the race favourite. The German got a great launch from the line and soared into the lead, unaware of the issues unfolding behind him.

Takaaki Nakagami (Idemitsu Honda Team Asia) and Sam Lowes (Federal Oil Gresini Moto2) settled in behind Folger, but the German was off like a rocket and opened up a one second lead by the end of the first lap. Lowes and Nakagami were joined by Tom Luthi (Garage Plus Interwetten) but disaster quickly struck for a number of riders behind. 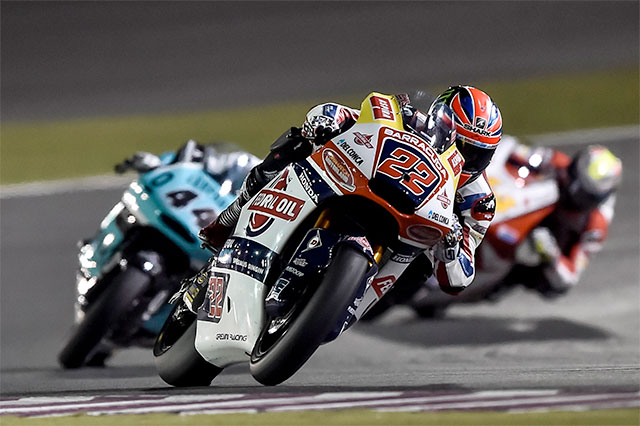 After being one of the fastest all week, A ride through penalty for jump start stopped Sam Lowes' fight for victory
While this drama was unfolding, Folger continued to push at the front but the German quickly found he had exceeded the limit and fell at Turn 4, crashing out of a comfortable lead on the third lap. ‰ÛÏI was pushing really hard to make a gap, it would have been the last lap of pushing hard. It was my fault, I expected a lot more,‰Û