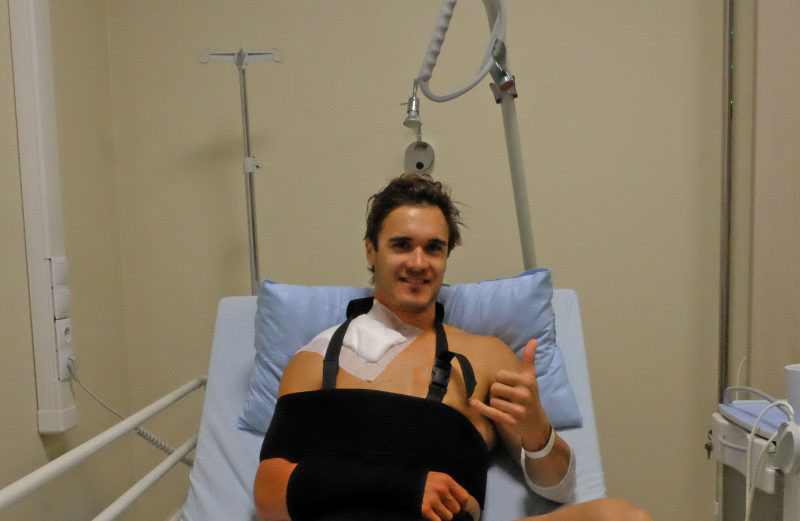 The operation, which lasted around two hours, was performed at the ORTO Klinika by Dr Valdis Andersons to insert a metal plate and fix it to the bone with eight screws.

Waters is now travelling back to the Netherlands, where he will start his recovery with the goal to re-join Team HRC and return to action when back to full fitness.

"Obviously I‰Ûªm really disappointed with how the weekend went, especially as I felt I was finally getting rid of nerves and showing some speed," Waters said. "It‰Ûªs a pity, but we had the operation and we‰Ûªre now ready to head back to Holland. My girlfriend is flying from Australia and she‰Ûªs a physiotherapist, so towards the end of the week we‰Ûªll start with the rehab programme.

"It‰Ûªs the collarbone, so it‰Ûªs not the end of the world; it has happened to me before and we have a strong programme in place to get back to racing as soon as possible," Waters continued. "The team has been so supportive all along as they came to visit more than once to make sure everything was under control. This is nice: it makes me feel at home and welcome in the Honda family. I feel privileged and even more motivated to get back and do well.