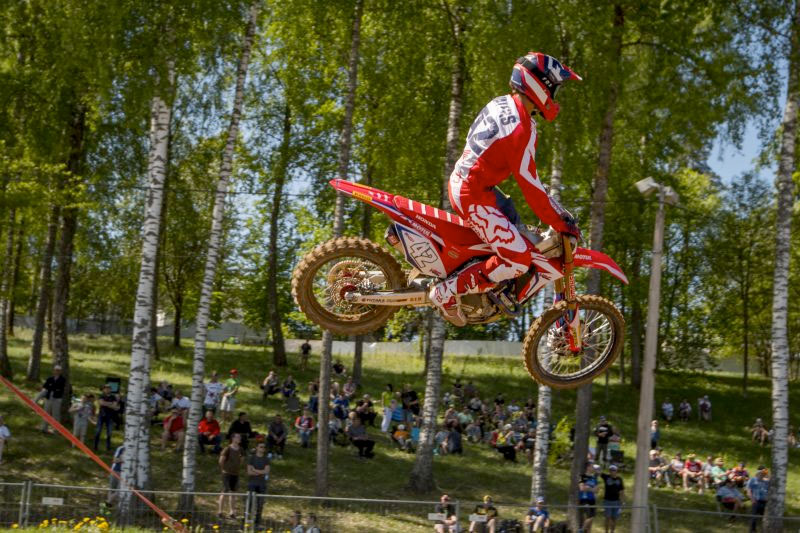 Waters had an unfortunate end of what was shaping to be a very positive debut moto for the 27-year-old Australian, who was running in eighth place before overshooting a jump and being thrown over the handlebar after a hard landing, resulting in a suspected Collarbone injury. Todd is now heading to Latvia‰Ûªs capital-city Riga in order to undergo more extensive medical evaluations, more information will follow when available.

"Well there is not much to say, really," Waters lamented. "It was my first day back in MXGP and obviously I was a bit nervous in the first two sessions, but in the race I managed to get all the way up to the top-ten and had a good pace.

"I was in eighth place and closing in on Jeremy Seewer, but then I jumped a bit too long on the uphill double, landed straight into the braking bump and got thrown over the handlebar. Obviously I‰Ûªm devastated: this is surely not the way I wanted my MXGP return to be, but that‰Ûªs racing: all we can do now is to do whatever is needed to be back on track as soon as possible ‰ÛÒ and as fit as I can. I want to thank the team for their outstanding work, as I was really enjoying riding the bike this afternoon."

Marcus Pereira de Freitas - HRC General Manager - MXGP, added, "Todd had a very competitive pace up to the crash, which was the last thing he needed. Now we‰Ûªre doing all we can to support him and make sure he can come back as early as possible, but we‰Ûªll know more soon. 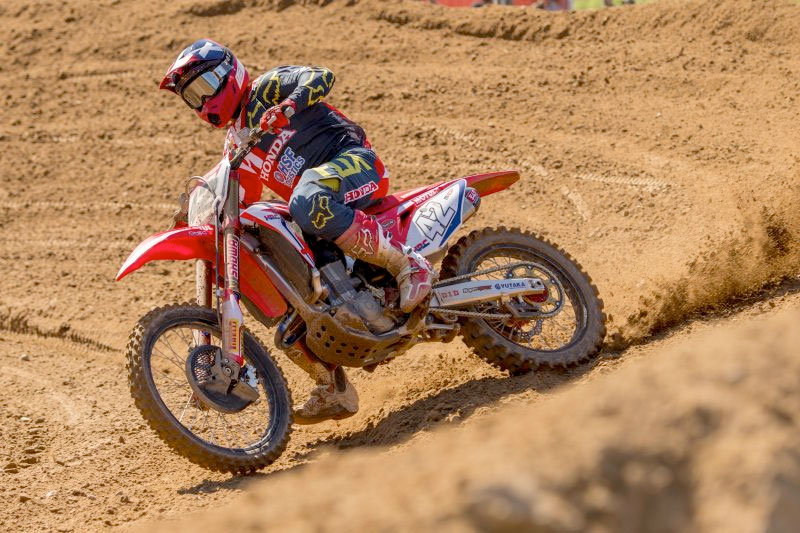 Waters will undergo medical tests to find the extent of damage today.