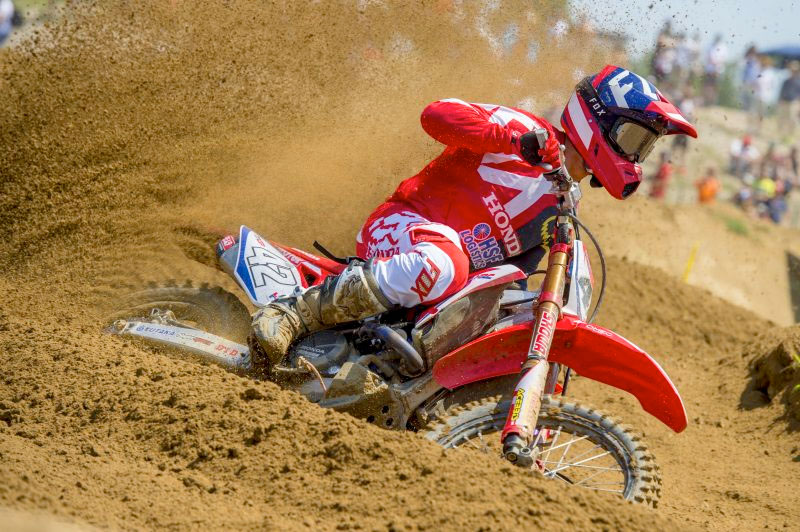 Although a 20th and DNF doesn't sound good on paper, it was a good result for Todd Waters considering he had only had a couple of session of riding since breaking his collarbone 4 weeks ago. Photo: @shotbybavo_16
HRC's Todd Waters has completed his first round of MXGP racing at Italy‰Ûªs Ottobiano circuit were the Australian finished in twenty second place overall.

The 11th round of the 2018 FIM Motocross World Championship marked Waters return to racing after his debut as the teams stand in rider at the Latvian GP four weeks ago ended with a broken collarbone. With very little bike time and a lack of race fitness the MXGP of Lombardia was always going to be more a toe in the water exersise rather than a full on race assult.

In the opening moto of the day Waters‰Ûª performance was compromised at the very beginning as he went down at turn one after a coming together with a rival. The 28-year-old managed to get back on the bike and with a 20th final position, he claimed his first point of the year in what was his maiden Sunday moto of the 2018 edition of MXGP.

After a solid start in moto 2, Waters ran as high as twelfth before retiring during the fifth lap due to crash. 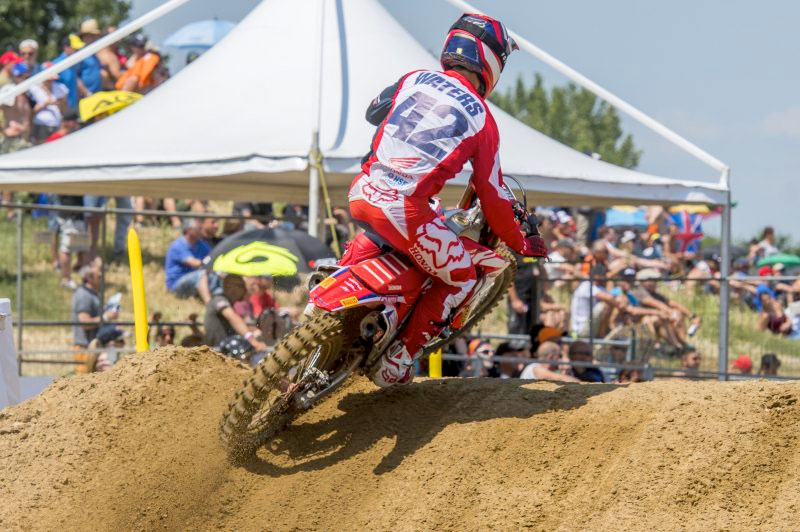 Waters admitted to having a lack of strength but has now set his sights on the next round in Indonesia and being as fit as he can for that. Photo: @shotbybavo_16
"I fell off the back of the bike through the rollers in race two and caught the bike on the inside of my leg," Waters explained. "I picked the bike up and everyone went past, so I tried to continue but I couldn‰Ûªt ride the way I wanted and the pain was there and increasing, and since I wasn‰Ûªt fast enough to come through the pack I opted for an early retirement ‰ÛÒ instead of risking another crash.

"Until then it wasn‰Ûªt too bad, I felt good on the bike and I was riding much better, I just crashed," he continued. "I lost a lot of strength in my upper body due to the injury and that made me struggle throughout the races ‰ÛÒ and generally speaking I‰Ûªm nowhere as fit as the other riders, who have done winter testing and half a season more than me. But we‰Ûªll use the time from here to Indonesia to get as fit as we can, then do it all over again!"

Team manager Marcus Pereira de Freitas added, "It was nice to have Todd back even if we knew he was nowhere near 100% fit, but he worked hard and rode well until the crash in race two, so we‰Ûªre happy and look forward to seeing some more out of him soon!"

Waters will be back in action when the Championship resumes with the Grand Prix of Indonesia, Pangkal Pinang, July 1st 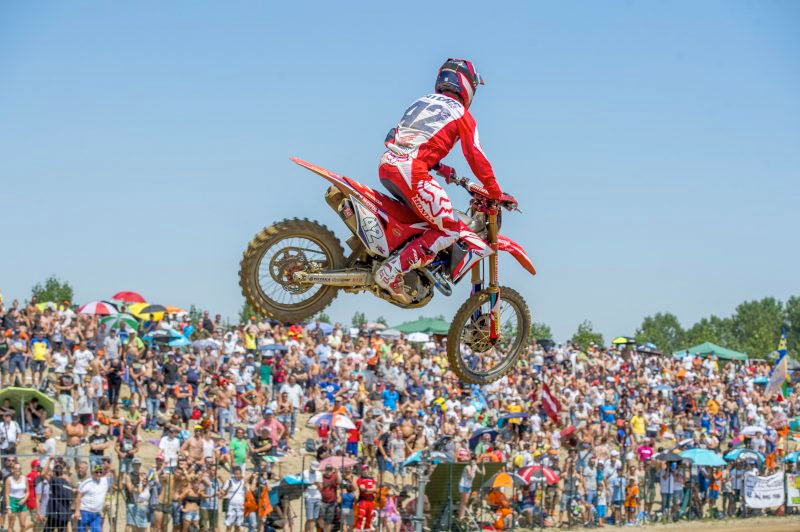 After crashing in qualifying at the Latvian GP, Waters successfully completed the whole event in Italy. Photo: @shotbybavo_16