Todd Waters Races To Another Strong Showing In Brazil 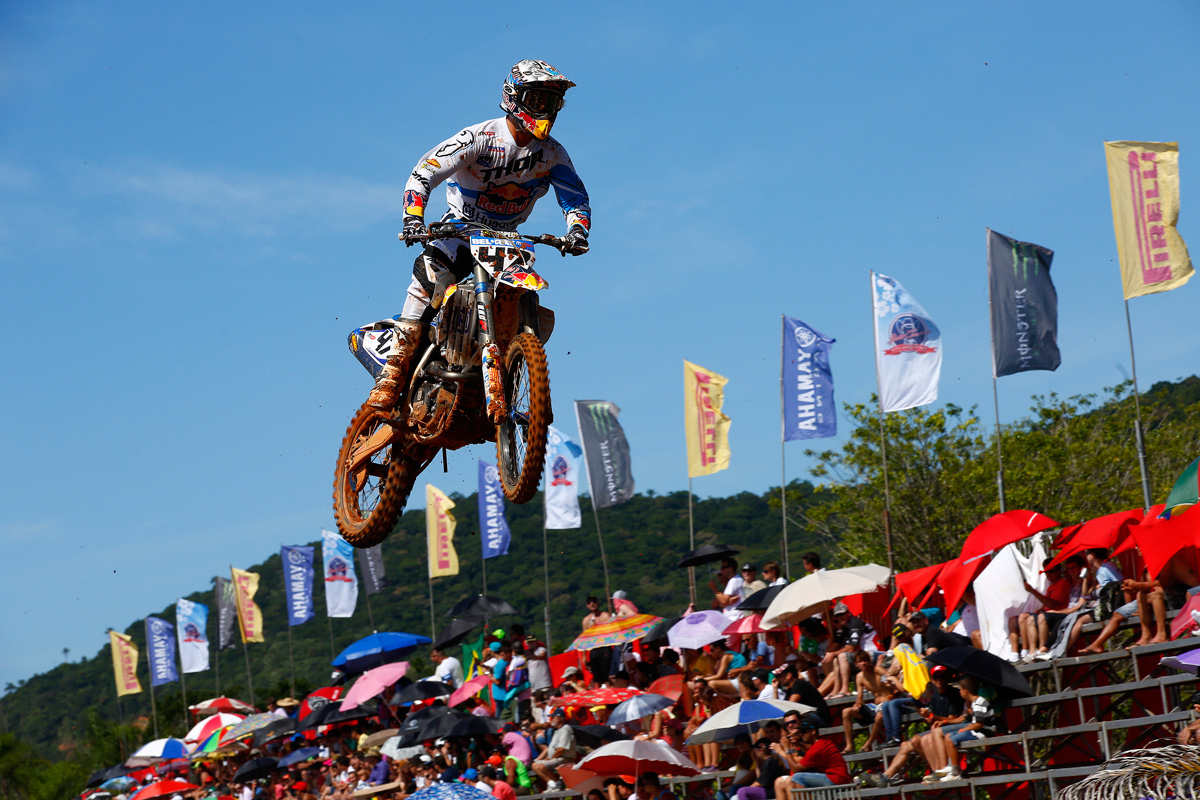 The GP of Brazil saw the Waters race to an impressive seventh in the first moto, battling with the MXGP front-runners for the full duration of the race and showed his best form of the championship so far.

In giving the opening moto his all Waters was unable to push quite as hard in the second race. Nevertheless he finished 10th and having showed that despite his relative lack of GP experience he‰Ûªs quickly getting to grips with the Motocross World Championship.

‰ÛÏIt‰Ûªs been a tough GP, but I‰Ûªm really happy with the fact that I was racing at the sharp end of things in the first moto." Waters enthused. "We‰Ûªve taken a good step forward and to be battling with the top guys for a full moto is great.

"I gave the first moto everything, and I guess I was a little drained in the second moto. I‰Ûªm still getting used to the GP format," he added.

"I feel I showed my true potential in the first moto, but the second race was hard for me. It‰Ûªs been an amazing GP, more like a supercross with the crowds being so close to the track.

"After the first three GPs I feel like I‰Ûªve learned so much and we‰Ûªve made some great steps forward with the bike. I‰Ûªm looking forward to racing in Europe now.‰Û