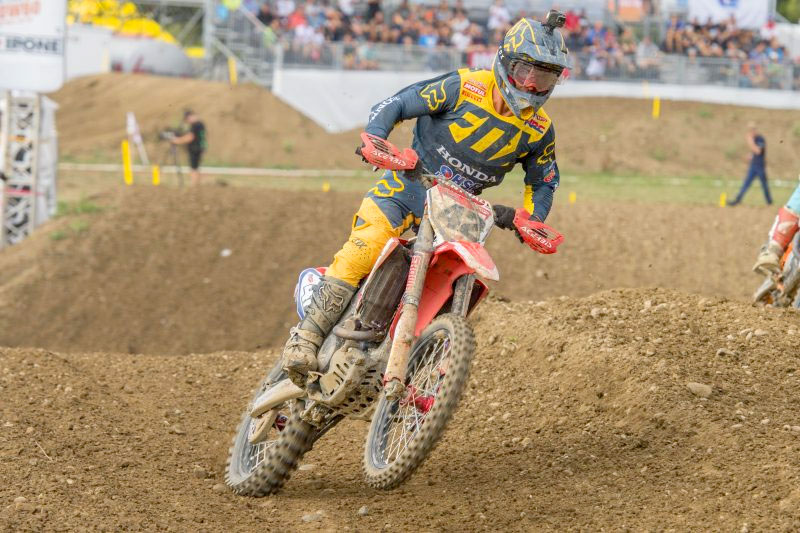 Waters carded a 14-18 result for 17th overall. Photo: Bavo
HRC's Todd Waters has made small improvements at round 16 of the FIM World Motocross Championship in Switzerland on the weekend, moving closer to a top ten result.

The Australian ran as high as 14th in the first moto before being overtaken by team mate Tim Gajser with four laps to go.

The first half of the second race was unfolding in a very similar way for the 27-year-old Australian rider, who unfortunately dropped a few places in the final four laps and was 18th at the chequered flag earning 17th overall for the round.

"Yesterday‰Ûªs qualifying race was not good, so the poor gate pick did not help. I woke up this morning and I was motivated to do everything I could to make a difference. We were battling around the top-15 in both races ‰ÛÒ despite not so great starts ‰ÛÒ and whilst in the first race I was able to maintain the position until the end, in the second one my form faded out towards the end. Nevertheless, we made some baby steps and my feeling with the bike has improved a little bit, so the goal is to continue in this direction and keep improving in the next two rounds."

Marcus Pereira de Freitas, HRC General Manager - MXGP, is still hoping for a return to the top ten, Saying; "Todd showed some improvements and that‰Ûªs good news, although there‰Ûªs still a lot of work to do to get closer to the top-ten." 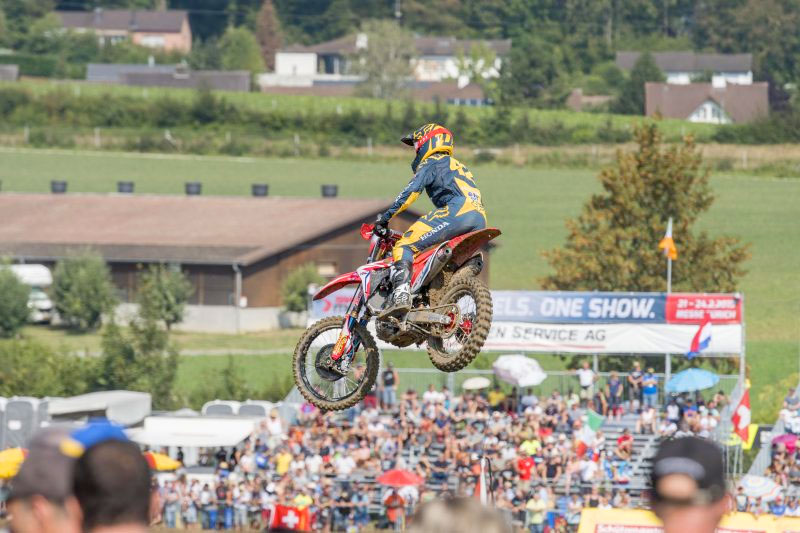 Fitness is still an issue following his injuries with Waters admitting that he struggled towards the end of the second moto. Photo: Bavo